Here we are – Class of 2023!!!  And we rolled right into the senior sessions on a perfect day in the B’ham with Rachel and her delightful mom Erin at Quarton Lake.  Even Chewy the wookie – okay the pup – joined on location to protect us lol…  So let’s get to the highlights!  We’re so excited for the new season! 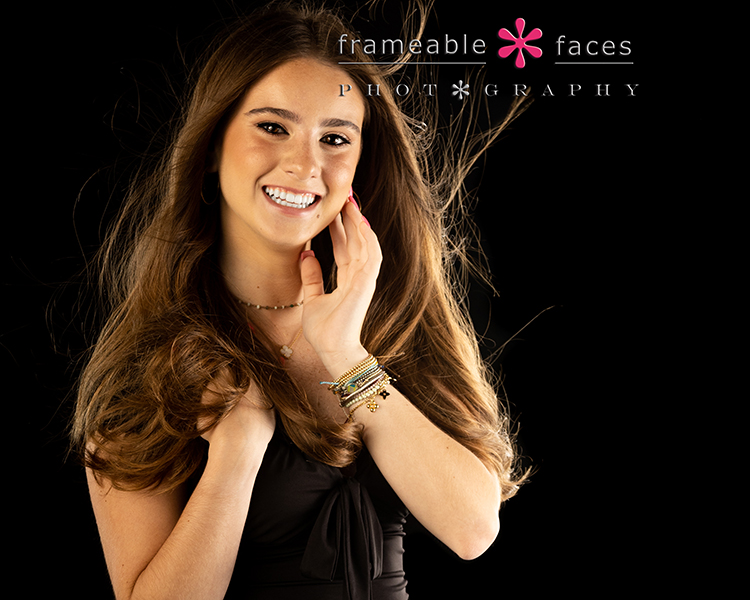 Let’s also give a shoutout to Mandy Rose Studio for Rachel’s hair and makeup, and we have some behind the scenes here first on Instagram:

At this point we headed to Birmingham and the weather was perfect! 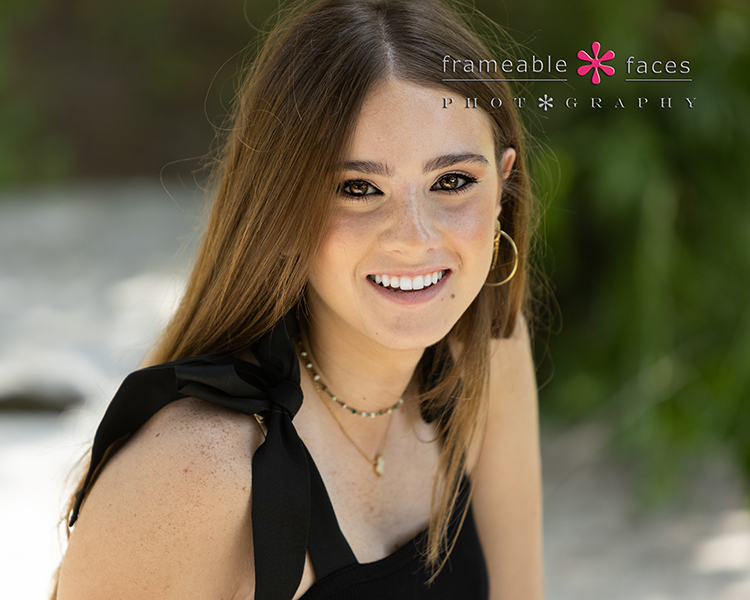 Now it’s Chewy’s turn!  Here’s the fun behind the scenes of the little guy getting into the mix from Facebook!

…and the adorable result! 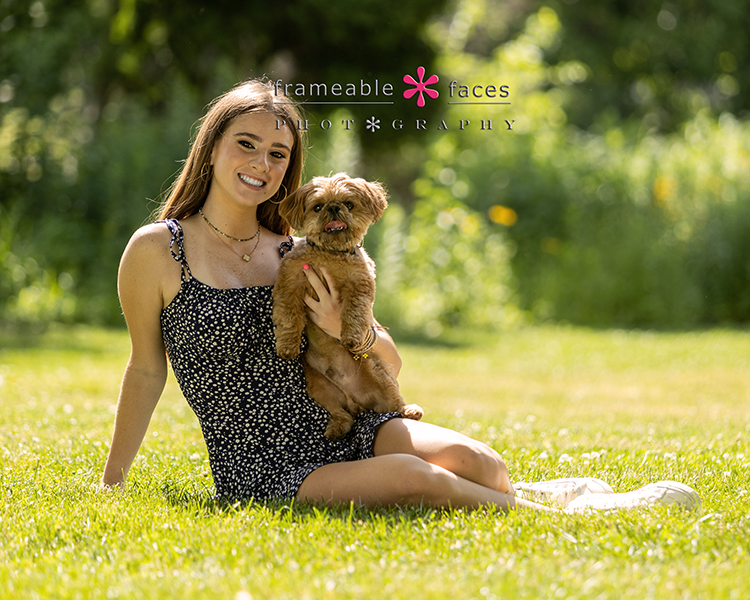 We’ll leave you with one more… 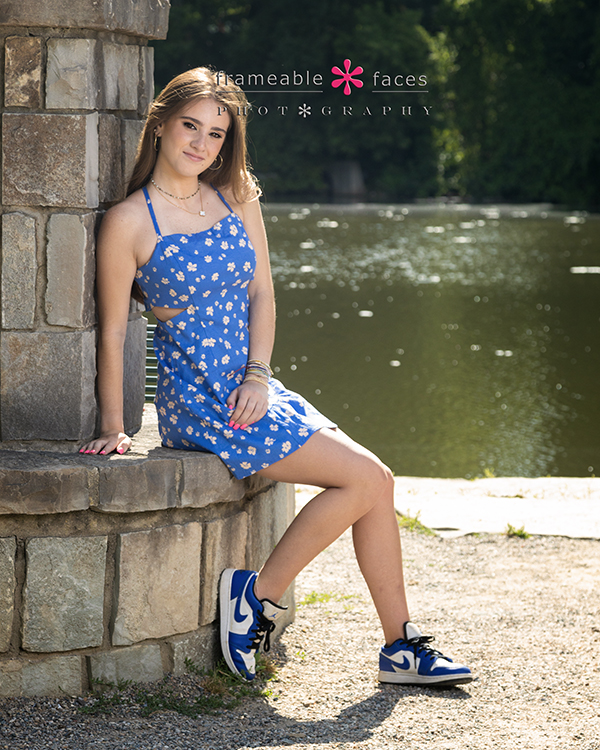 And there you have it – rolling with Rachel right into the class of 2023!  Senior season is officially underway and we hope you enjoyed the highlights of our day with Rachel to kick it off!

Chloe is the third senior we’ve “borrowed” (hehe) from this family to put in front of Ally’s camera after sisters Alayna & Emily, but the third time is a charm since she’s the first spokesmodel from this fam!  All these girls are delightful so it’s not a surprise that Chloe is carrying on the tradition so well, it’s just cool that we get to photograph her twice!  Today we’re highlighting a few images from her spokesmodel session and the great day we had with her and her mom Krista as she represents the Birmingham Groves class of 2019! 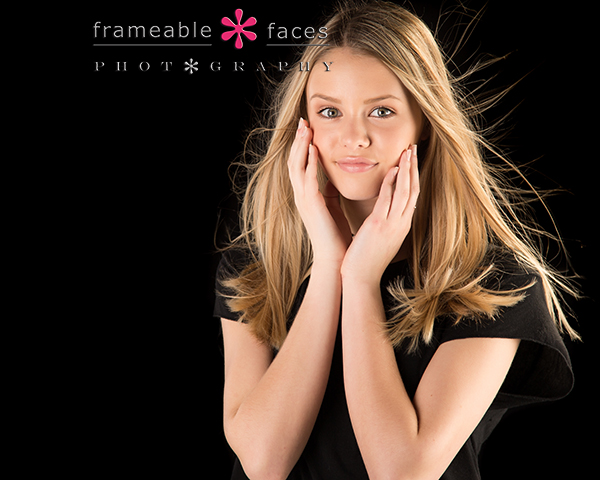 Next we broke out our pink backdrop which usually makes a couple of appearances in each senior class and we have some fun behind the scenes on this one from Facebook Live!

And here’s a pink pic: 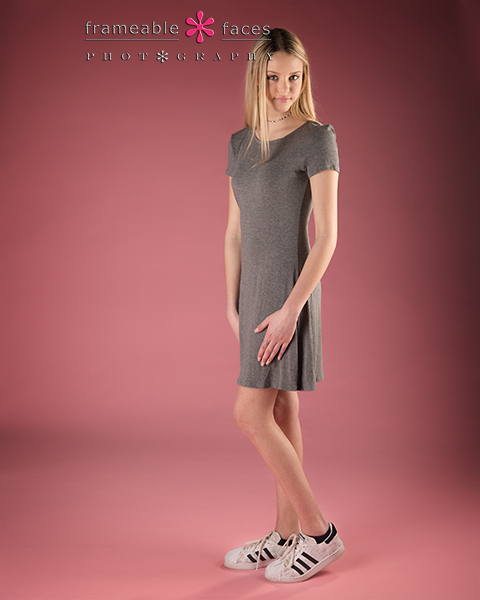 At this point we headed outside – first to one of our favorite nature preserves for a few photos on a set of flat rocks we call “The Slab”: 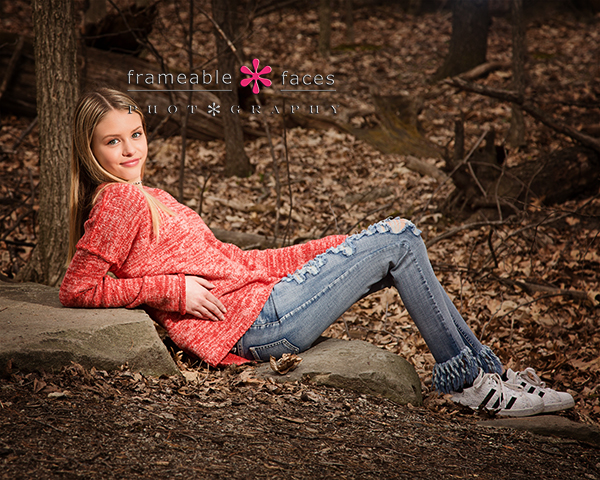 And we have more behind the scenes fun from this part of the session from our Instagram Live – this is the raw video without comments from our YouTube Channel.

The last photo we’ll share was at the end of the session and involved a little adventure – a passerby suggested we walk about a “fifth” of a mile down the pathway to a “decking” with a great view.  It was more like a mile, we wouldn’t say it was a “decking” even though we’re not totally sure what a “decking” is supposed to be, and it wasn’t much of a view.  We were a little salty.  BUT – we still got a couple of amazing photos on the trail and this one is definitely one of our favorites from the day!!! 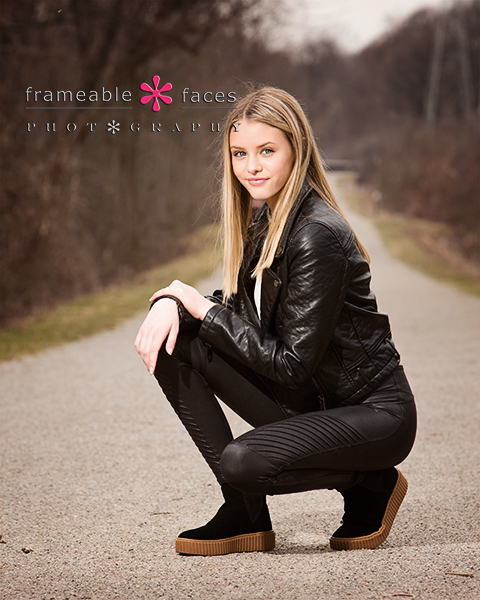 And that’s a great one to finish with!  The third time was definitely a charm with Chloe and we hope you enjoyed the highlights of our day with her!

How to build a senior…..  Hmmmmm.  Well we’d start with some nice, add some smart, toss in a dose of passion, maybe some good looks (but that’s an optional ingredient), and we’d wrap it in a great family before we pop it in the oven to bake.  And hey look!  It appears we would build Nick!  Nick is a guy you just want to be around – just an all around good dude who is smart and dedicated as all get out to his twin passions baseball and football which he plans to play one of at the next level.  Heck he took one (?) day off transitioning from one to the other as he readies himself for his senior season as a captain at West Bloomfield playing in “The Swamp” (more on that later).  Actually you may remember Nick from his spokesmodel session and you may even remember his sister Emma who was a Frameable senior too!  What a great family – and mom Teresa is a delight too – she even reprised her role briefly guest hosting some of the behind the scenes live streaming (more on that later too hehe)!  So let’s get to it.

We Would Build Nick

It was nice to be able to get outside in the nice weather for a change with our guy since the last time we were on location with Nick he was being pelted by snow!  We focused first in downtown Birmingham for a few urban shots which came out really cool: 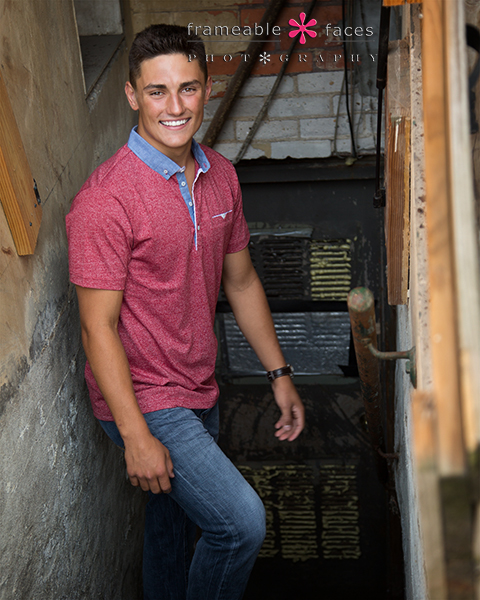 We also have plenty of behind the scenes fun as usual…  first we went live on Facebook – don’t miss Nick’s awesome sign off at the end… hehe….. 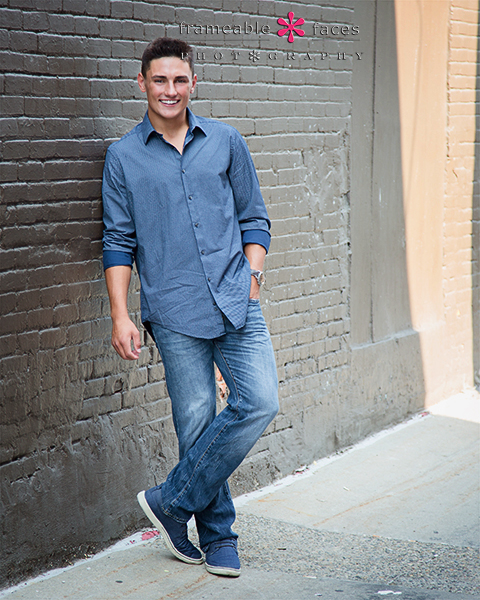 Plenty of walls and cool surfaces to use in Birmingham and Nick was prepared with the full pop up wardrobe suitcase for a few outfit changes. 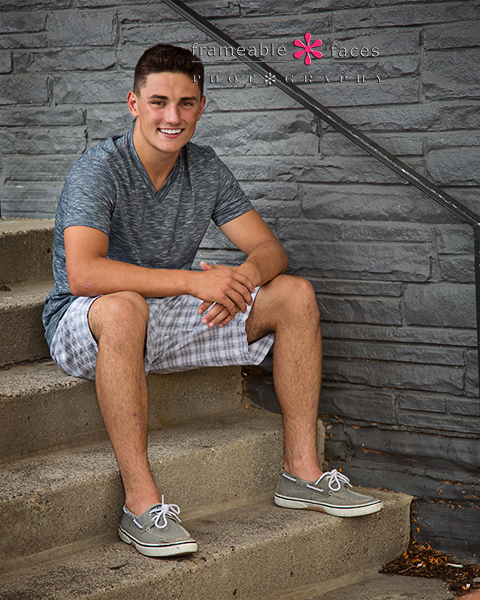 At this point it was time to head over to WBHS – to “The Swamp” where they had just finished installing the brand new turf at the stadium which does indeed include the words “The Swamp” written across the turf on the home sideline!  They have a pretty rowdy and dedicated student section at the home football games!  We went live on YouTube for this segment (I didn’t realize I had my screen lock on at the beginning – but that’s LIVE – you just go with it).  The “Teresa Takeover” happens around the 6 minute mark!

And here is an awesome shot of Nick on the very field he and his Laker teammates plan to dominate this fall! 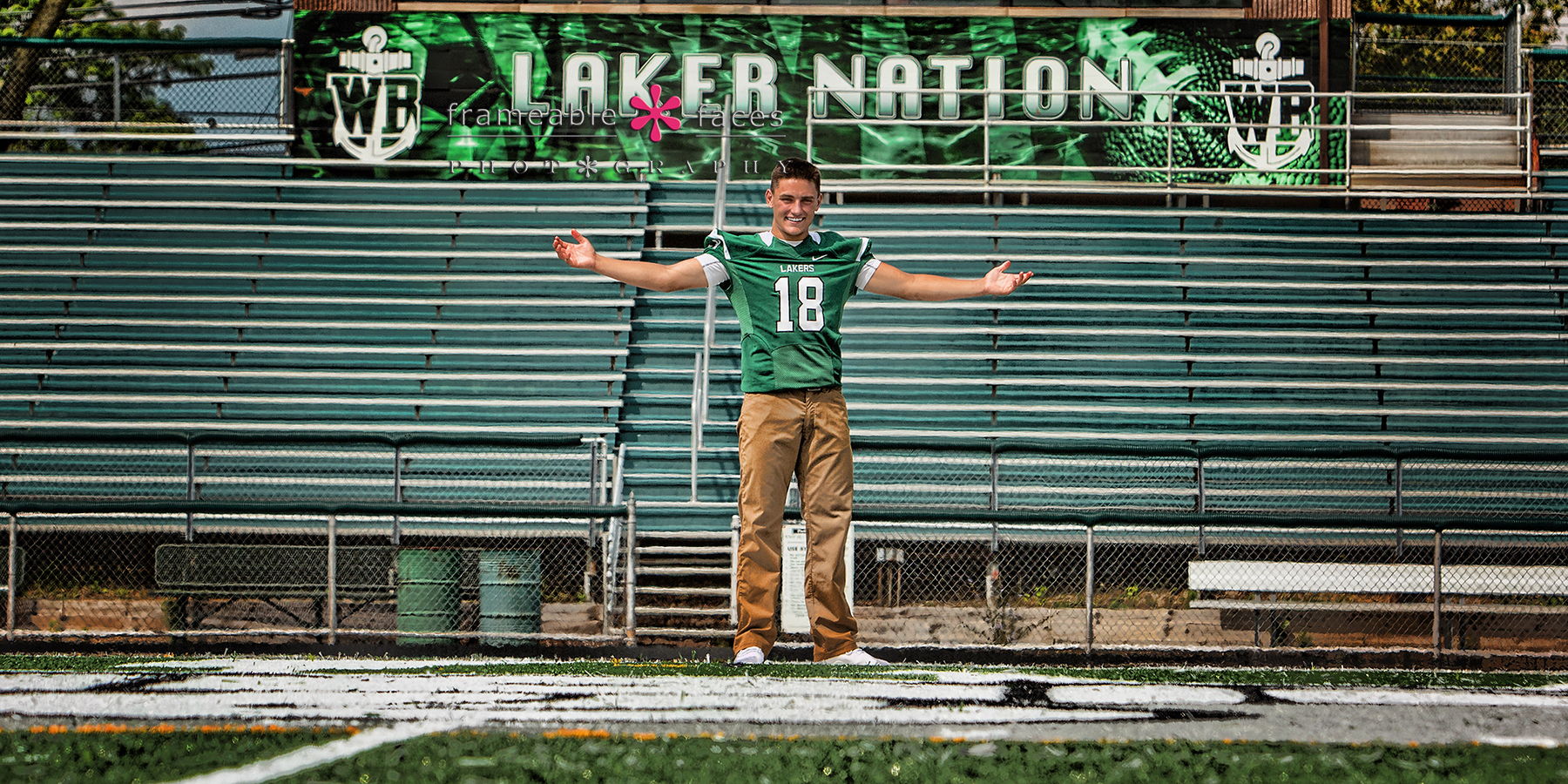 So there you have it!  Nick’s session rocked and we hope you enjoyed the highlights of our day with him!  If we were going to build a senior from scratch we would definitely build Nick! 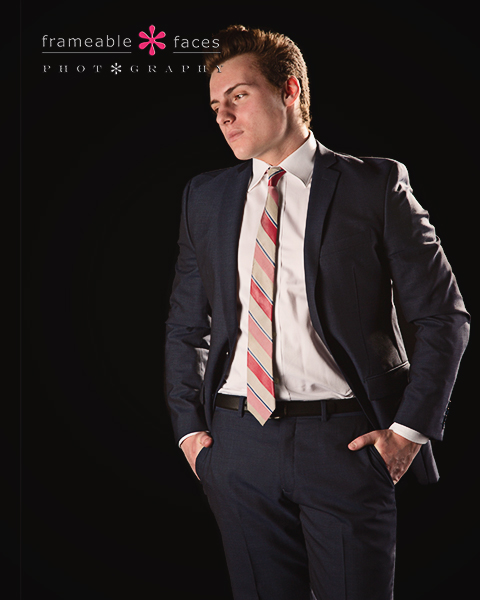 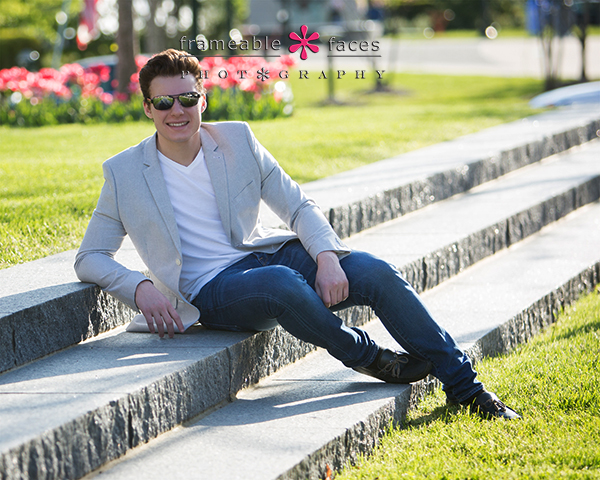 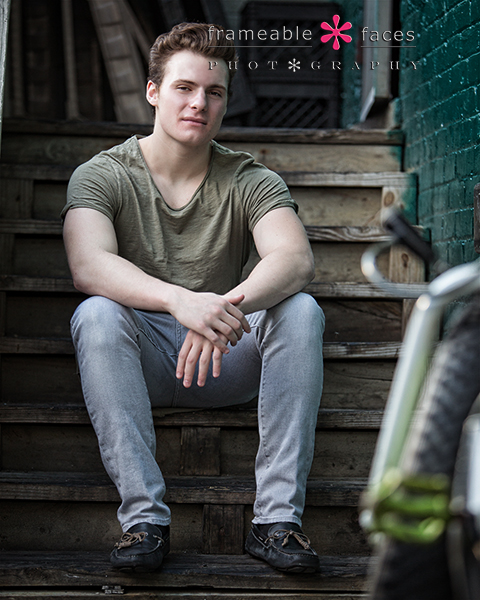 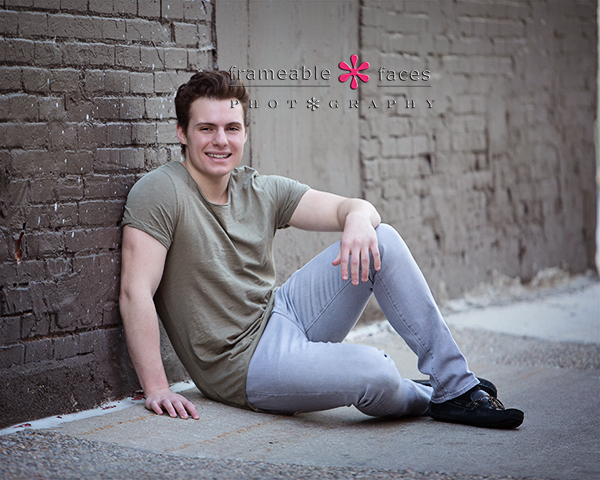 Sara in the city was a big hit!  Senior season is in full gear and we are photographing the class of 2015 pretty much non stop at this point.  We will have plenty more of these posts coming up as we are able to churn them out, and we are thrilled to bring you photos from this fantastic city session with Sara!  But before we go out to light up the night let’s start back at the beginning of the session with an adorable studio shot!

Sara’s mom Kelly was inspired by two different photos on the wall of our studio – one of a little girl looking over her shoulder and another of a one year old holding a massive lollipop – she came up with the idea of combining the two and Sara pulled it off for a memorable and adorable look! 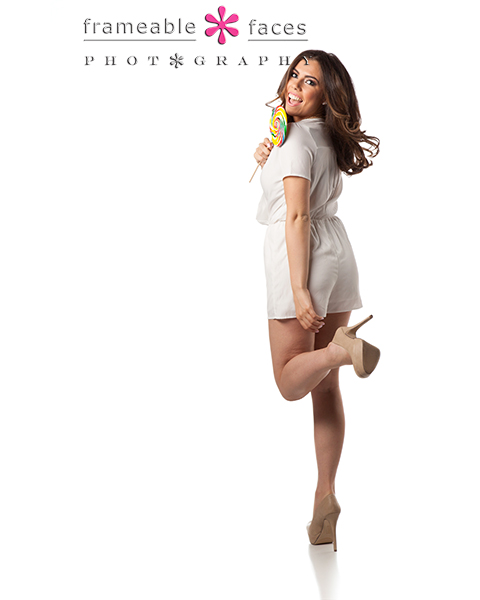 After a little more studio work we hit Birmingham for some nighttime fun, and once the sun went down we broke out our location lighting (off-camera light box, Westcott Ice Light) and Sara really turned it on.  Lynyrd Skynyrd’s tour bus was parked outside the Townsend Hotel so we used it.  Pretty cool huh?

Here is a little behind the scenes vine of the evening:

"This is my fave!" Awesome senior session with sara keebler! @sarakeeblerr Love!!!

Sara’s friend came along for the shoot as well (you can hear her enthusiatically commenting in the vine!) so Sara was traveling with an entourage and attracting a crowd everywhere we went!  We moved to the sidewalk across from the Birmingham Theater marquee and got this fun photo… Lastly we took advantage of the way the fountain in the center of the park is lit up at night for this stunner of an image!  LOVE this: What a night huh?  We enjoyed every minute with Sara in the city and we hope you enjoyed the photos!