A high school senior who goes retro on the music for their session is a senior after our own hearts, and when Tori told us she liked Prince we were excited – we love jamming to Prince!  Besides Prince goes with purple which we already had in the game plan with our new purple backdrop.  Plus Tori’s school colors include purple and she really owned her session, so yeah – you could say Tori had a Purple Reign!

Tori came in with her mom and both of them are so nice – not to mention her grandma stopped by as well!  We were actually impressed with Tori from our first meeting when she told us her plans for college and postgraduate study – she’s a girl on a mission and she has a great game plan.

So let’s get to her pictures shall we?  We started out on the white background with Tori in her cheer uniform – love this!  Blackhawk spirit! 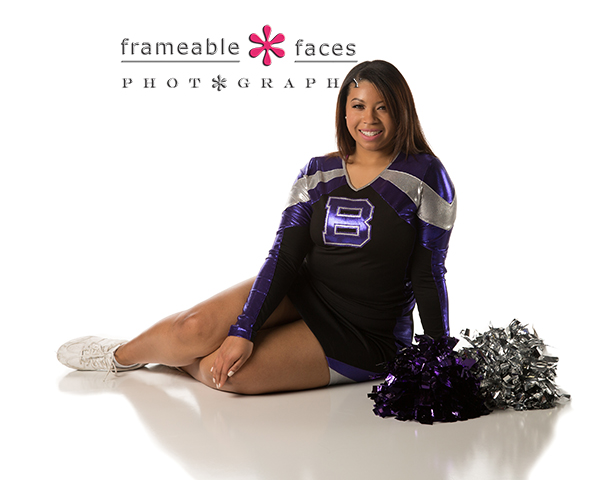 Next let’s get to a couple on the black backdrop – love the ‘tude in these next couple photos starting with the hoodie.  A little “fierce” and a lot beautiful – so cool! 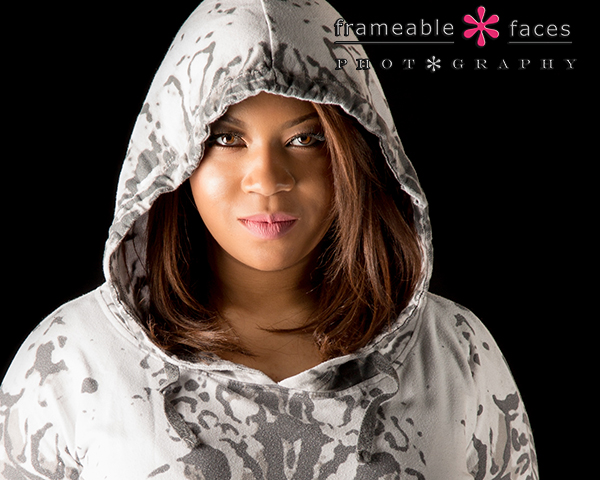 I mentioned in the last blog post that the next two sessions will be one all indoors and one all outdoors.  An all studio or all location session is a nice change of pace and allows us as in this case with Tori to fully explore our studio options.  As I said earlier Tori owned this session and she really had it going at this point… 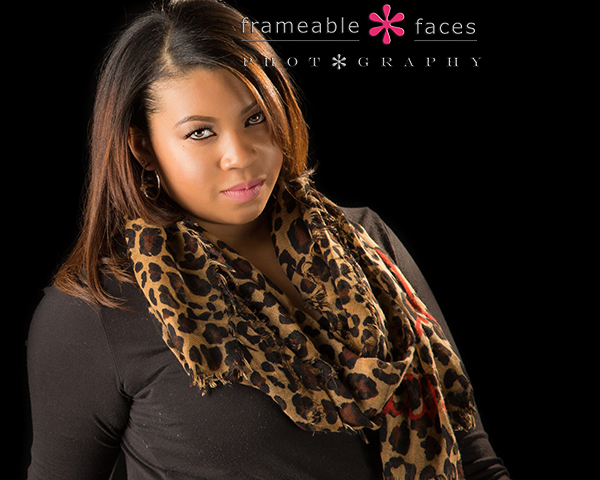 Here’s our fun behind the scenes vine of the session…

Lastly we moved to the purple backdrop which we are really in love with and it really worked for Tori as you will see in this last photo! 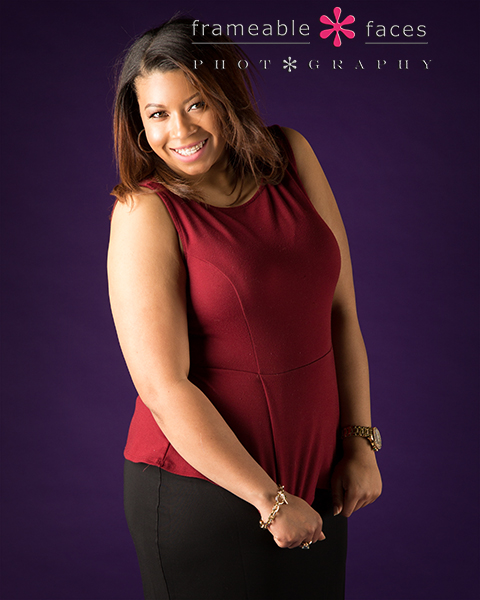 And that concludes our highlights of Tori’s purple reign!  We hope you enjoyed them!

After another brutally cold winter we are finally able to get outside for some sessions and it feels so good!!! While it was still a little chilly the conditions were still pretty darn good on this one and we have to say that spokesmodeling outside was SO great with Caitlin!!!  We saw a bunch of deer and were treated to the sounds of a particularly industrious woodpecker too!

As for our spokesmodel, well the pictures will speak for themselves!  Caitlin is beautiful and a total sweetheart!  A total natural in front of the camera, we were looking forward to photographing her and this session didn’t disappoint.

Let’s start with a couple of studio shots before we head out to one of our favorite meadows, beginning with our black background: 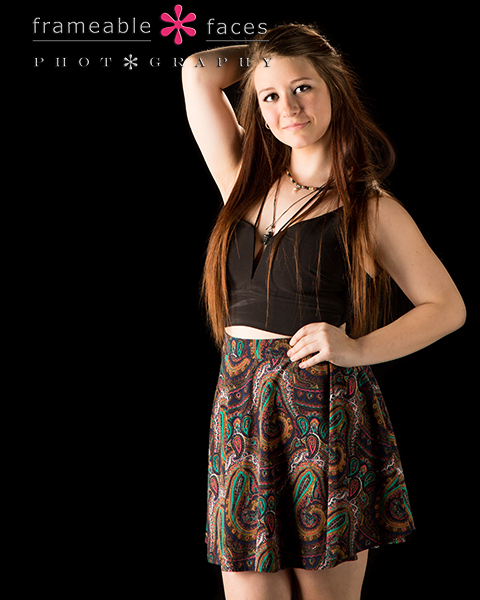 We love Caitlin’s style – so far the class of 2016 is really bringing it!

Next let’s look at one on the white background which is nice and simple and you can never go wrong with it.  As excited as we were to go outside, more often than not our seniors do a combination of studio and on location so we usually highlight both with our spokesmodels wherever possible.  It’s not a rule by any means – we’ve had seniors who have done all inside or all outside.  Either way we go for three hours and it’s really just personal preference. 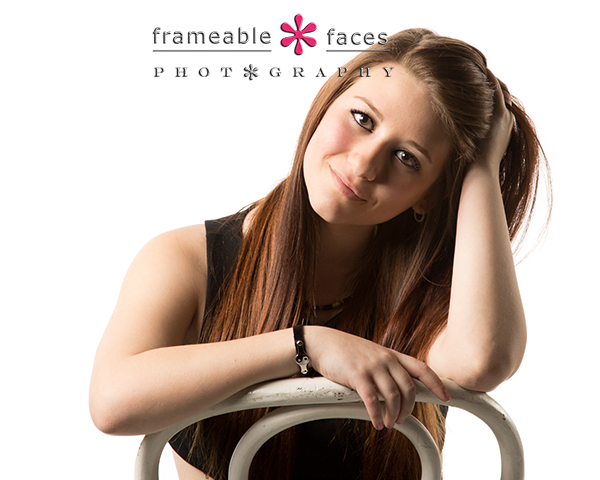 Here is our fun behind the scenes vine as we get set to go outside!

Great day with Caitlin! 1st time outside with our class of '16 spokesmodels! ☀️ https://t.co/bo6w5WEiBs

First we hit the meadow and we were pleased to find it looking particularly “meadowy” with tall reeds and the sunlight was great! 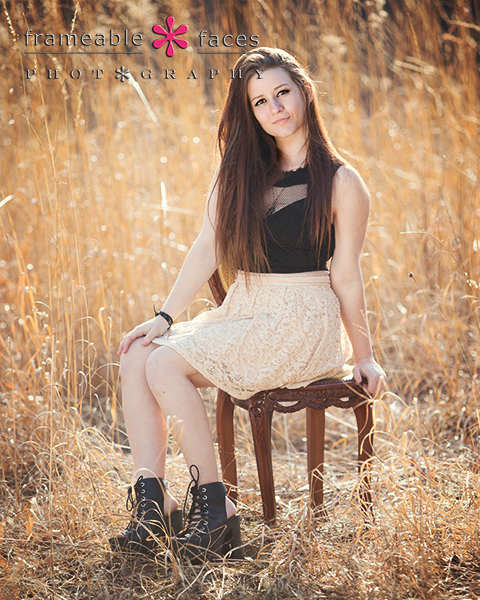 The combination of her outfit with those shoes is fantastic!  The backlight on her hair is beautiful and this was the first time we took this chair outside.  This shot just came together perfectly.

You may know if you’ve followed us for a while that sometimes if a senior uses a new prop or pioneers a new spot it gets named for them.  On this session we found “Caitlin’s rock”!  This is a nice shot to end with for now – hazy and soft. 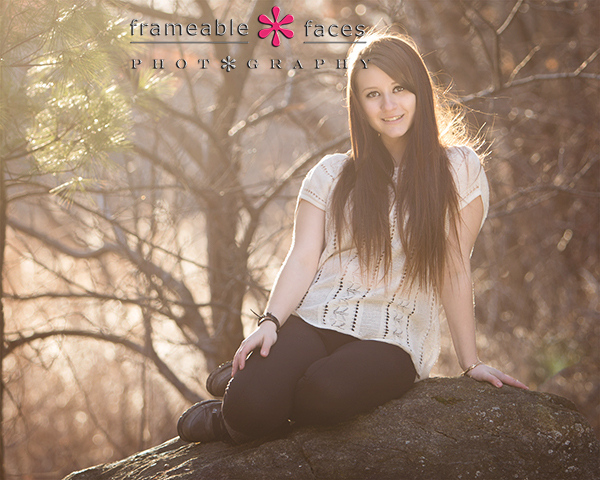 So that’s it for now – we hope you enjoyed these highlights from Caitlin’s stunning session and we are looking forward to more outdoor shots as it continues to warm up and Spring starts to bloom.  Ironically we have two class of 2015 senior sessions to highlight coming up – one all indoors and one all outdoors – so stay tuned!

Photographing brothers at four and two years old in theory can be an adventure, and these two rambunctious rock stars were anything but boring!  They were total hams and they had us cracking up.  Alternately having fun with each other, fighting, smiling, running, and touching stuff – so in other words basically they’re perfect.  Ha – you’ll see that in the end they totally rocked it and they are just gorgeous kids!

We went for the simple casual look with jeans and white t-shirts for the most part and their mom jumped in for a few really cute photos as well.

Let’s start with a couple individual shots of our rock star brothers – one in color of the two year old: 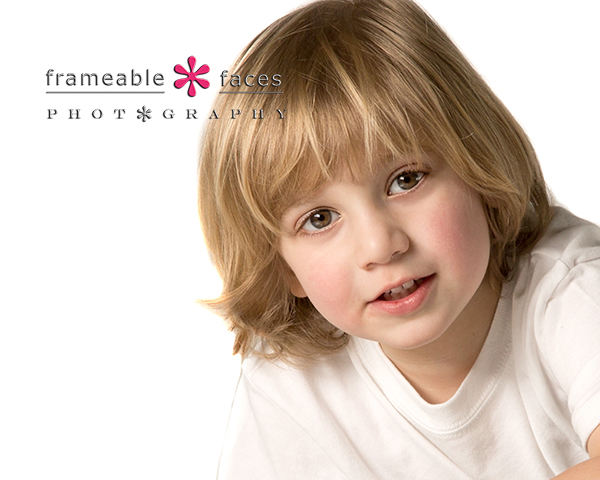 And one of older brother in black and white… 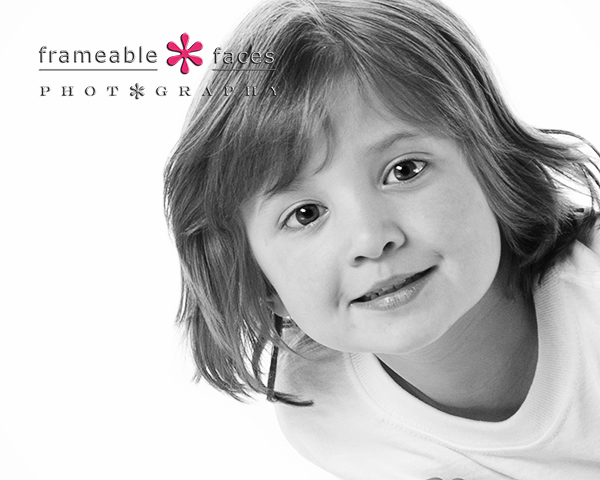 How awesome are they?  They were dancing and rocking out to the “gummy bear song” and various versions of the gummy bear song for most of the session.  It was quite hilarious, and let’s look at the behind the scenes vine of our time together while we’re at it – love this:

These brothers were a riot!!! Total stars and total hams! https://t.co/UeuKvxr8Be

Now we will take a look at one of our photos with mommy – there are a few of these from the session and we really like the story of this one.  Little guy looking around while mommy is loving on him and holding big brother while he focuses on the camera.  Everyone touching, everyone connected. 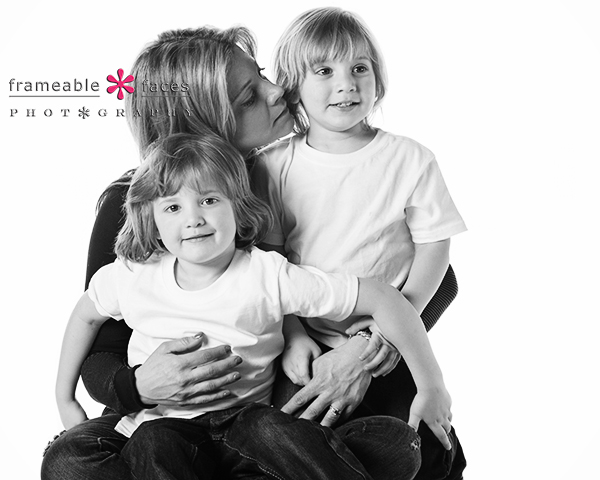 Lastly let’s take a look at a shot of the two brothers together – brothers and friends! 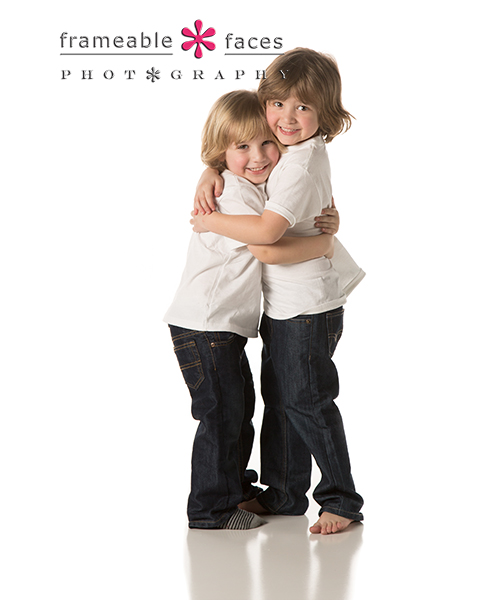 So there it is – two little rock star brothers and their mommy.  We were so happy to have them here and we are thrilled to have them on our blog!  We hope you enjoyed the highlights from their session!

Yes we “a-love-a” Atara – our newest spokesmodel!  We have known her and her family for years but we hadn’t spent a ton of time with Atara in the past.  We always knew she was a sweetheart but having her represent us for the upcoming class of 2016 has allowed us to get to know her better and she is awesome.  This spokesmodel session was a bit of a family affair since at one point or another both of her brothers and parents popped in for a bit here at the studio and we had much fun.  Atara is extremely photogenic and talk about a virtuoso performance….!!!

We broke out the damask backdrop first which has been a favorite over the years for this shot, and we also added a new hair light this year which we used for the first time in this session and we are loving the results! 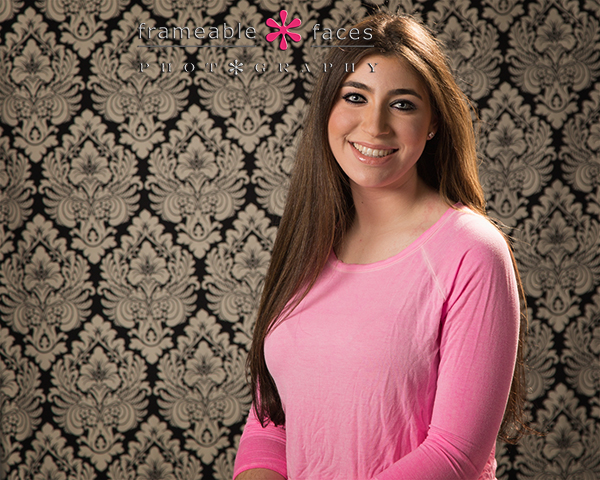 Pretty in pink right?  Here would be a good time to give a shout out to Shifra Raskin down the hall from our studio for the makeup.  Shifra does a great job and in this case we think she had a pretty good “canvas” to work with!

Next we broke out our brand new purple backdrop and we love the way Atara looks in front of it, especially with the red dress. 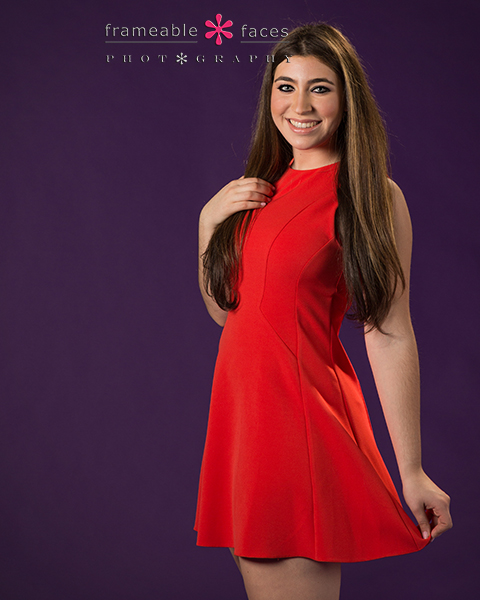 While we’re at it let’s take a sec to look at our fun behind the scenes vine from the shoot!

Next let’s take a look at the red backdrop that you see in the vine which we are always fans of: 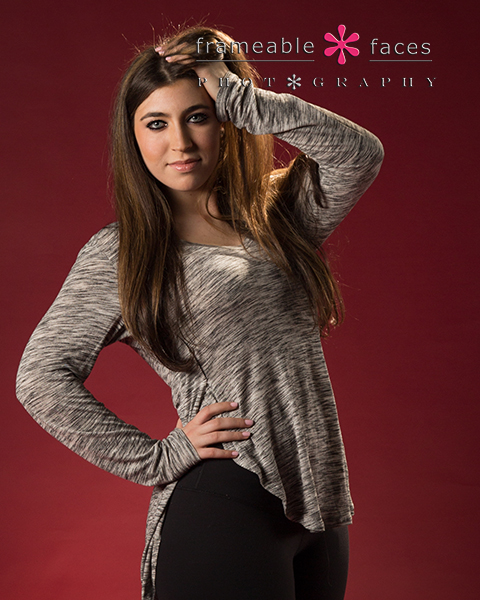 Lastly we did some black and blowy with Atara and this is the first one of these we have posted for the class of 2016.  OMG… 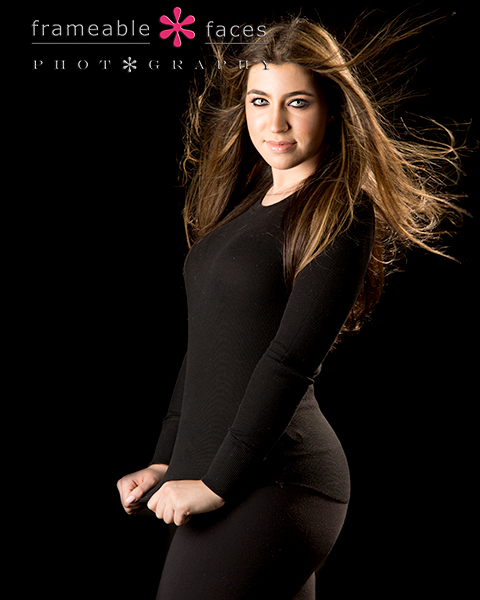 And so there it is – you can see why we a-love-a Atara so much!  The class of 2016 spokesmodels are really bringing it and we are having a blast with them!  We are so proud to have this wonderful young lady representing Frameable Faces! 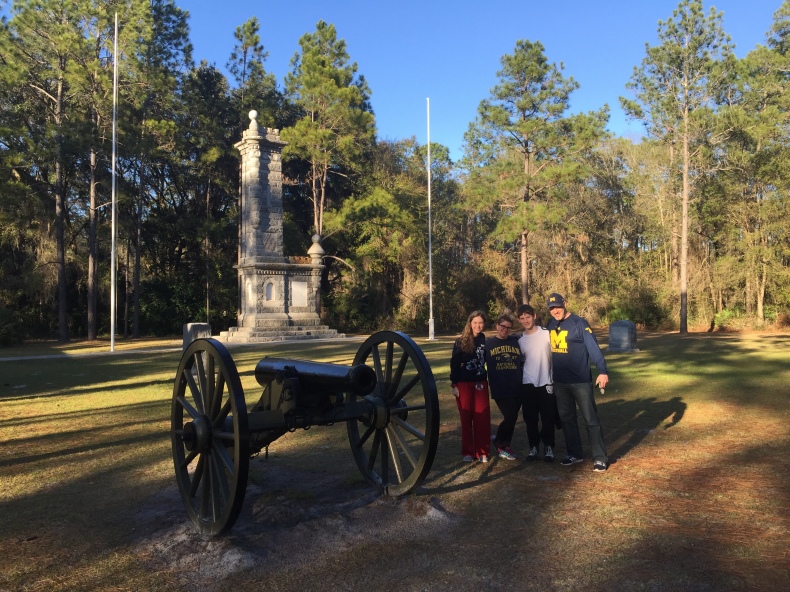 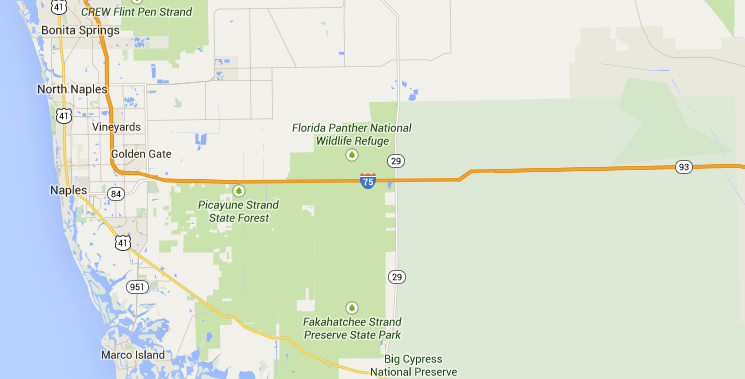 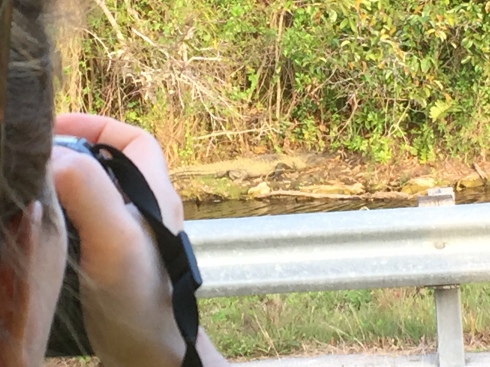 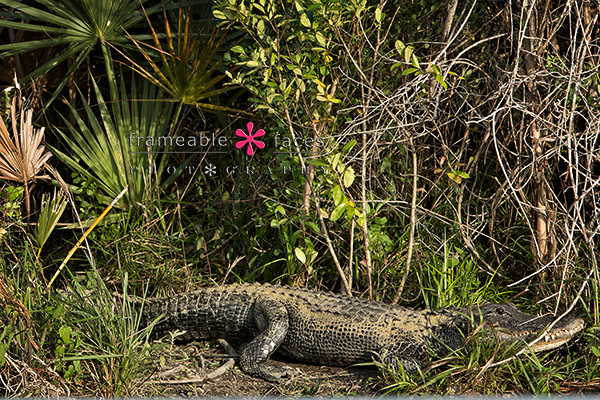 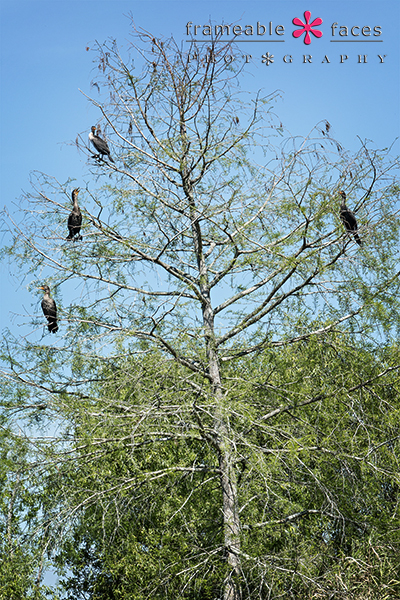 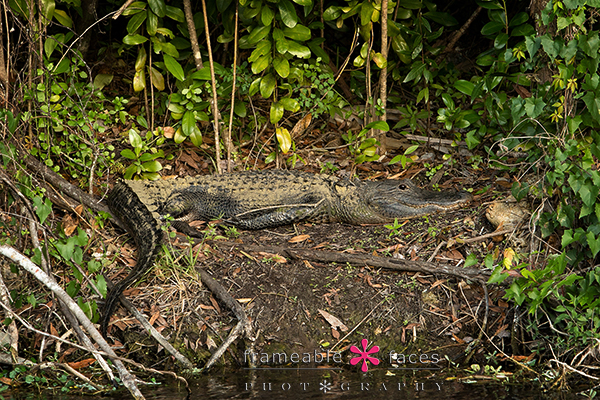 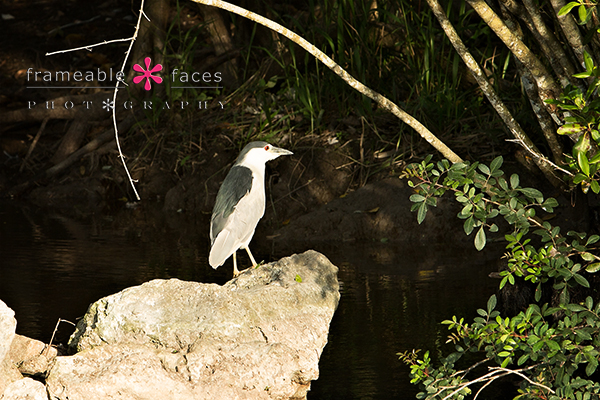 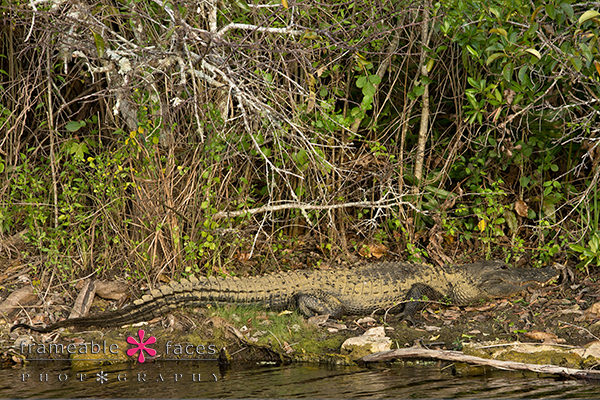 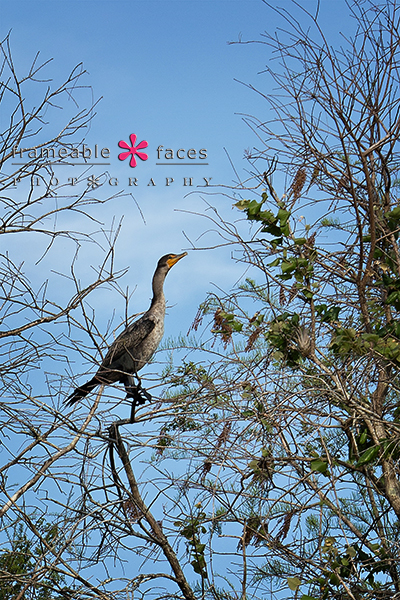 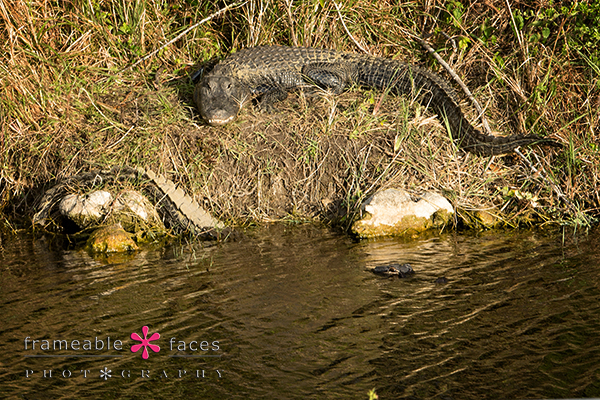 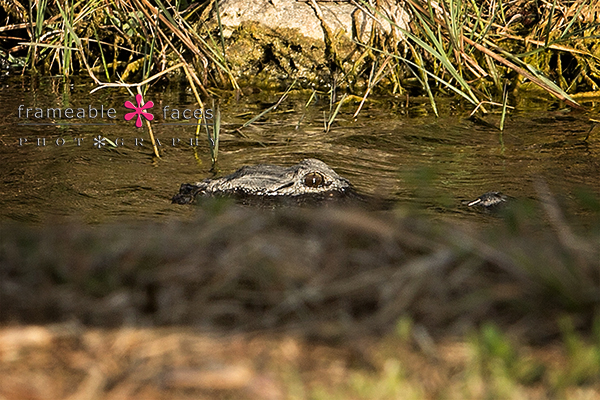