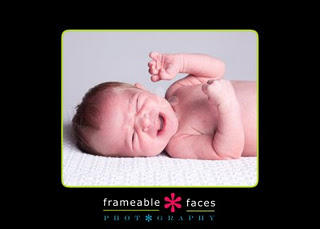 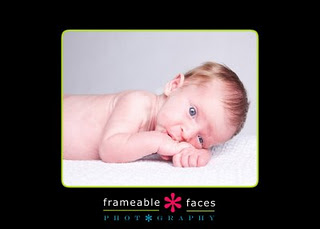 Princess H came into the studio today for the first time. I’ve known her forever – even before she was born – and I photographed her mom’s maternity session. She’s simply beautiful! We had the best time today, even though Miss H decided not to sleep at all! But we did manage to get her to sleep for about 10 minutes so we could catch a couple cute ones of her!

P.S. The first image totally shows how DONE H was at the end. Notice how she’s shakin’ her little fist at me! LOVE that!

So, I’ve been thinking that it’d be kind of interesting to share some of what I’ve learned throughout the years about photography. Here’s one of the most important bits, I think.

Take a look at any magazine. Check out the cover model. Of course that person looks beautiful and all, but check out the eyes. What do you notice? In every single photograph the person has some sort of white light in the eyes. Sometimes, they’re square. Sometimes circular. They can even be shaped like an octagon. The point is, they’re always there. Those catch lights make the model look alive. If a model is lacking those catchlights, the eyes look “dead.” Not exactly a look most people are going for, unless of course they’re photographing in the morgue for forensic photography or something.

The other type of catch lights are called “Pin” lights. Those are found in images that use a pop up flash or the flash on the smaller digital cameras that most everyone has. Those pin lights aren’t bad…just different. Pin lights almost always show up in the center of the pupil as alittle orange dot. Most true professional photographers know how to use the flash correctly to avoid the pin lights, which in my opinion, look amateurish.

A professional photographer will have catchlights in the model’s eyes (from studio lights) at either the 10 o’clock or 2 o’clock position (or somewhat close to that). If that photographer is shooting outdoors, the catchlights will have much different shapes or may not even have a true “shape” at all. Just some really nice light in the eyes.

That’s one thing I”m always striving for and one thing I’ve learned to look for. Nice, good catch lights. So whether you choose to work with me or anyone else, be on the look out for cool catch lights. In my opnion, it’s one of the differences between a professional and an amateur.