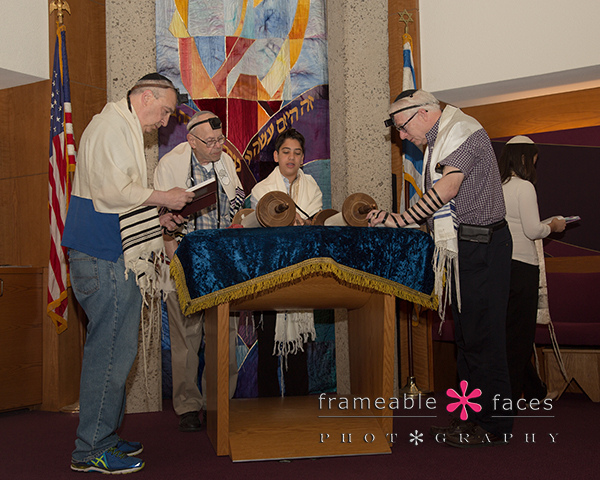 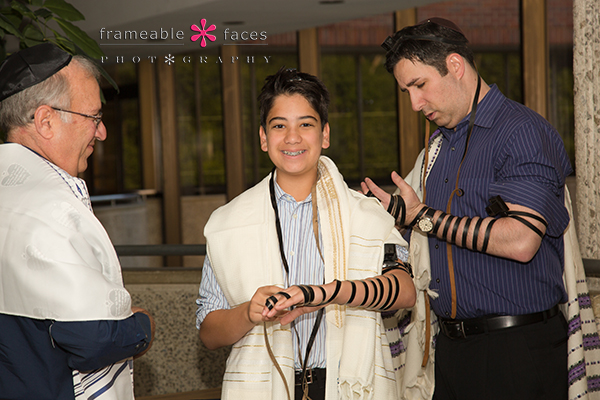 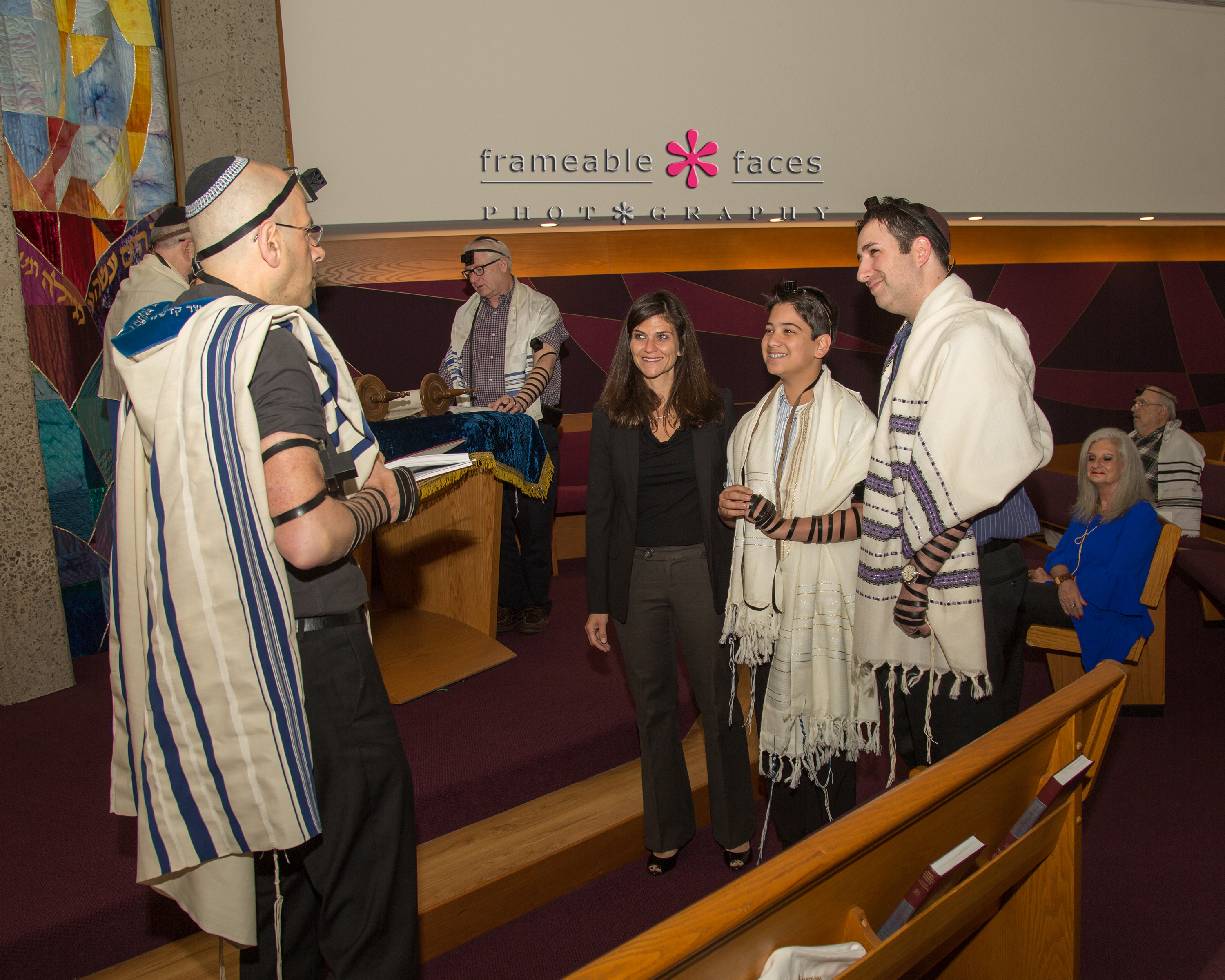 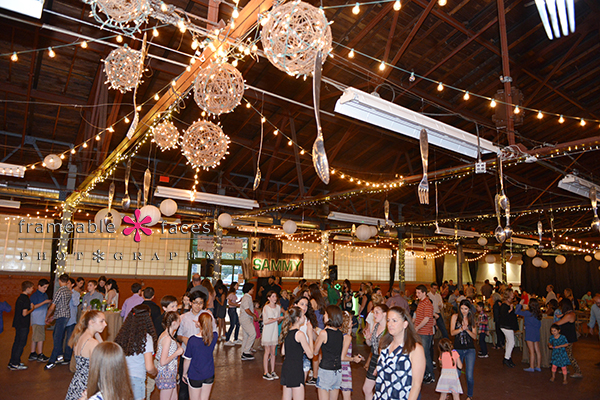 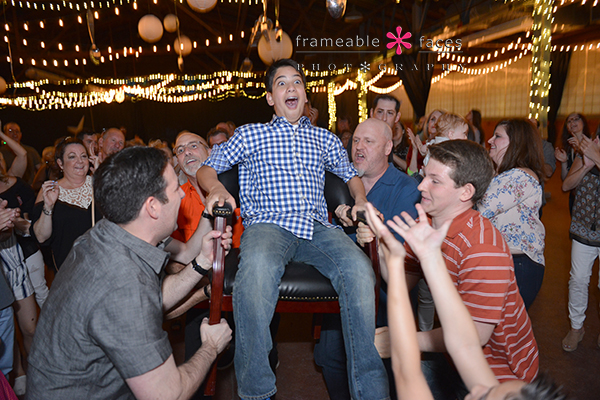 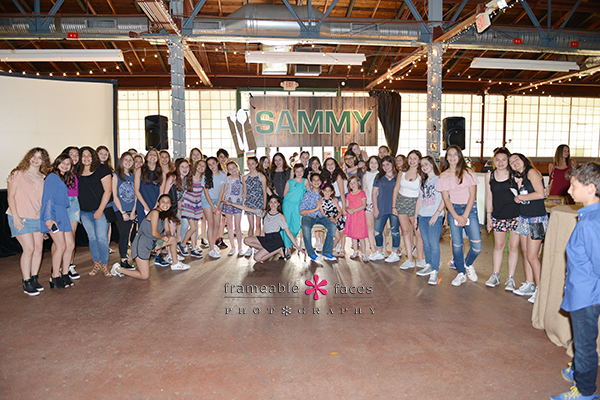 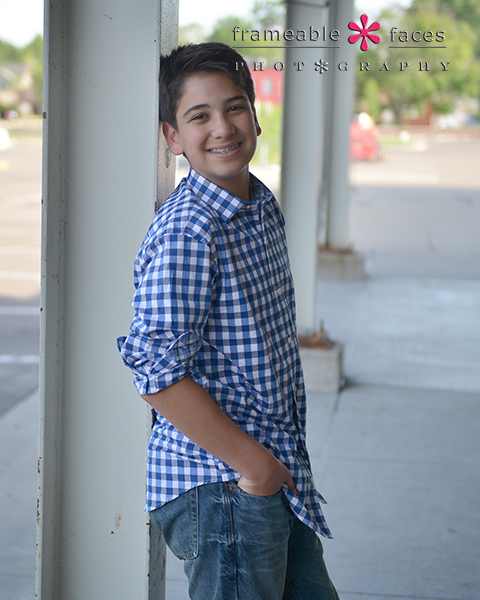 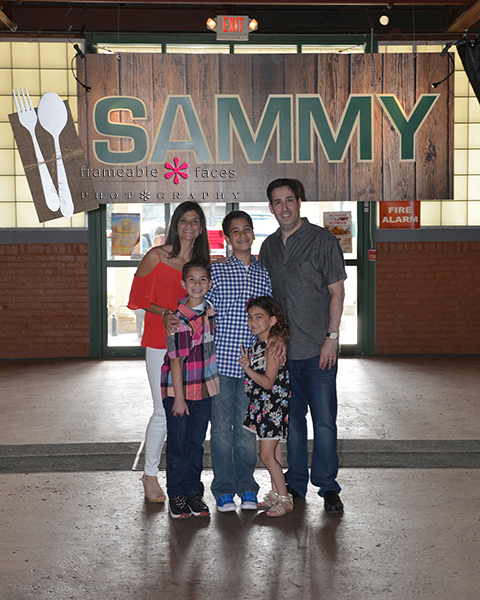 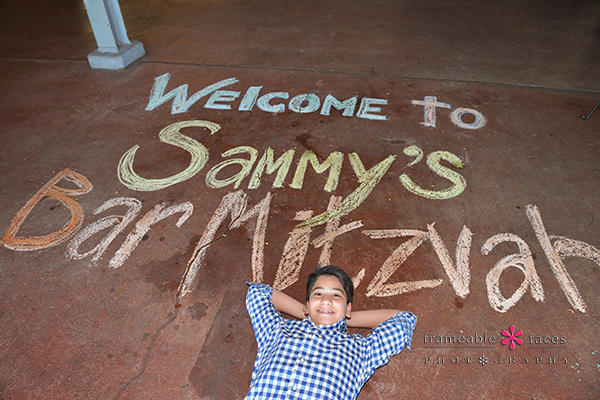 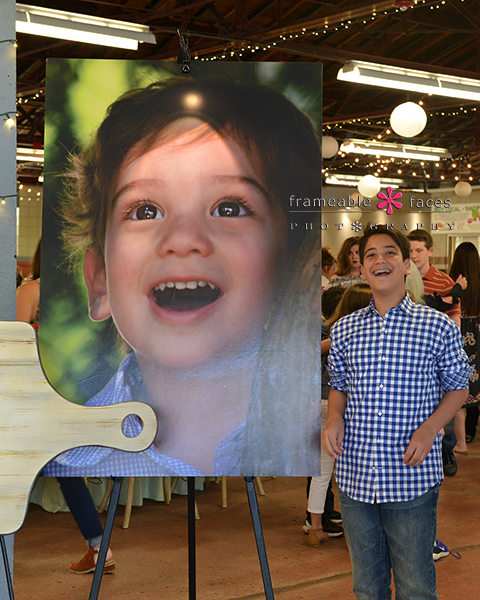 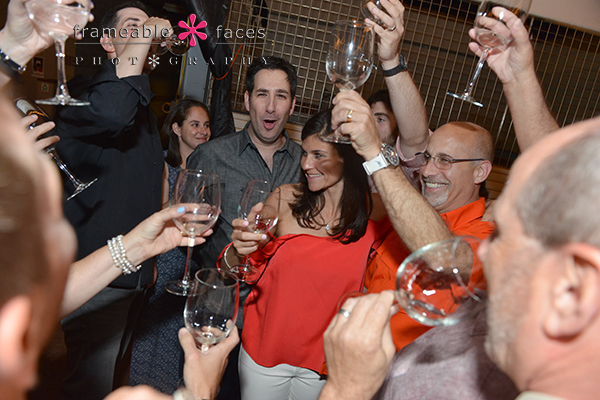 Many of you asked to see the pictures from our son’s Bar Mitzvah when they are available, so we are sharing a few photos from our special day!  When photographers need pictures the question inevitably comes up “So who is photographing YOUR event?  You aren’t doing it right?”  Haha – that would be interesting – setting up each shot and then….setting the timer and getting back in the picture right?  Of course not.

Well as you may know for some time we were not really in the event photography business.  It’s not Ally’s specialty personally and we couldn’t work on weekend nights or we would never see our kids.  Enter our wonderful event photographer Angela.  She has done a fantastic job for Frameable Faces on events and at this point we couldn’t think of anyone better to trust with the task of photographing Tony’s Bar Mitzvah.  She did an amazing job as we knew she would.  We are so proud to showcase not only our son and our happiness on the occasion of his Bar Mitzvah, but also Angela’s work as we have watched her grow over the years since the very first day she simply walked into our studio, still a student, and asked if we might be looking for another photographer.

First we started at Adat Shalom Synagogue during the week for pictures of the service on the day of our rehearsal: 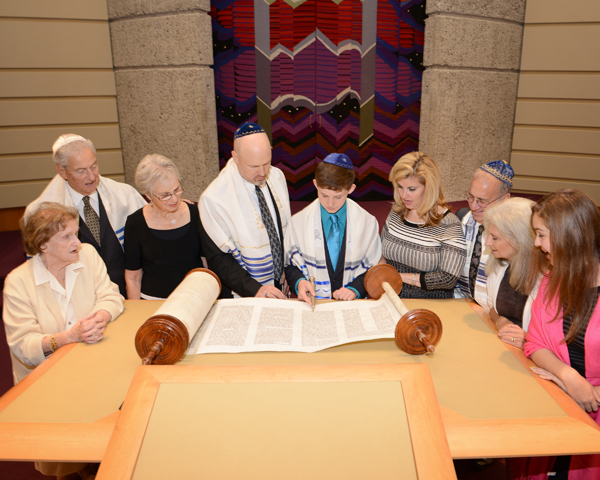 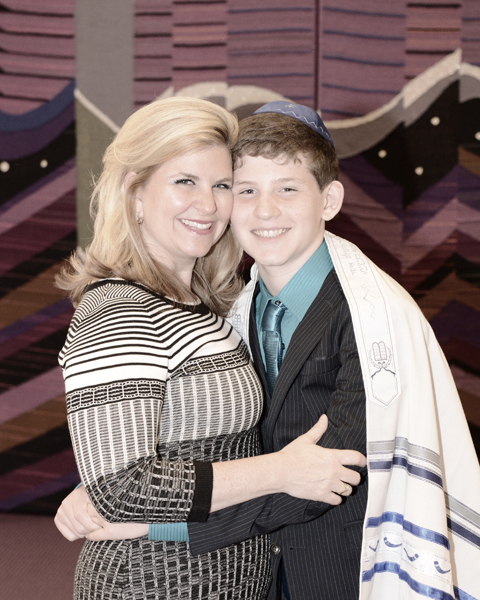 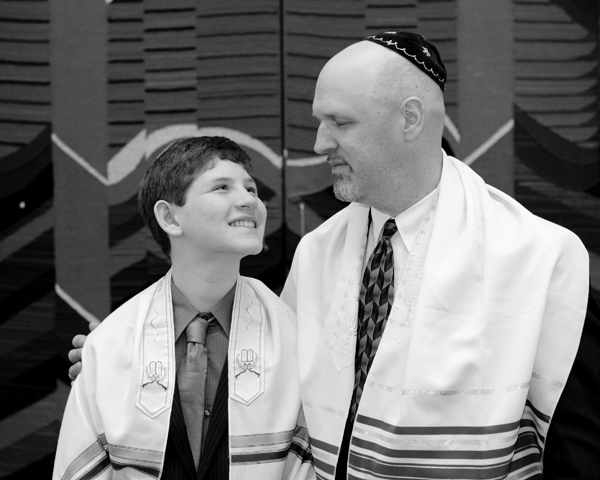 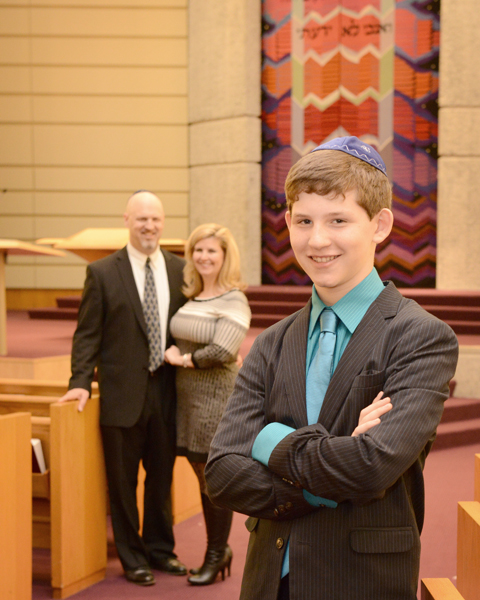 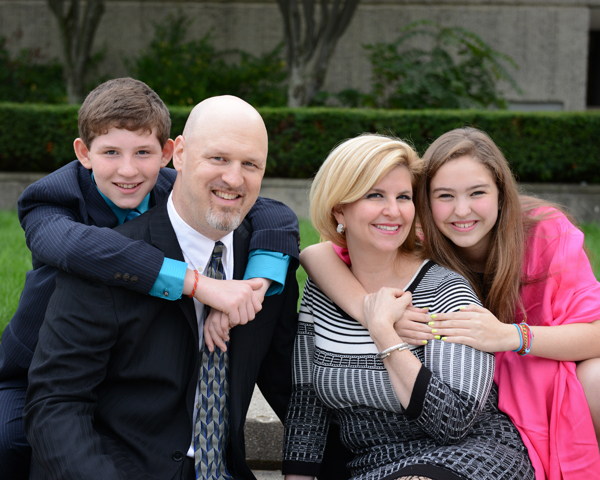 Our party was at Oakland Yard Athletics in Waterford which is an amazing place to have a party and we also want to give shout outs in particular to Just Baked for their amazing cupcakes, Nick at Pine Lake Market for the amazing job catering, Co. 512 for the Adidas wear, Top That Table for the awesome decorations, and Josh and Cassie from Tronix Entertainment for getting the party started and keeping it going!  Meanwhile back to the pictures and the awesome job Angela did capturing the scene and the mood!  She was everywhere… 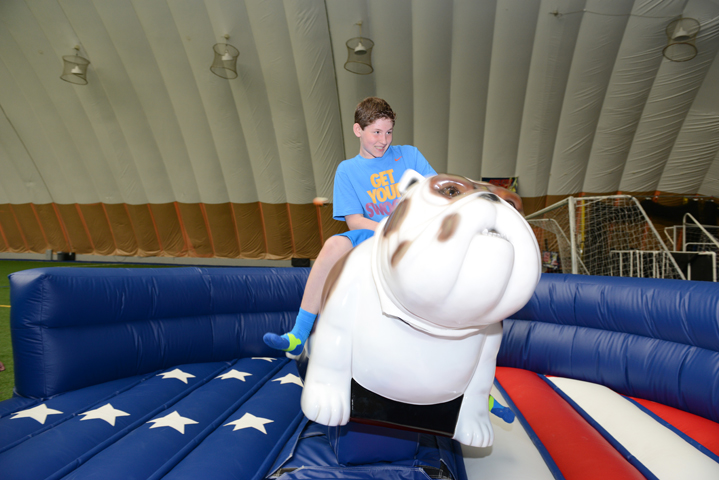 That mechanical bulldog is hilarious…  Tony and his friends were able to play various sports throughout pretty much the whole party. 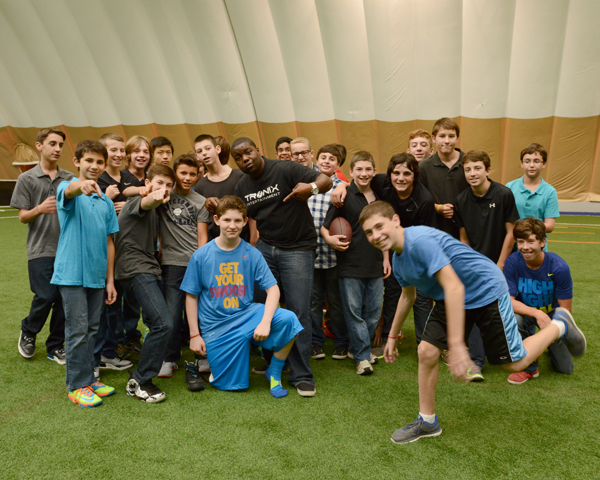 Next it was time for Tony to make his official entrance for the montage and candle lighting. 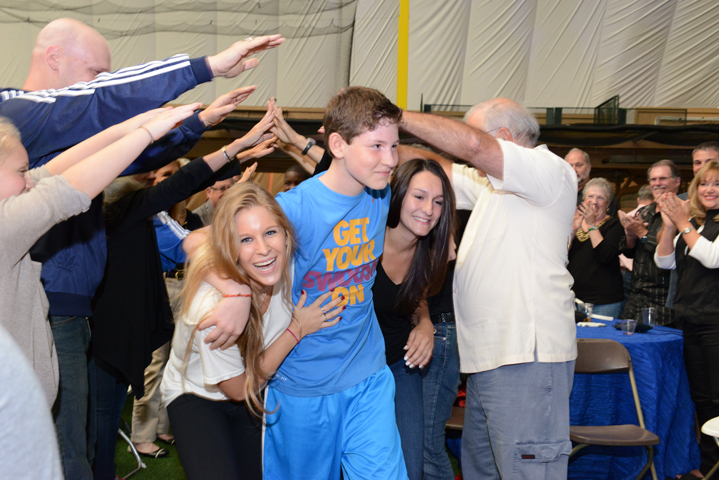 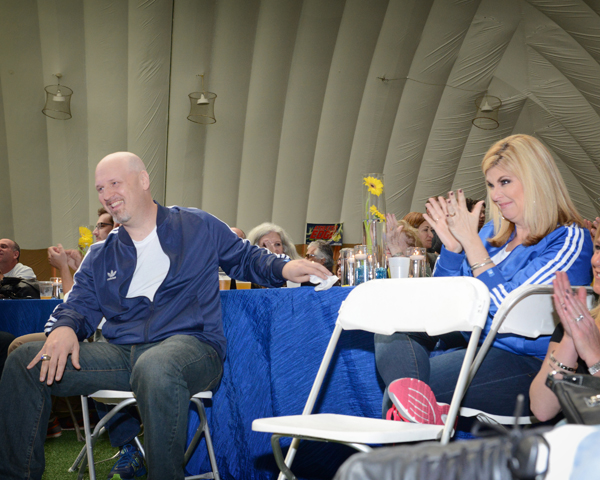 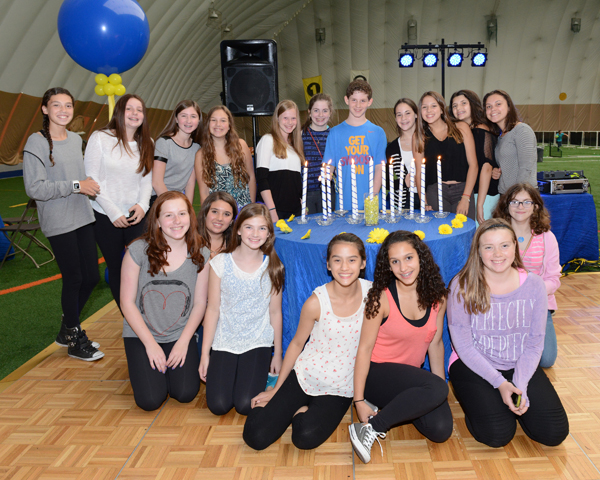 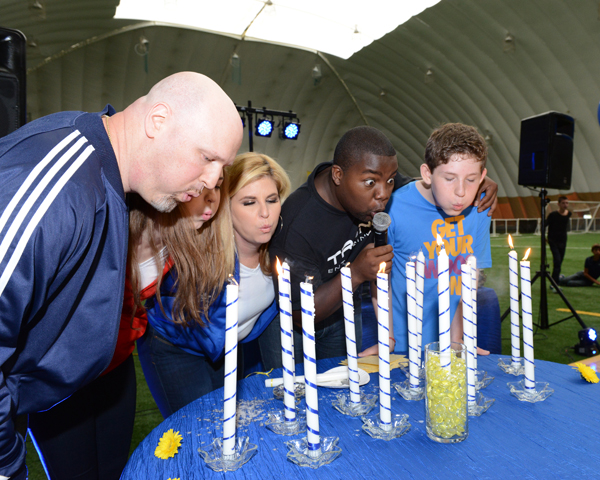 The hora is a traditional dance at Jewish occasions and it’s always a blast!  Angela captured a bunch of great photos of the hora! 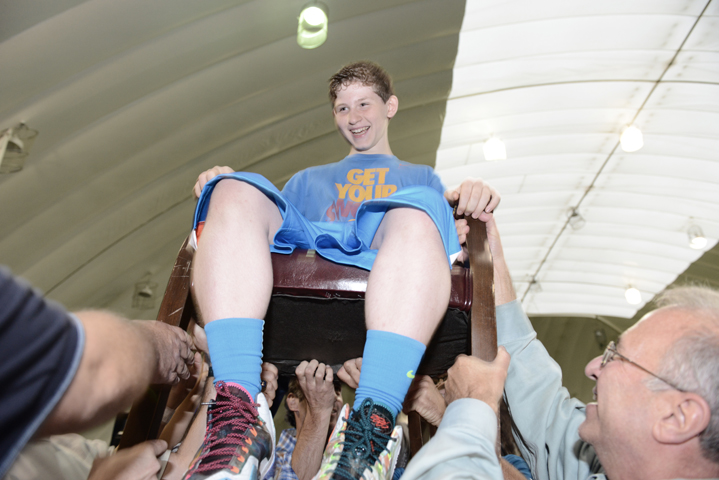 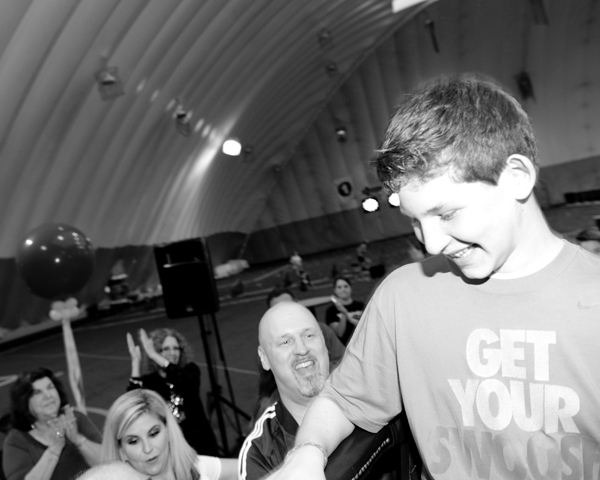 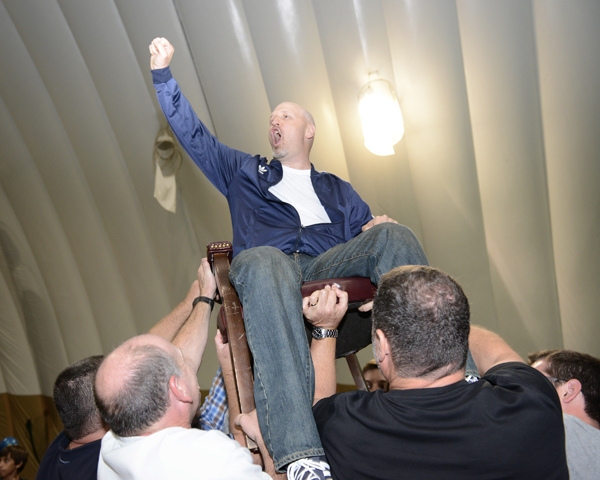 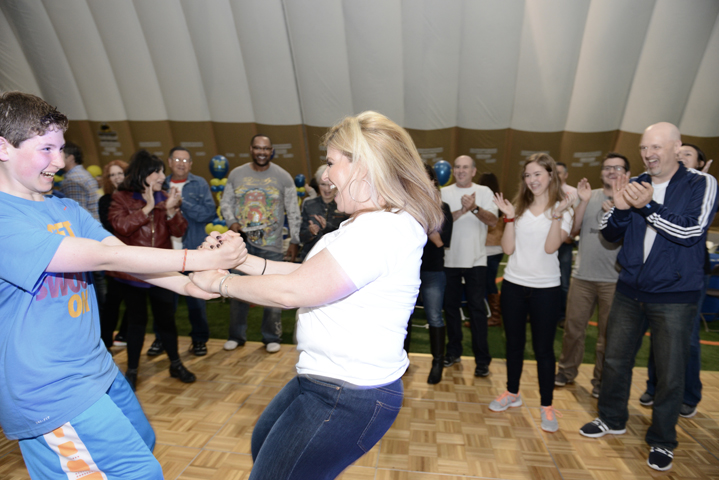 We love this view of the entire party where you can see a full dance floor doing the “wobble” while others were hitting golf balls, playing other sports, or just hanging out. 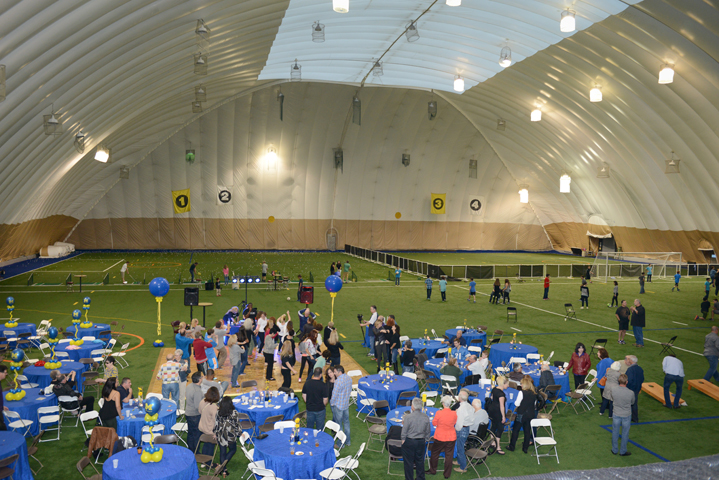 Lastly we love this photo of our happy family – especially the kids dancing together (and not fighting)! 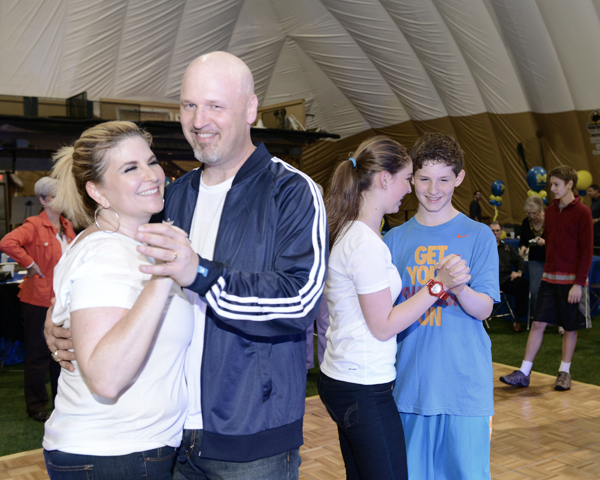 So there you have it!  Highlights from one of the best nights of our lives.  We are happy to share them with you and we hope you enjoyed them!

This is a post about life, work, kids, balance… 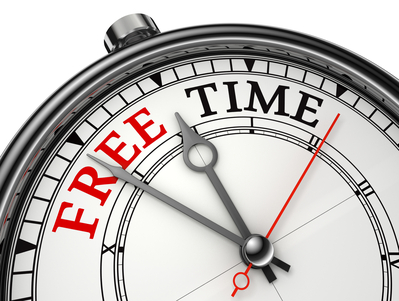 Our kids are at camp for a total of 3 1/2 weeks and they have two more weeks there before they come home.  When we tell people this they say “Wow!”, “Party Time for you two!”, “It’s like a vacation!”, “Are you going anywhere?”, and “What are you going to do?”

Yes it’s like a vacation in a sense even though we are not taking any trips.  When the kids are at camp it means more free time – you don’t have to drive them anywhere or pick them up.  You can’t spend time with them because they’re away.  We don’t have to worry about planning or making meals for them.  So yes we have free time but that hardly means we are kicking back and laying by the pool for a month…  Here are some of the things we are doing while our children are away:

What would you do with some extra free time?

Several topics to discuss this time out – please share and give feedback in the comments!

I discovered this little tidbit on allfacebook.com and I think it could have some pretty big implications for how brands interact with their followers on facebook.  I think the fact that people can join in conversations on a facebook page with photo attachments is very cool.  As you can tell in the above photo by my little avatar I’m logged in as Doug Cohen, I’ve clicked on a photo on Leaf & Berry’s page that we took, and I can include a photo with my comment if I want.  We embrace the popularity of photography at all levels and this could bring new opportunities for our peeps to participate in fun and creative ways by attaching their photos.  Our wheels are turning… stay tuned and let us know how you have seen this used and what ideas you have.

An About Face… To Event Photography!

As you may know in the past if you asked us if we photograph events our answer would be “no” with a few exceptions.  Well that has changed…  Ally and I are still not personally looking to be event photographers – we have our obligations as parents on the weekends for starters.  However, our fantastic second photographer Angela Bell has proven to be fabulous with events!  We tested her out on some informal affairs such as out-of-towner dinners and engagement parties and she did really well.  Then she stepped up to a couple bar/bat mitzvahs and she really blew us away!  More on this to come but suffice it to say Frameable Faces is indeed now in the event business and we are excited!

I signed up for a Glipho account and you can follow me here.  What is Glipho you ask?  It’s a social blogging site – a cool way to pull content in from multiple platforms (instagram, twitter, blogger, WordPress etc.) into a very simple blog interface.  You can blog on Glipho, make friends, follow and like other blogs and interact with people.  I’ve chosen to use it as an outlet for myself as me – Doug, as opposed to another branded Frameable Faces page.  Yes I will be posting some FF blog posts there and hopefully bringing more attention and readers back to this blog, but I like to dabble in other topics like music, food, and football and I guest blog elsewhere so I like the idea of this being an outlet for my “personal brand” so to speak.  Do you “Gliph”?  Let me know if you do!

I just read a fantastic blog post that I wanted to share. http://virtualphotographystudio.com/photographyblog/2010/05/running-a-photography-business/comment-page-1/#comment-11993 It is entitled “10 Things You Should Know About Running A Photography Business”, but you could easily remove the word “Photography” as most of these are universal and wherever the topic is specifically photography related you could easily insert products or services from your own trade.

For us this was mostly reinforcement that we are approaching our business the right way but we still have two weaknesses on this list and we’ll be the first to admit them:

Number 3 – we need to hand off some of this bookkeeping – NOW.  I’m good at tracking many aspects of our business but I’m not exactly an expert bookkeeper and some of this stuff bogs me down.  When I read this point it kind of smacked me in the face….

Number 6 – actually more of a strength for us overall (so maybe I lied).  We do this well – we are specialists and not generalists (love that way of putting it by the way).  We do NOT specialize in event photography.  We will not photograph huge events.  Or even pretty big events.  We will photograph certain smaller events and we are selective about which ones will fit for us and our clients.  We are fortunate to have the talents of miss Angela Bell as well for some of our informal events such as engagement parties that require more casual images – she is our second photographer and she does a great job on those.  As a rule however, we specialize in portrait photography – all kinds.  Yes it’s a broad category but it’s one category we enjoy the most and it’s where we rock.  I listed this one because we need reminding – as do all business owners – to resist the temptation to accept a one-off job that isn’t really what you do best and isn’t what you want to be known for.  We’ve done this before and we’ve learned that we should not be doing it or we should at least think it all the way through first.

Hope this helps and we would like you to add any advice for us and for each other if there is something you don’t see on this list.  Please comment and join the discussion!