This year’s third annual spokesmodel party was a blast!  It’s definitely one of our favorite days of the year and the culmination of the planning, photographing, and getting to know our newest team!  Some of them we’ve known for years and some we’re just getting to know.  We’ve become very fond of each and every one of these seniors-to-be and to have them all at the studio wearing their Frameable Faces T-Shirts and hanging together is as good as it gets for us! 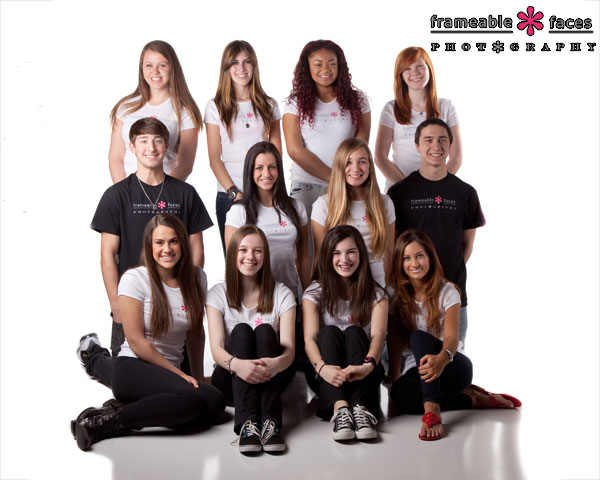 Just like last year we began the festivities with the debut of the new spokesmodel video with behind the scenes clips from the photo sessions and even a fun outtake at the end:

We then had dinner, and this year we had it catered by Pine Lake Market in Keego Harbor – the food was fantastic!  Then in keeping with tradition we ate Just Baked cupcakes.  Soooo good. 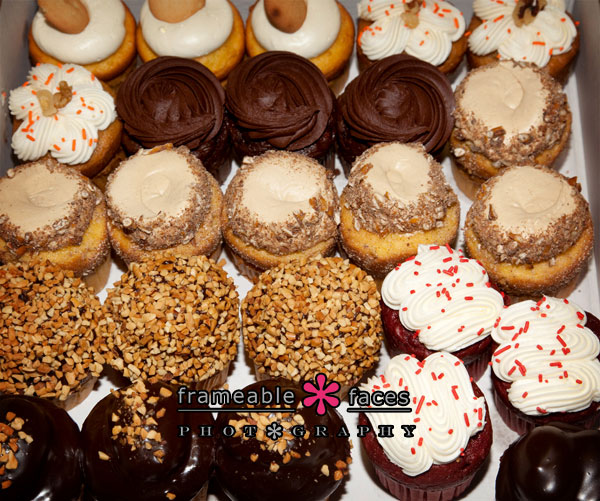 Then we took some photos.  Everyone had picked up their t-shirts and spokesmodel cards which were laid out on the table when they arrived, and we took some team pictures first. 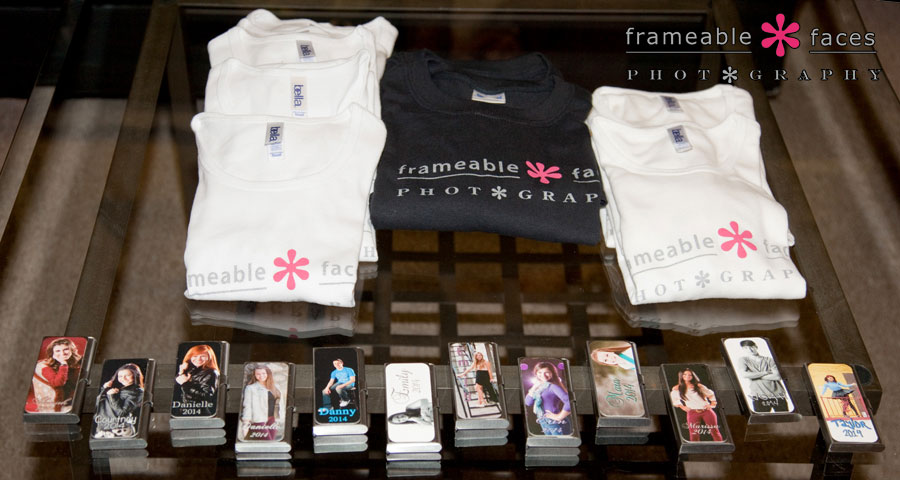 Then it was everyone’s turn to do individual shots for the mural that goes in our window for the upcoming year which is always a lot of fun.  Look for that in about a month in our window and on Facebook.  There are actually some traditions within the murals emerging – like who will be the “jumpy girl”, who will be eating a Just Baked cupcake, which boy will be flexing his muscles, and who will do something that has not been done before?

All in all it was a great night and as we’ve said before, a great group of kids.