Ben’s senior session in the big D was totally bomb indeed.  We are photographing seniors in Detroit more and more these days and Ben is a buddy of both of our kids – it’s kinda cool this year for us with some of our seniors because this is the class in between our 2 and Ben we’ve known for a while so it was a ton of fun.  Ben’s mom Erin is great too – she came along and we laughed a lot on this session!

Senior Session In The Big D…

We started on Belle Isle which is pretty typical for us when we head down to Detroit and we’ll pick up the action there with the fountain in the background: 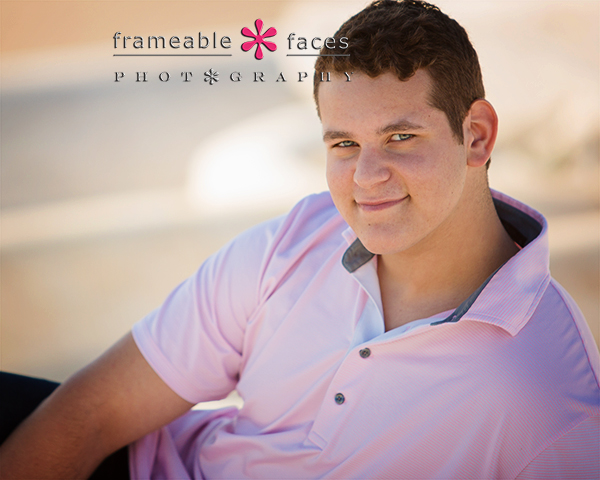 At this point we headed over to The Belt alley to get a few more shots and we have some behind the scenes fun from the replay of our Facebook Live broadcast:

…and here is one of the resulting photos: 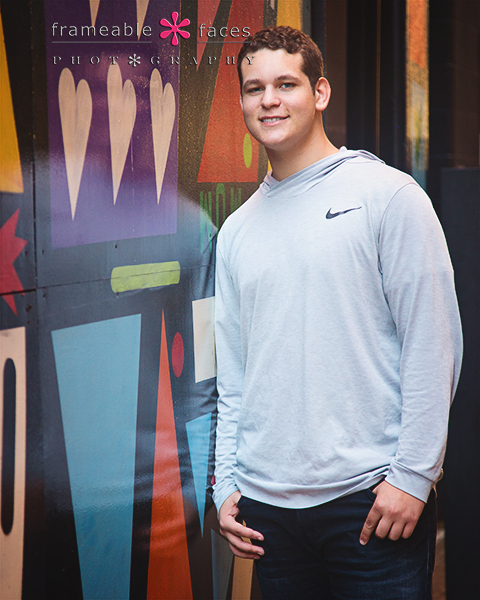 We then made another stop over by the Eastern Market to one of our favorite empty buildings for a little urban decay vibe (even though Detroit is very much “un-decaying” and coming back strong these days). 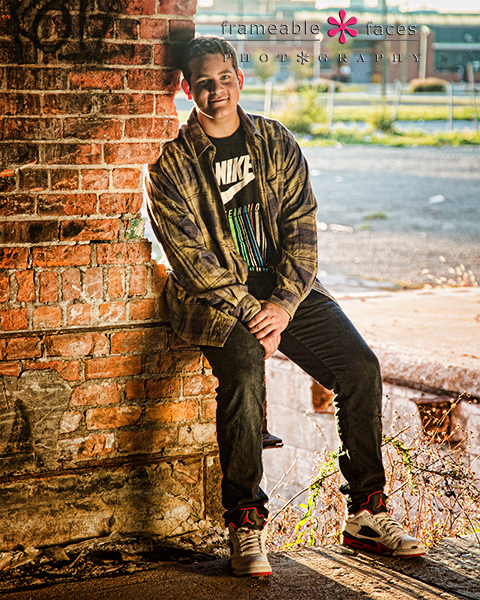 We headed back to the studio at this point for a fiery finish to the session – totally bomb!  Here’s the fun behind the scenes action from the YouTube Live replay:

And the killer result! 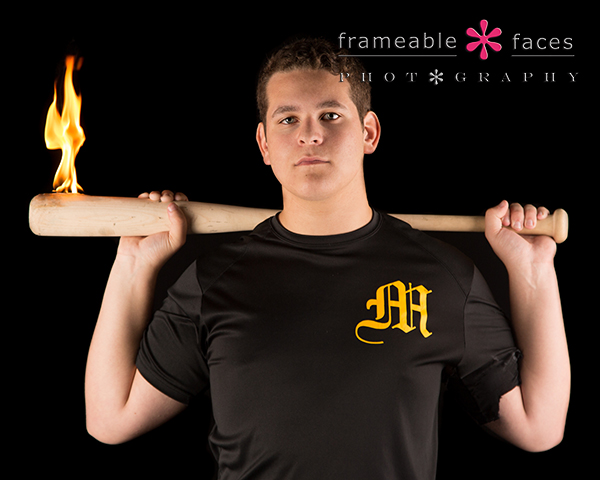 And there you have it – Ben’s session was totally bomb indeed and we hope you enjoyed the highlights of our day with him!

We gushed about Dani plenty when we blogged about her spokesmodel session and after knowing her for about 6 months as she’s represented the studio for the class of 2018 we can say with certainty it was all justified.  We LOVE this girl and we definitely had a dazzling day with her in Detroit!  Her mom Diana came along for the fun and as you’ll see it was a session to remember.

Many of the highlights of this session ended up being in The Belt which we’ll get to, but we started out on Belle Isle and captured this stunner: 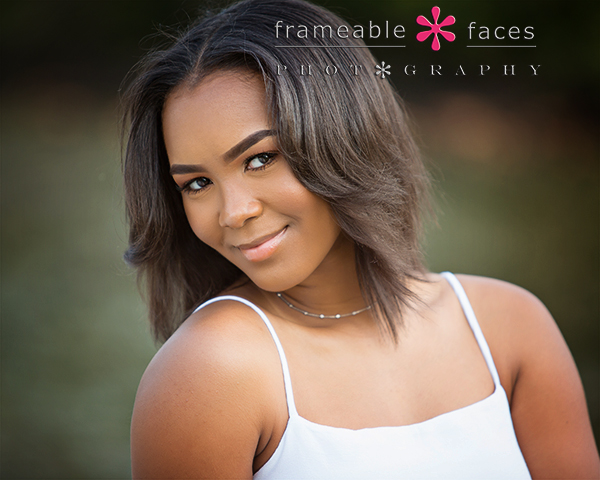 Wow – dazzling right?  I also have to say that I’ve been playing around with the new Snapchat filters on my iPhone for some of the behind the scenes stuff we put on our Snapchat stories and I think this one of Ally capturing the photo of Dani above is worth including here – like a cool little painting… 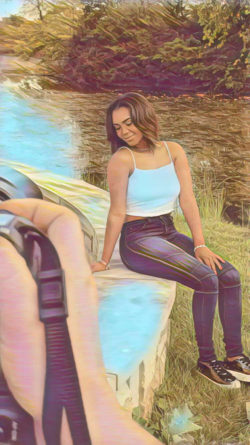 Meanwhile we have the YouTube live broadcast replay from Belle Isle as well for you here:

Now let’s head over to The Belt in downtown Detroit where we captured some real winners! 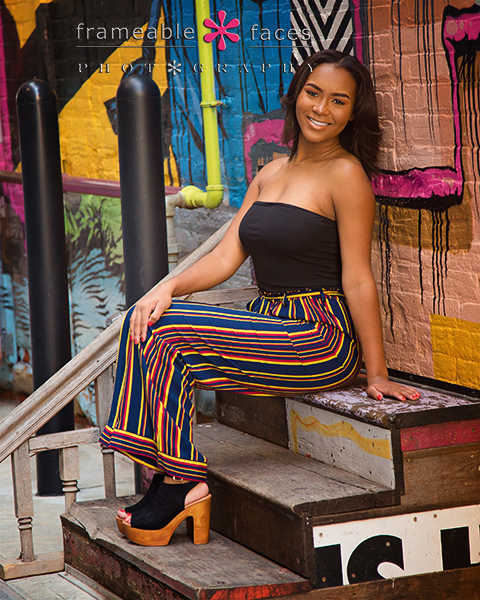 Love it – and here is the behind the scenes Facebook Live broadcast replay that goes with that shot:

Her outfit seemed to be just perfect for the colors there too…. 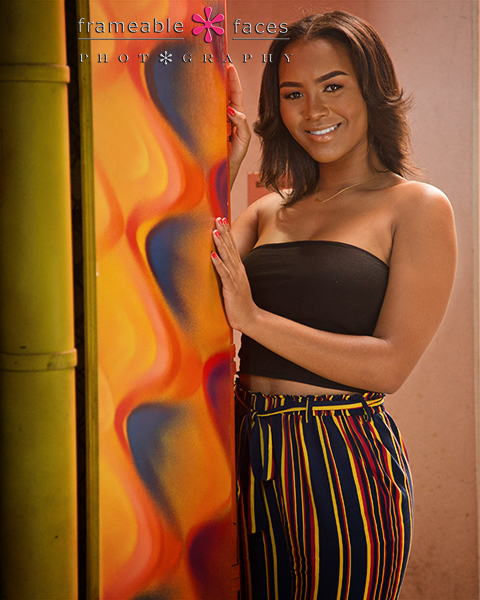 We also went to an art gallery there that rotates installations of different mediums and we’ve been lucky enough to be there when they invited us in to take photos.  That’s where this last one was captured: 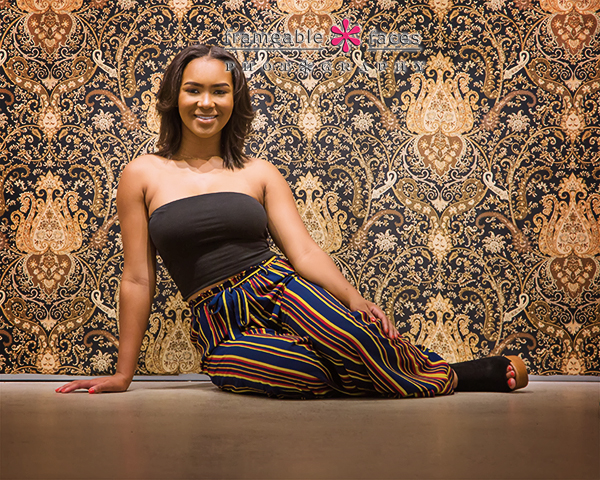 So cool!  And there you have it – a dazzling day in Detroit with Dani indeed!  We hope you enjoyed the highlights!

Yes we are huge fans of Lauren and her mom Gabrielle, and it’s been so much fun having Lauren represent our studio as a spokesmodel for the class of 2018!  Her spokesmodel session was truly epic and we spent much of it in Detroit at the old Michigan Building and around Eastern Market.  It was one of those sessions that sticks out for sure – just awesome.  So we had a slight dilemma – we loved exploring around Detroit and they wanted to go back for Lauren’s senior session.  Hey we’re always up for a Detroit session since there is so much going on down there and so many amazing places to shoot.  The question was could we possibly top what we already did down there?  Hmmmmm….  Could we reach an even higher level with Lauren?

Reaching an even higher level with Lauren…

Ally predicted that we would indeed be able to kick it up yet another notch.  And frankly I was confident too – we usually do.  We suggested Belle Isle which hadn’t been on Lauren’s radar but she trusted us.  Besides there was a little discussion around whether a beach shot might be nice – we had never used the Belle Isle Beach.  So we set out with plenty of possibility and adventure in the air and the results?  Well…… see for yourself. 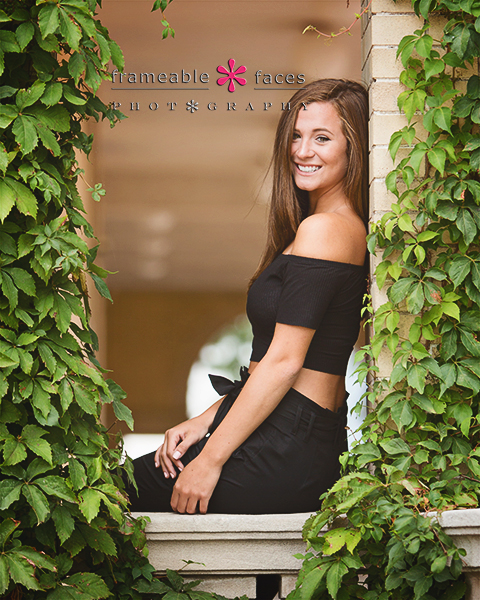 Great one to start with right?  Love the framing of our girl with the vines!

We also have plenty of behind the scenes fun as usual with some live broadcast replays (excuse my raggedy voice – I was recovering from being pretty well under the weather for a few days).  First we went live on YouTube.  If you want to tune in to other broadcasts be sure to hit the red subscribe button at our channel!

We ended up spending a ton of time on Belle Isle – some shots at the fountain, a few at the willow tree above, and a few over by the conservatory including this colorful one with all the pretty flowers surrounding Lauren! 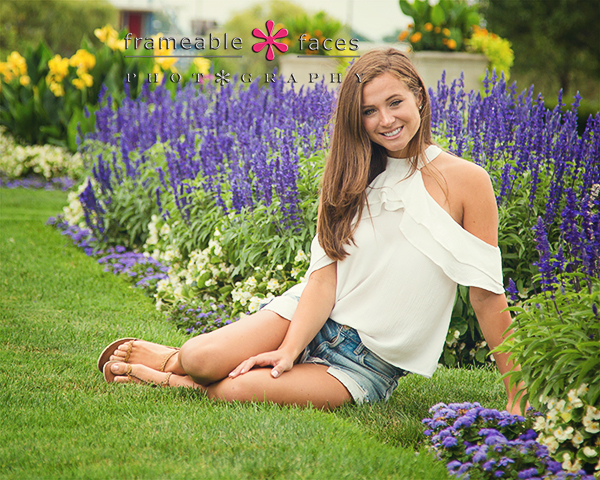 Next we headed around to the other side of the island to the beach which we pretty much had to ourselves and this turned out to be a great call!  Here is the fun behind the scenes Facebook Live broadcast replay where Gabrielle even took over for a few minutes as guest host as I struggled a little with the wind trying to reflect some light on our subject!

And here is one of the fantastic results.  LOVE this of Lauren… 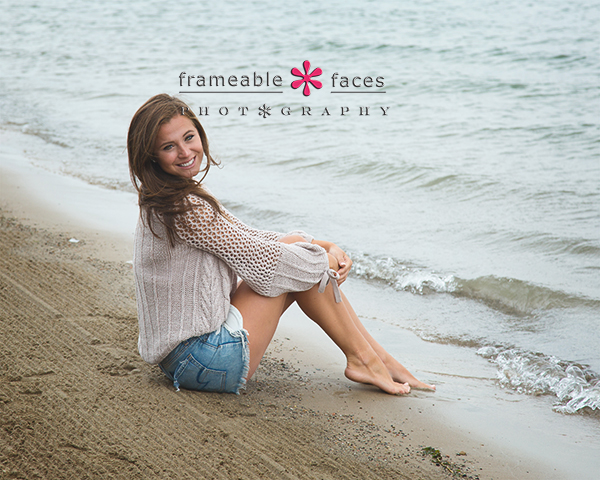 So yeah…. awesome stuff at Belle Isle!  But we weren’t done….

The Belt is a very cool alley in downtown Detroit where we’ve taken photos several times and Lauren had her eye on it so we headed over there for a few and we found this ultra cool art gallery there.  They let us come right in and shoot, and sometimes these unplanned things prove to be major highlights!  I took another pano while Ally was setting this one up…

And here is the result!!! 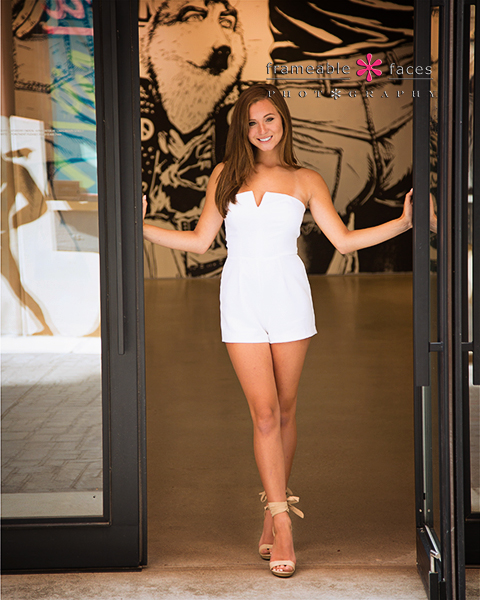 What a day – we actually finished it up with lunch at Johnny Noodle King and it was the perfect end to a day we won’t soon forget as we indeed reached a higher level with Lauren in our Detroit return!  We hope you enjoyed the highlights of our day!