We love staying in touch with our seniors after they graduate high school and we posted a sports update 3 years ago of those who have gone on to compete as student-athletes at the college level, and now it’s time to do it again – it’s our 2022 sports update! Note:  We did NOT take these sports photos – we have credited them to the appropriate websites from the schools.

Kicking off or should we say serving up the 2022 sports update is Kendall Murray a class of ’20 senior from Ann Arbor Skyline who is playing volleyball at the University of Michigan!  Kendall is a sophomore and here she is wearing #27 for the maize and blue (her dad’s number at Michigan when he was a teammate of mine there may he rest in peace). 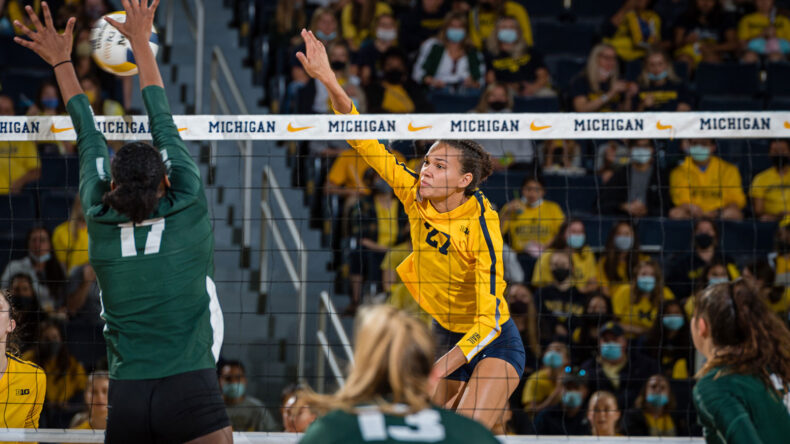 Next let’s check in with class of ’19 senior Morgan Leib who is playing hockey at Saint Mary’s in Minnesota!  Here’s a great action pic of Morgan (#25) getting a shot on goal used with permission from her Instagram – she has scored 4 goals this season! 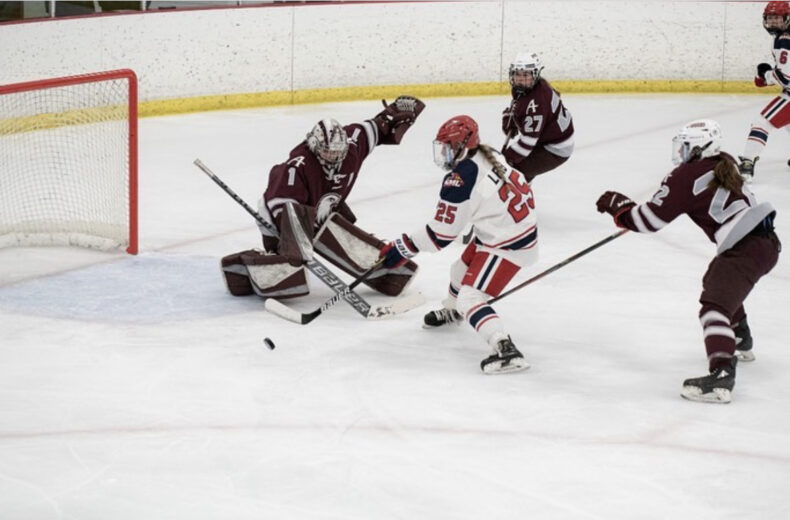 Back to volleyball with class of ’20 senior Kiana Martens who is playing at Northwood University!  Kiana came to us all the way from St. John’s, Michigan!  She’s a sophomore and registered 175 kills in 24 matches this past season! 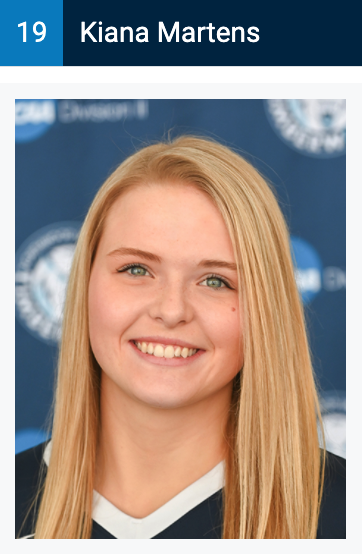 Josh Rubin meanwhile was a class of ’19 senior and the second of the Rubin sibs to play college soccer!  He’s playing at Saginaw Valley and here he is in action (#15)!  He’s a junior defenseman and has played in 49 career games so far for the Cardinals! 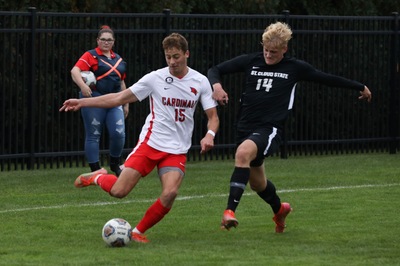 Lira Bordoley (class of ’21) has played and excelled at many sports such as track & field and powerlifting and now she’s on the novice rowing team at Michigan!  We’re huge Lira fans.  Here she is 3rd from the left with some of her teammates!  Go Blue! 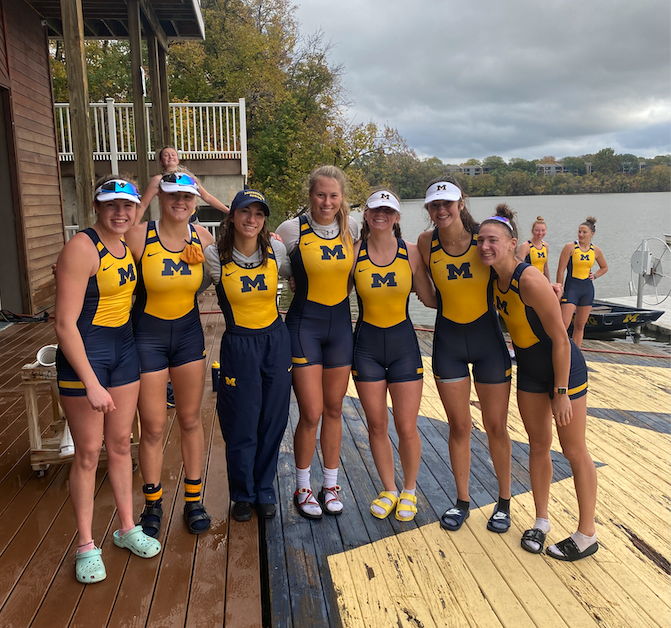 One of the craziest senior sessions we ever had involved a deer coming up to Meg Stockreef (class of ’19) and licking her hand!  Now Meg is playing field hockey at Central Michigan – Fire Up Chips!  That’s Meg #12 below playing against Michigan!  She’s a junior midfielder and has played in 40 career games. 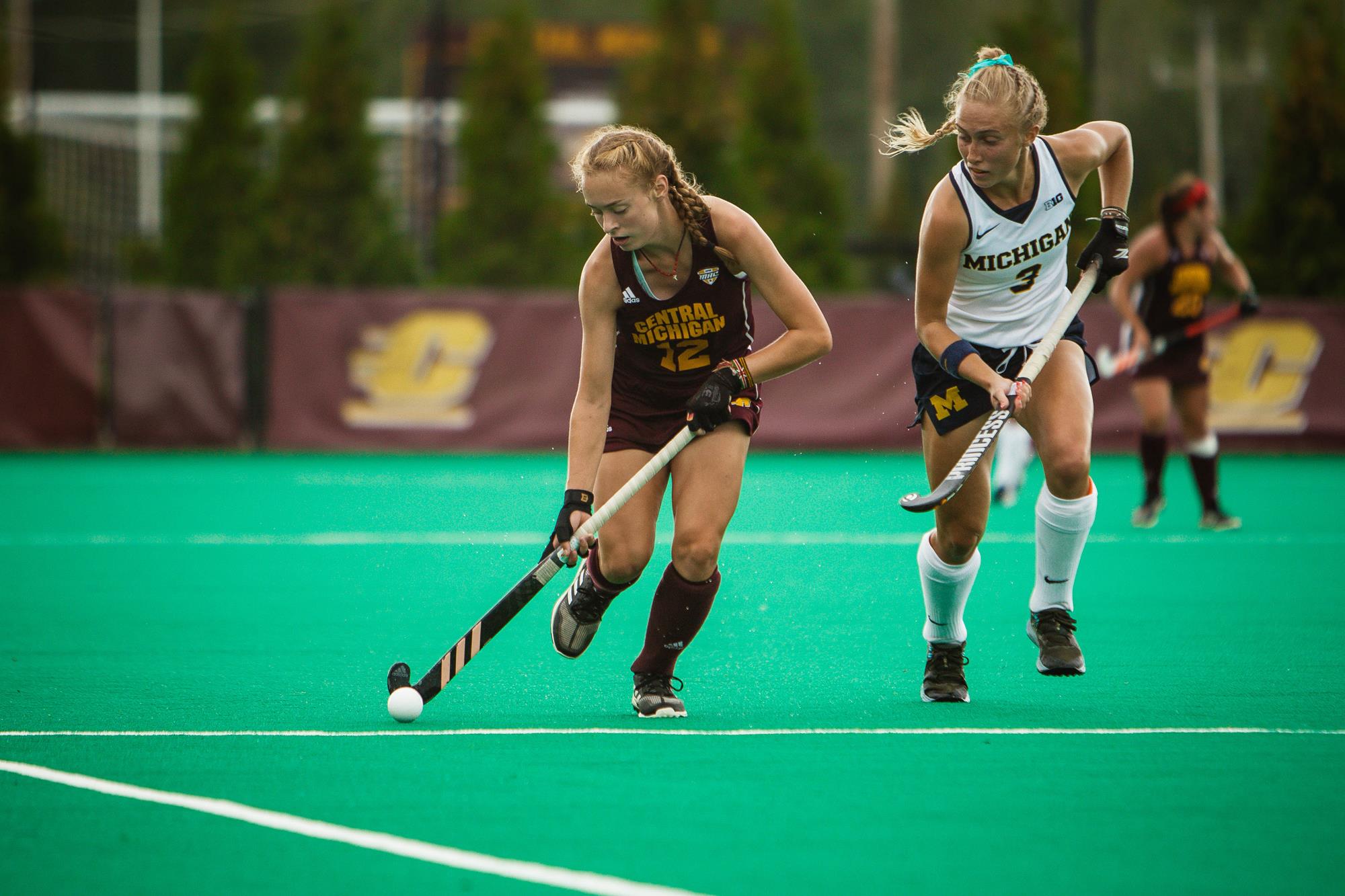 Photo by Allissa Rusco at cmuchippewas.com

We introduced Grace Stark (class of ’19) to avocado toast in Pontiac during a break on her senior session and now she toasts the entire SEC as the 60m indoor hurdle CHAMPION!  Grace is literally a world class athlete – we won’t be surprised if she wins olympic gold – she’s already broken the U20 world record in the 60m indoor hurdles…. 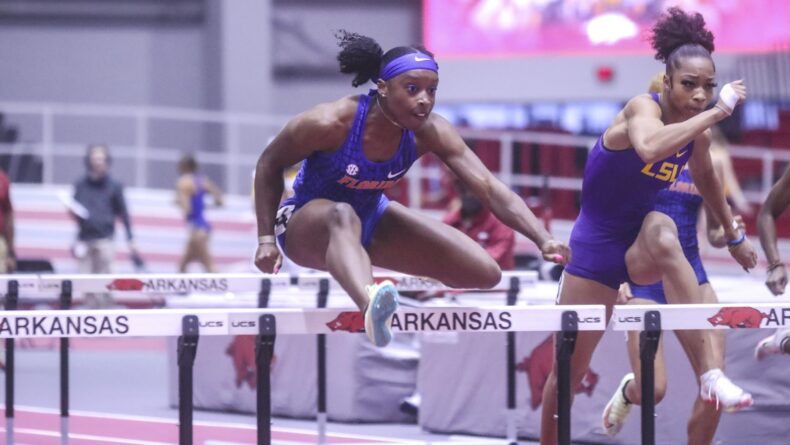 Photo by Jared Rigdon at floridagators.com

Meanwhile Elle Hartje (class of ’19) is tearing it up at Yale on the hockey team.  She scored a hat trick in her very first game of her freshman season against LIU in the fall of 2019 which as a side note coincidentally is now where her older sister Sasha (who hung out with us on Elle’s session) plays hockey and where our daughter Lacey attends grad school!  It actually gets weirder from there…  Sasha attended Emory undergrad and was sorority sisters with our cousin Yael who was born on the same exact day as Lacey.  So Sasha went to undergrad & then grad school in Georgia and New York with Cohen cousins who were born on the exact same day…. like, what?  In any event here’s a photo of Elle (#4) from that LIU game – a Bulldog surrounded by Sharks! 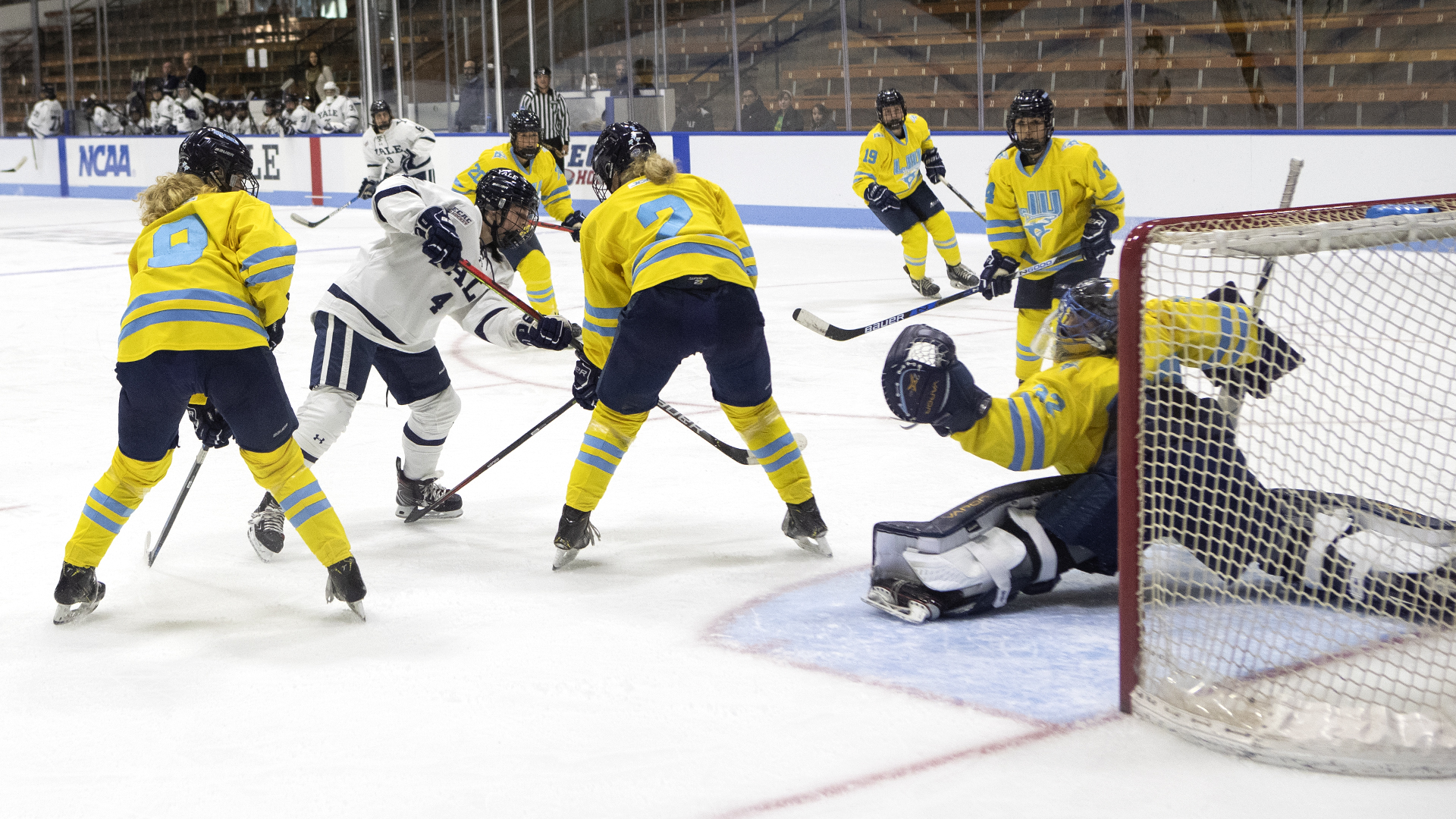 We fell in love with Anika Yarlagadda – a class of ’19 West Bloomfield Laker and an incredibly talented tennis player!  She’s currently undefeated in singles for the North Carolina Tarheels for the current season and has been ranked as high as 57th nationally according to their website as a junior!  She’s awesome. 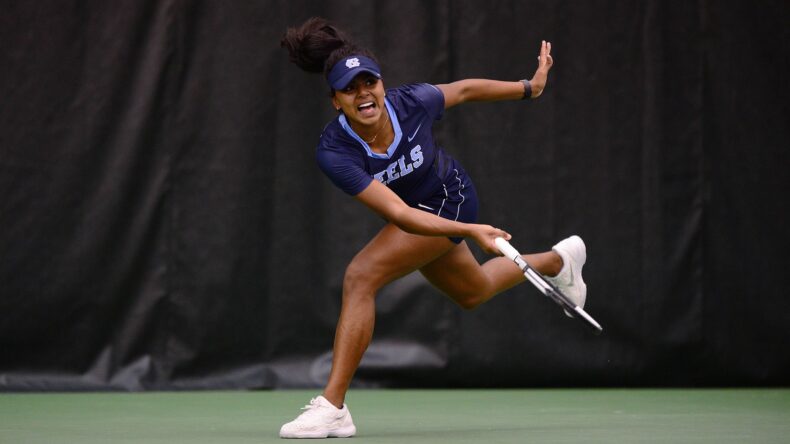 Photo by Jeffrey A. Camarati at goheels.com

Jo Jo Harvey (class of ’18) has the distinction of being the subject of one of the most iconic Frameable Faces senior portraits of all time and it’s still on display on a piece of curved metal in our ordering room!  You can see it if you click on her name along with the behind-the-scenes of her at the starting line!  Jo Jo ran track at Saginaw Valley for a couple seasons and notched a 26.69 indoor 200m personal best there! 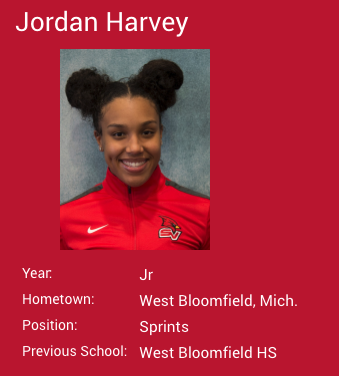 Last but FAR from least is Madelin Skene (class of ’18) – another daughter of a former teammate of mine who is now playing softball at Northwood University after transferring from U of M Dearborn where she had a three year batting average of .396 and 17 home runs!!!  We know she’s going to crush it at Northwood! 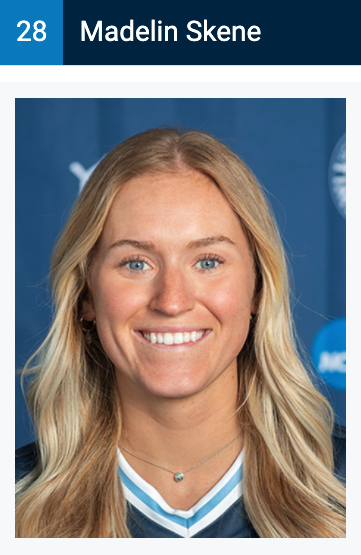 So there you have it!  We love putting these together and we can’t wait for the next round in a few years which will certainly include Kellen Fife who just accepted a scholarship to play soccer for the Iowa Hawkeyes and has already enrolled there early!  We hope you enjoyed our 2022 sports update of our Frameable college athletes!!!