We have done Frameable Flashbacks before where we check in with a former Frameable senior but this is the first time we’ve ever done a sports update with all of them!  We hope to make this a recurring thing as we follow the careers of these inspiring young student athletes!  We got the idea because this year we had a big run on athletes in the class of 2019 and we were thinking how cool it will be to follow their exploits at the next level.  But that got us thinking about all the other athletes we’ve had come through the studio who had great college sports careers already or who are currently getting it done now, so we thought this would be fun to highlight them!  Note:  We did NOT take these sports photos – we have credited them to the appropriate websites from the schools.

Let’s go back a ways to some of our seniors who have already finished their careers starting with Jarred Bratley! 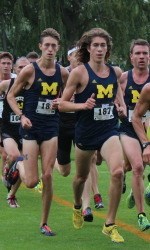 That’s Jarred above with the long hair running cross country for the Michigan Wolverines!  He graduated from Bloomfield Hills Andover and had a nice career at Michigan including Academic All-Big Ten honors.  What a great family, and his mom Elise would always come by the studio and keep us updated!  Jarred is going to be a doctor too.

Next we have Hallee Kansman who played soccer at Eastern Michigan! 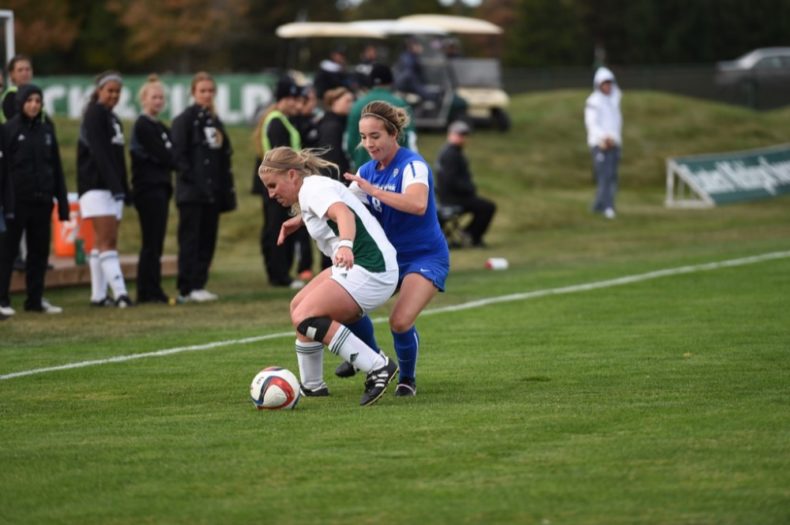 Hallee comes from a soccer family and we’ve known her mom for ages – so not to be outdone, her brother Kyle who was a spokesmodel for us played at Alma and earned all-conference honors there!  Both Kansmans played their high school soccer at North Farmington! 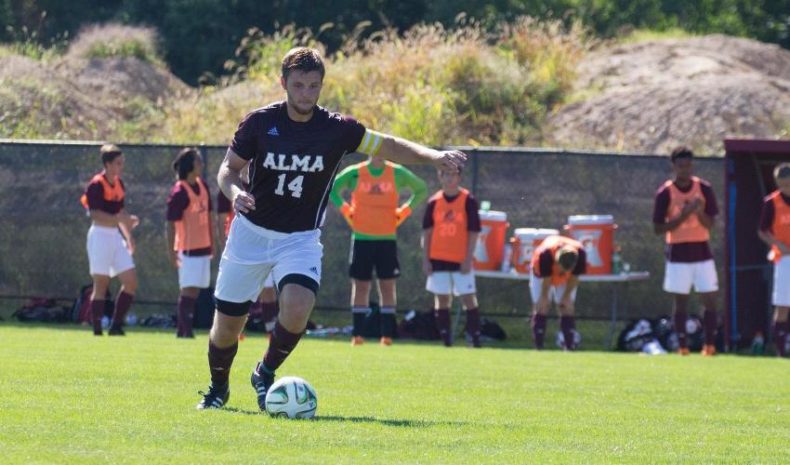 Next up is David Attenson who played football at Northwood – we remember cracking up on his senior session with a couple of intentionally goofy photos for fun!  David graduated from Bloomfield Hills Lahser.

He looks ready to rock in that photo!

Oh and let’s stay with Northwood with current player and son of Doug’s former Michigan teammate Doug Skene, Nathan Skene!  He’s a tight end up there and doing a great job! 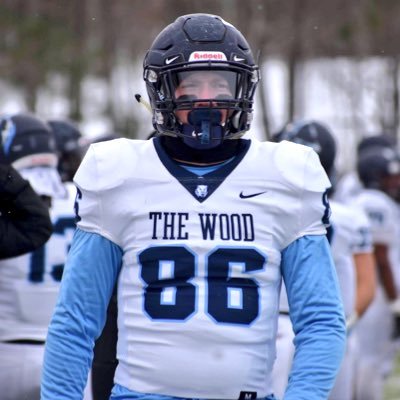 It’s cool to see the next generation getting it done.  Nathan’s sister Madelin is about to start her freshman season at U of M Dearborn as well so we hope to have some updates from her soon too!

Next up is Jack Wangler who played wide receiver at Michigan – that’s Jack #16 on the left! 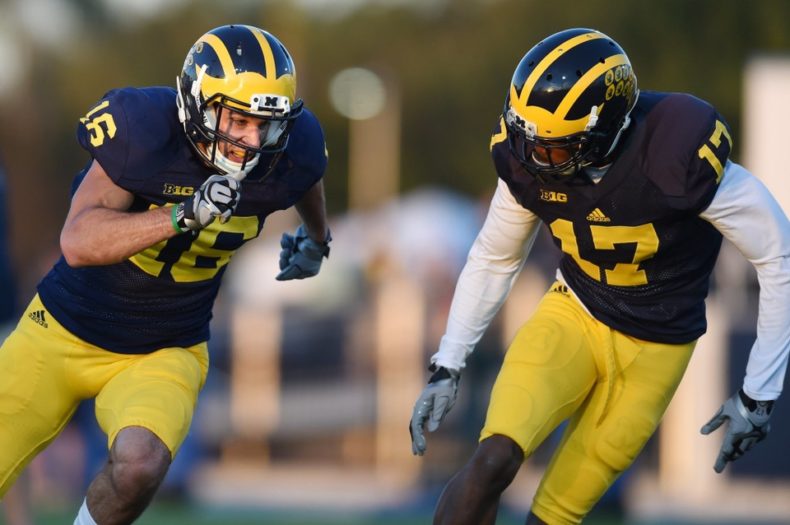 We’ve known the Wanglers for years and did senior pictures for three of the sibs as well as some great family photos.  Jack’s dad John played quarterback at Michigan back in the day with Doug’s older brother Jeff so we go way back.  We still talk about the laugh we had on Jack’s session when an older lady peaked her head in the door to say how good looking he was… hehe…   Jack has graduated and just came in recently for a headshot for his new job!

Once again we have a sibling student athlete with Jack’s brother Jared who just finished his career at Michigan this past season and he scored a sweet touchdown this year against Maryland!  Both of these guys played their high school ball at Warren DeLaSalle. 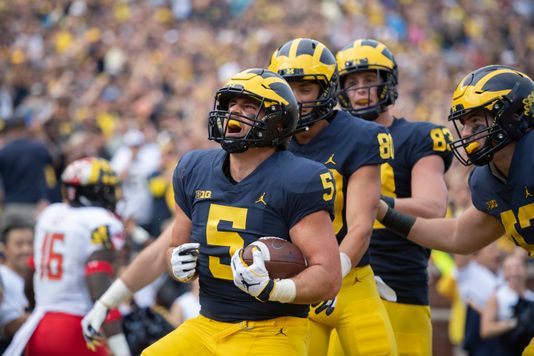 That’s Jared #5 celebrating his TD!  Our first “night time bleacher shot” was done with Jared and it still hangs in one of our windows!

Next we have Kayla Cornett from Birmingham Groves who after starting at Macomb Community College has just signed to continue her career at Madonna University! 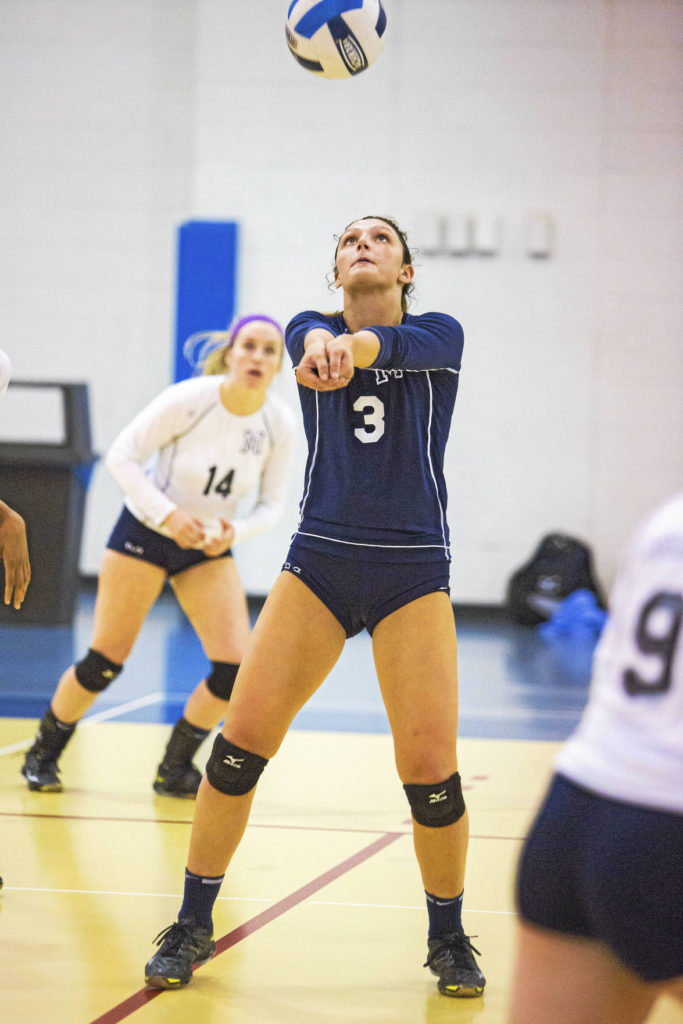 Love that girl and we’re excited for her!

Next we have Jubilee Jackson who was a spokesmodel for us and graduated from Bloomfield Hills High School. 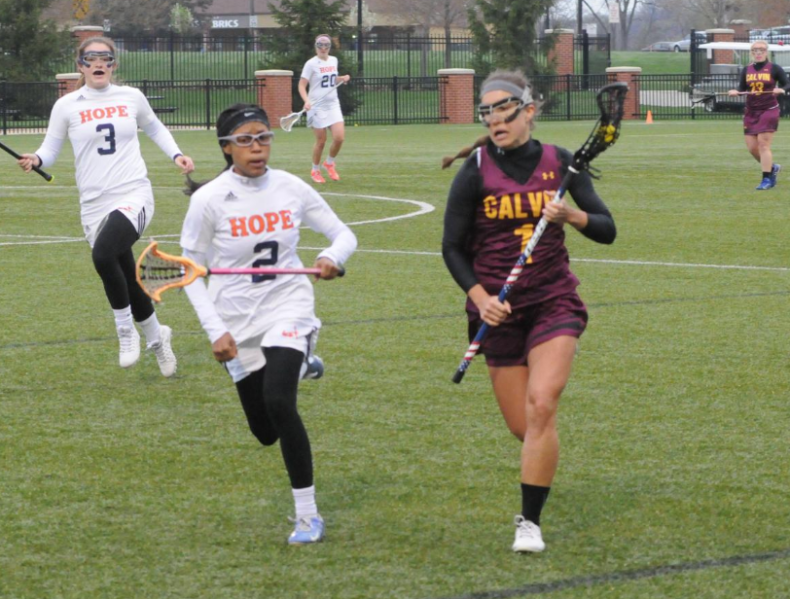 Jubilee played lacrosse for a season at Hope College – she’s one of a kind that one…. love her!

Next up is our nephew Jake Cohen who has been playing football at Wooster in Ohio! 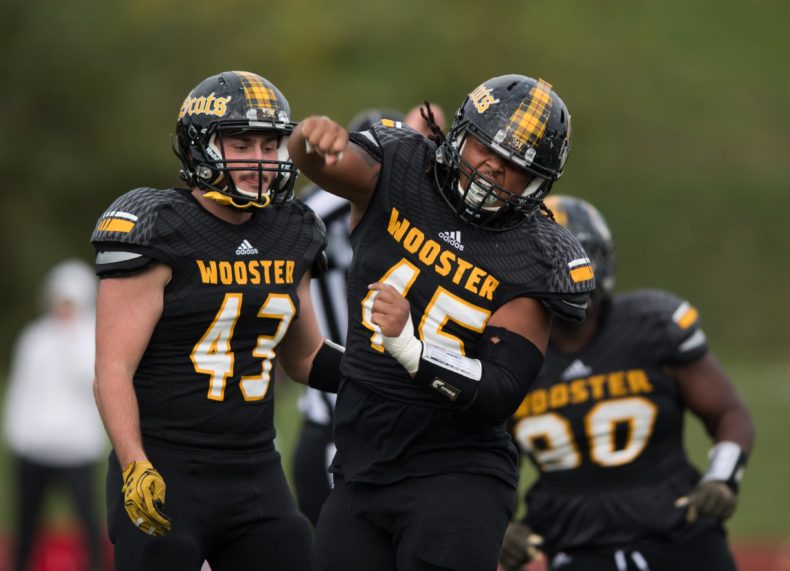 That’s Jake #43 and Jake graduated from North Farmington.  Unfortunately Jake had a really bad knee injury this past fall but up until that point he was having a really nice career starting at linebacker for the Fighting Scots!

Sticking with Wooster we go to double threat Akwia Tilton who plays basketball AND runs track for the Scots! 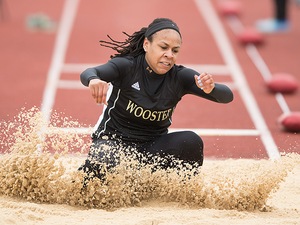 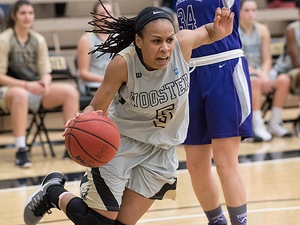 And yet one more at Wooster!  Anabel Faigin is a West Bloomfield grad and is a cheerleader at Wooster! 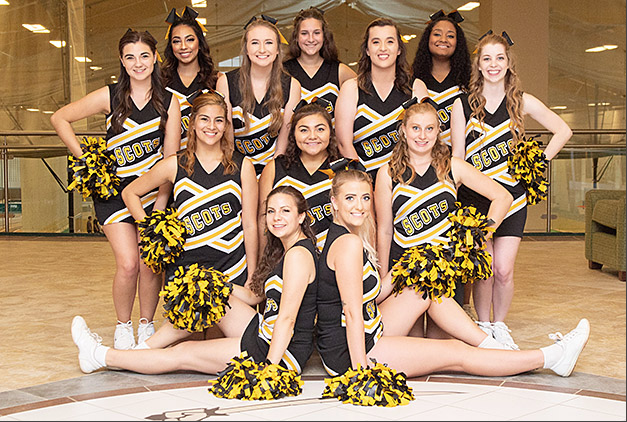 That’s Anabel on the right in the second row!

Staying in Ohio we have Jake Rubin who is playing soccer for Wittenburg College! 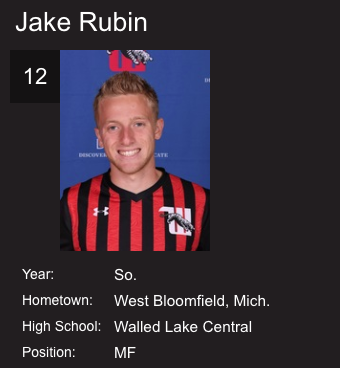 Sticking with soccer for a sec we go to Centre College where Abby Hegarty is a defender for the Colonels! 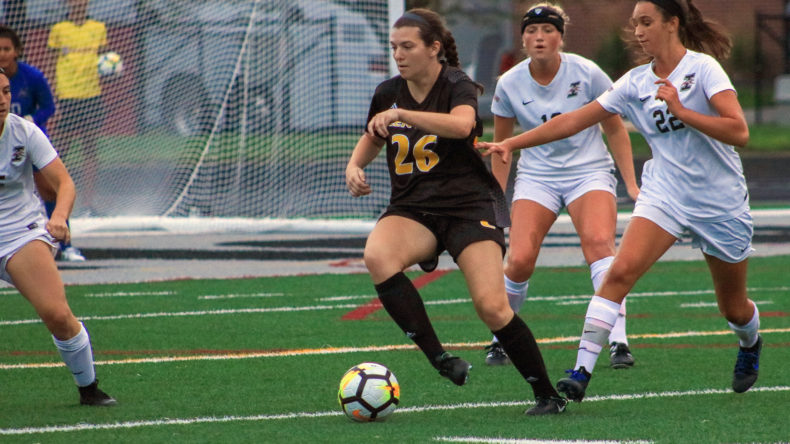 Photo by Kyle McGinnis from centrecolonels.com

Next is Marquian Johnson who played high school ball at Clawson and had a couple of great seasons playing wide receiver for Saginaw Valley State! 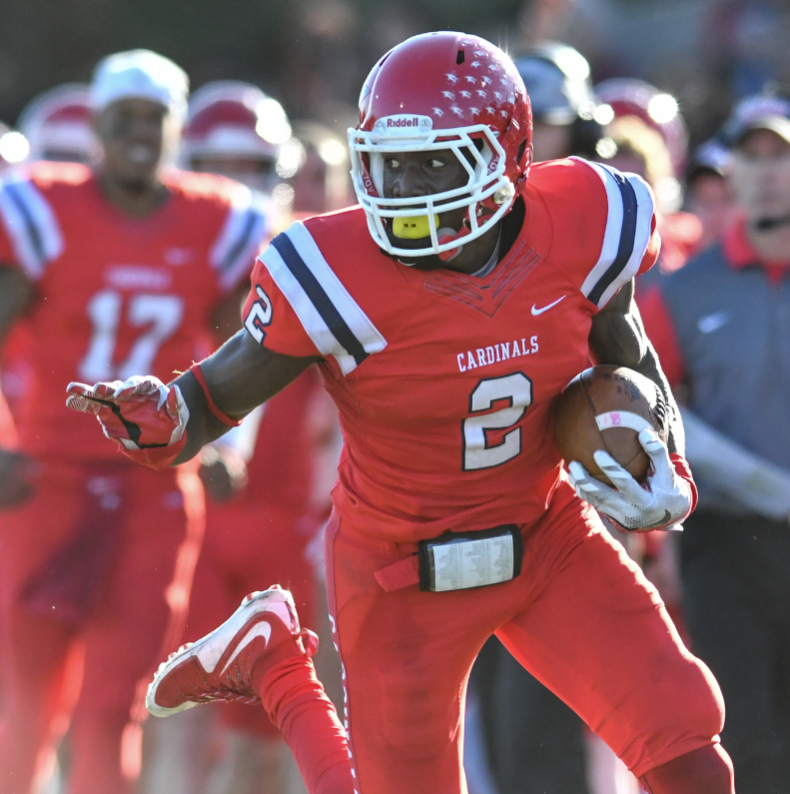 Another great kid with a wonderful mom Brenda!

Next up is Scotty Grant who is playing baseball at Albion – another one with a younger brother we photographed this year from Orchard Lake St. Mary’s! 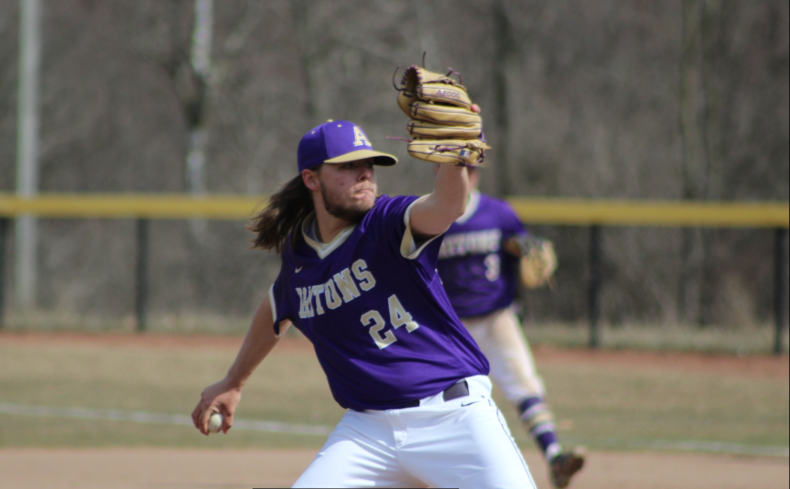 Scotty reminded us of our Tony a little when we photographed him – before he grew his hair long of course… lol!

Last but not least is Nick Seidel who captained his West Bloomfield Lakers to the state championship game his senior year.  Nick was a spokesmodel for us as was his older sister Emma!  We love this family and Nick is a great kid. 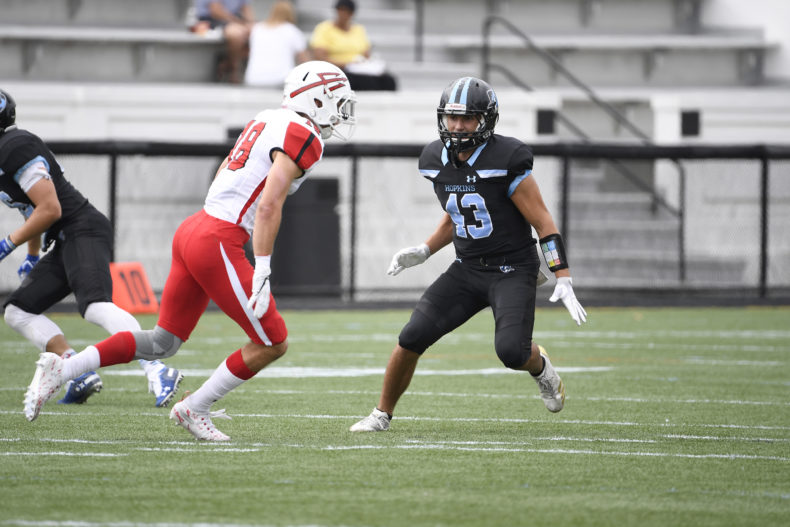 Nick is currently playing football at Johns Hopkins and that’s him in black and blue #43!  He had a fantastic freshman season and helped the Blue Jays get to the playoffs!

That’s it for now – we can’t wait to include Grace, Anika, Meg, Josh and Morgan as soon as they go off to Florida, North Carolina, Central Michigan, Spring Arbor & Utica to play track, tennis, field hockey, soccer and hockey!  We have also created a Twitter list of all of the current teams that have Frameables on the roster – you can follow that list HERE!