Tada!!!!  It’s Tamara!  A class of 2021 senior at Royal Oak Shrine and a legacy here at Frameable Faces since we photographed her sister Tia a couple years ago.  We love these guys – it’s always a family affair and Tamara’s sister Tara joined us on the session!  Meanwhile Tamara is a total sweetheart and we had an epic day with multiple locations for her session so let’s get to the highlights!

We started out at Goldner Walsh Home & Garden again in Pontiac – it’s such a great location for photographing seniors! 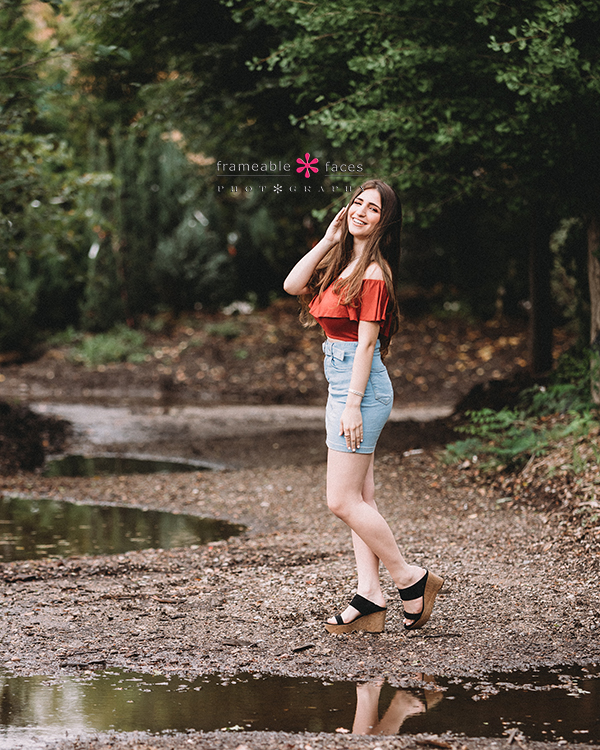 We also have some fun behind the scenes from our day – first from Facebook:

And here’s one more from Goldner Walsh: 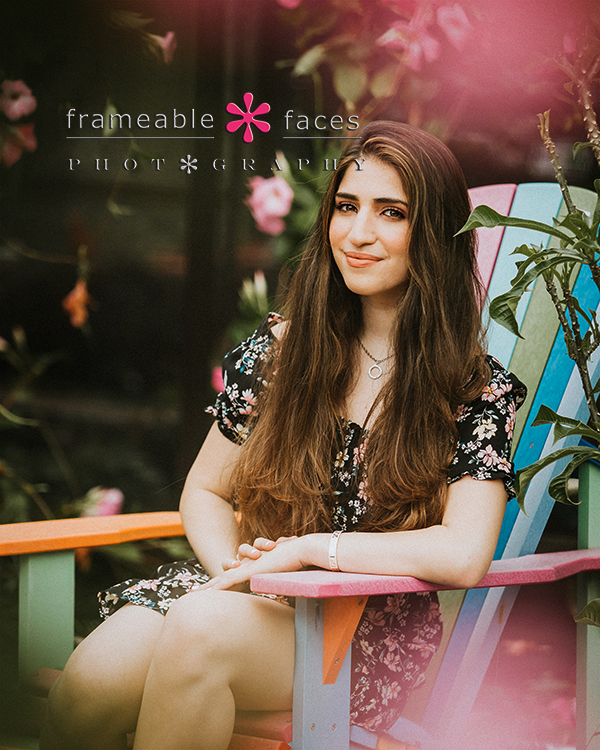 How great is that chair with Ally shooting through the flowers?  Tamara looks beautiful.

First on a bridge with the water in the background – love this photo: 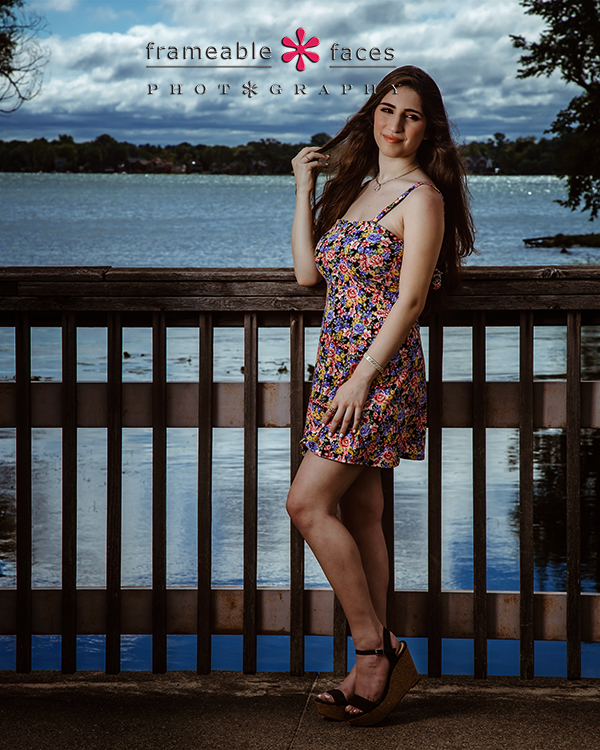 Then for the coup de grace Tamara got IN the water!  Tada!  Hehe… 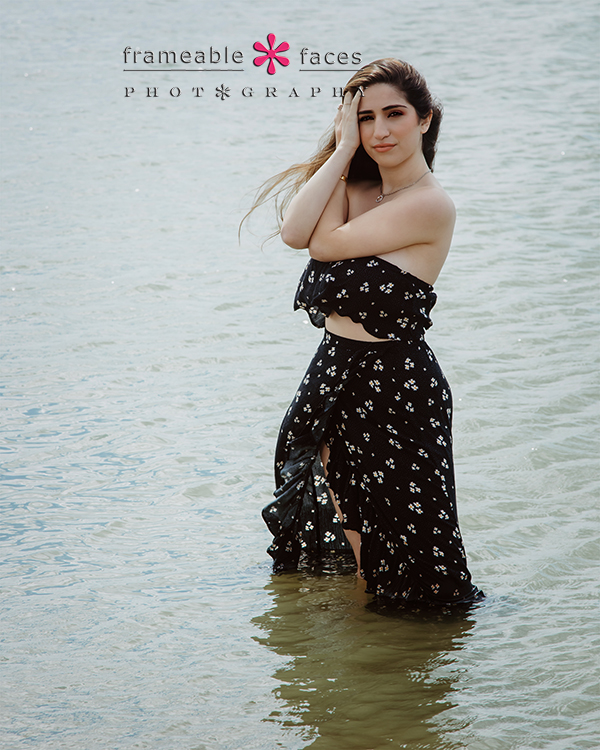 What a great day with Tamara we had!  We hope you enjoyed the highlights of her session! 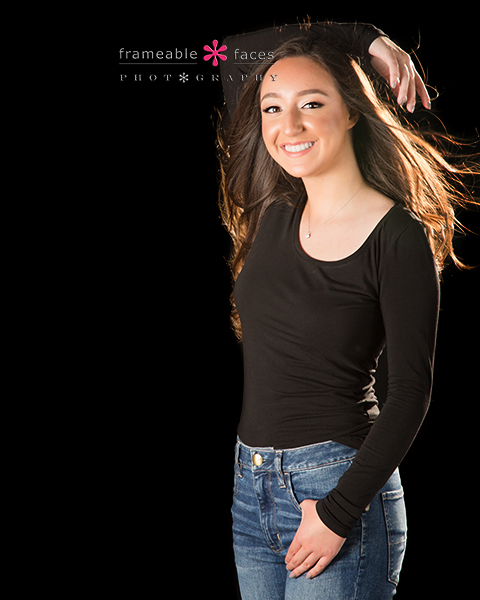 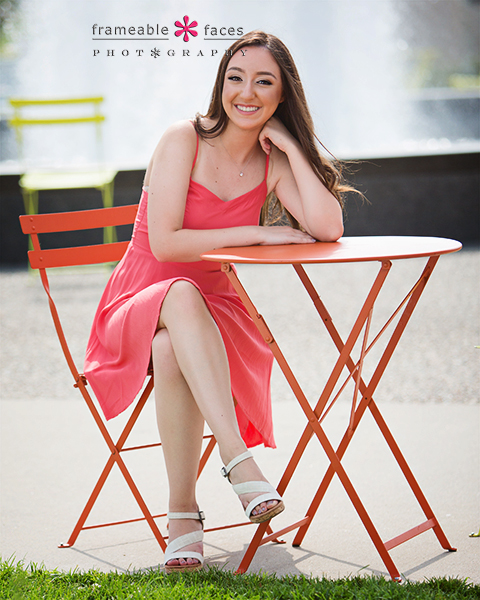 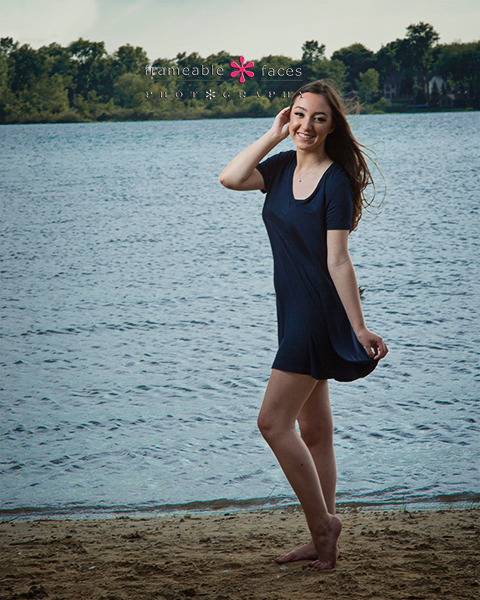 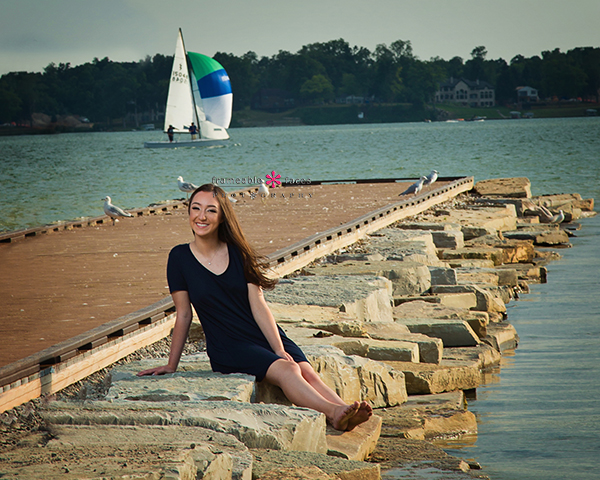