Ahhhhhhhh It’s Aria!  The surrealness of the class of 2017 continues as we present another upcoming senior we’ve known for almost her entire life!  Aria and our Lacey have been friends since they were toddlers and Aria’s parents are friends of ours (you’ll see Rachel in the broadcast replays later).  Aria is our latest spokesmodel from this awesome crew which has us so fired up!  She has appeared on this blog before in photos from her younger sister Sedona’s bat mitzvah and now it’s her turn in the spotlight as a spokesmodel.  Aria is one of the nicest people you will meet – smart and beautiful, she’s the whole package and we were excited for this day which led us to downtown Detroit again where we’ve been hanging out a lot lately.  If you watched the live broadcasts from this session then you know that this was also a double spokesmodel session with Maya whose photos we will be posting soon – you’ll meet Maya in the replays below as well!

But for now we are going to focus on Miss Aria for a bit….  We started off in the studio on the fiery red fabric background for this full length serious pose… 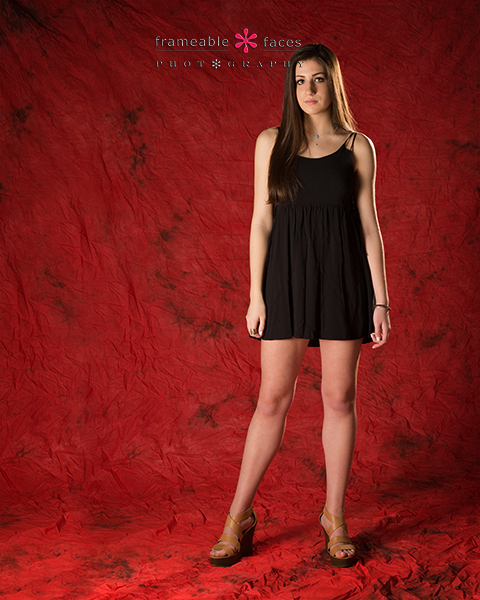 Aside from the black and blowy which we’re doing with all of our female spokesmodels we didn’t spend a ton of time in the studio for this session.  The rest of the shots are in Detroit where we found some great murals and locales, but before we get to those let’s have a little fun with the behind the scenes of our day and then we’ll look at more results.  First we have our Vine of Aria for your 6 second looping pleasure:

Next we have the replays of the live Periscope broadcasts of the day from our Katch.me page which are always a lot of fun.  If you haven’t downloaded this amazing app yet you can do so and come along with us on future sessions at @frameablefaces at this link.

First we have the studio broadcast:

And next we have the Detroit City broadcast!

At this point we headed downtown to The Belt alleyway where there are amazing murals in the alley as well as the adjacent parking garage and we got some great shots!  Here are a couple – first in the garage: 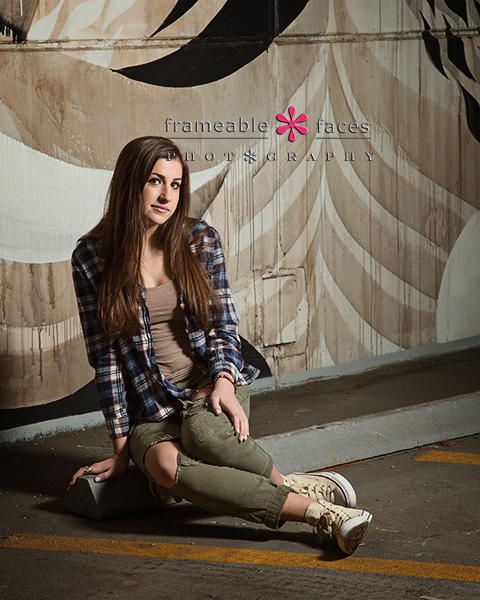 Next we have a photo from The Belt alley… 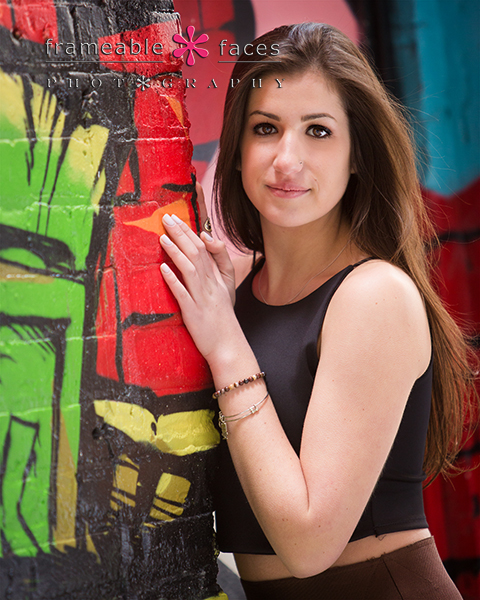 So pretty!  Love the timely breeze giving the slightest lift to her hair there…

At this point we relocated to the Wayne County Building for this photo that we’ll leave you with: 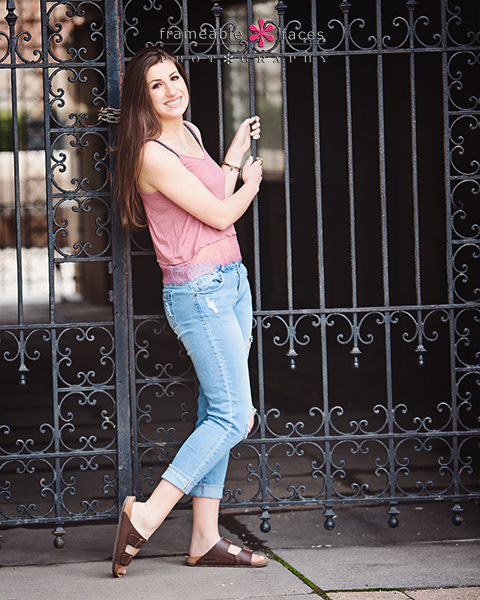 Cute smile which says it all about Aria – she’s a happy sweet girl and we love her!  We hope you enjoyed the highlights of our time with her!