Taking over the city with Zoe was the order of the day when we rolled into Pontiac for some killer urban photos on her senior session!  We love Pontiac and while it’s unfortunate that it’s pretty dirty and marked by considerable blight these days it does make for great urban photos – the grittier the better!

We loves us some Zoe

Meanwhile we were excited to photograph Zoe again since she is one of our spokesmodels for the class of 2016 and you may have already seen the highlights from her spokesmodel session here on the blog.  We had fun the first time around and Zoe and Ally were even wobbling at one point…  Zoe’s mom Elyse is a lot of fun too, and so off we went to Pontiac!

Taking Over The City…

You will probably recognize a few of these sites such as the abandoned Phoenix Center: 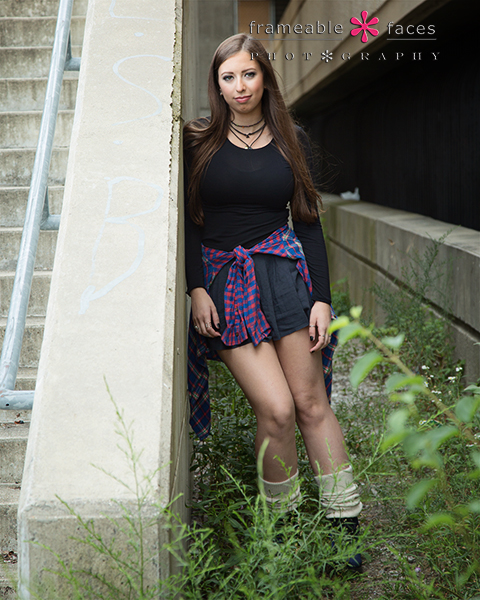 Love the framing of the angles, the lines, the growth – and the girl!

Love Zoe in this dress on this wall in the next photo – the pretty and the gritty! 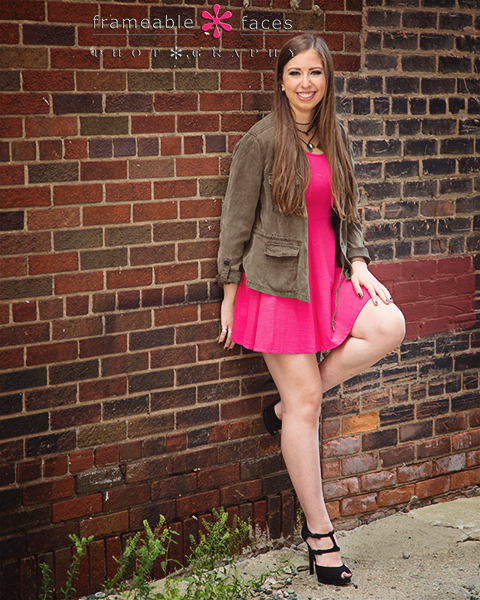 Let’s take a look now at our fun behind the scenes vine of our day where you can hear Elyse serving as Zoe’s cheering section!  🙂

We also did a live Periscope broadcast which you can watch if you would like to see more of the session which was viewed by a live audience!  If you haven’t downloaded the app yet you need to here and then follow us at @frameablefaces!

Okay back to a couple more photos… like this one of Zoe “stopping traffic” haha! 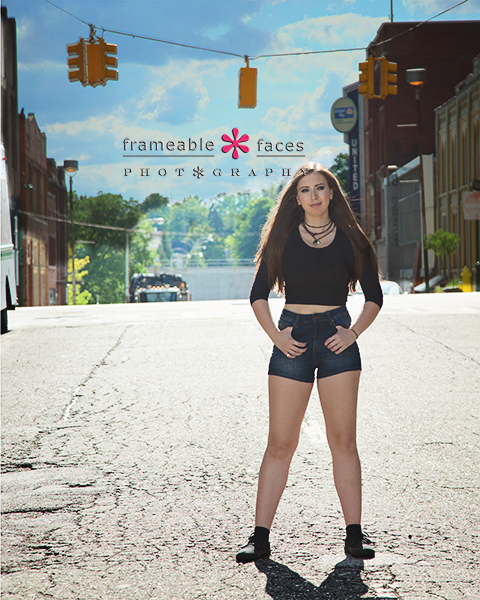 And lastly we’ll leave you with this one of Zoe against “Zoe’s post” since these posts are brand new…  Anytime a senior uses a new spot or prop on location it gets named for them! 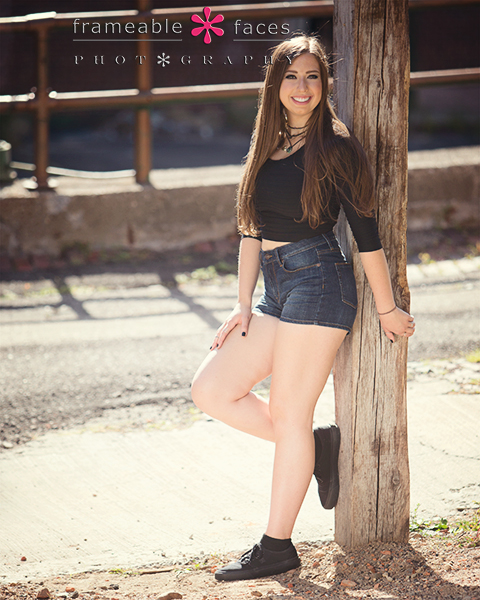 So there it is – taking over the city with Zoe!  We certainly did that and then some with this awesome girl!  We hope you enjoyed the highlights of our day!