For those of you who saw our previous Periscope “survival guide” blog posts and corresponding broadcasts, if you have been on Periscope since you probably know that there are way more than 13 or 14 types of chatters and scopers… 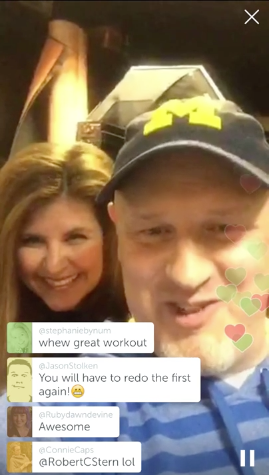 We here in the Frameable Faces research department have identified NINE more types of chatters and we broadcasted our findings live to a bloodthirsty (and nervous) Periscope audience.  We now bring you the YouTube replay of that broadcast along with a list of the chatters we covered.  Here is the replay…

So there you go – nine more types of chatters for you to be aware of!  Here are the links to the previous posts, and there is at least one more to come!

13 Types Of Periscope Chatters – A Survival Guide For Scopers!

13 Types Of Periscope Scopers – A Survival Guide For Chatters!