The Octopus is a really cool animal.  They’re smart, fascinating to watch, and there are 289 kinds of them!  But why have they become a symbol of a local independent photography studio in West Bloomfield, MI where none of them live within thousands of miles?  Let’s find out… 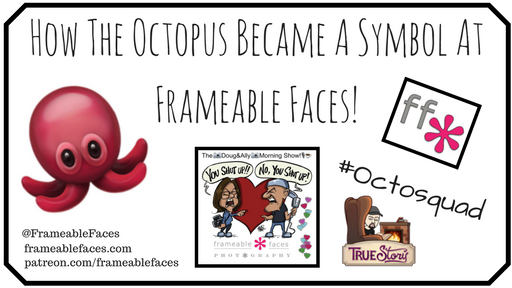 How The Octopus Became A Symbol At Frameable Faces

As you may know we name a lot of stuff here.  We name locations for the seniors who pioneer them, we name equipment and some of them even take on their own personas and start tweeting, sitting down for interviews…. etc.  Oy.

Meanwhile we have a studio light that is octagonal shaped and we started referring to “him” as “Octo” just for fun.  That was how this whole thing started.  You see, over the last few years (it will actually be exactly 3 years on 3/31/18) we have been periscoping as you may know, and along the way The📷Doug&Ally📷Morning Show!🎙☕ became a thing.  We made the trending list on the app which is owned by and integrated with Twitter as “Twitter Live” and we now have over 22k followers literally around the world.  At some point during the show when a newbie shows up we welcome them and give a tour of the studio, and the tour itself has become a daily event with many recurring hallmarks and themes of its own – one of which is Octo which somewhere along the way became “The World Famous Frameable Faces Octopus”.  Not sure the exact origins of this can be traced beyond the likely scenario of someone thinking I said Octopus one day instead of Octobox, and…..well…..take a look below and you’ll get an idea of what has happened:

Yes the World Famous Frameable Faces Octopus gave way to the rise of the #Octosquad!  Our friend Lauren (@Sound_Of_Boots) usually makes the announcement and everyone gets their octo on.  Pretty much anyone can be a member of the Octosquad, just like anyone can be a Frameable – it’s an attitude, a lifestyle if you will, and you just jump on in!

Since then octopuses (yes that’s the proper plural of octopus) have been popping up everywhere.  In the studio…. 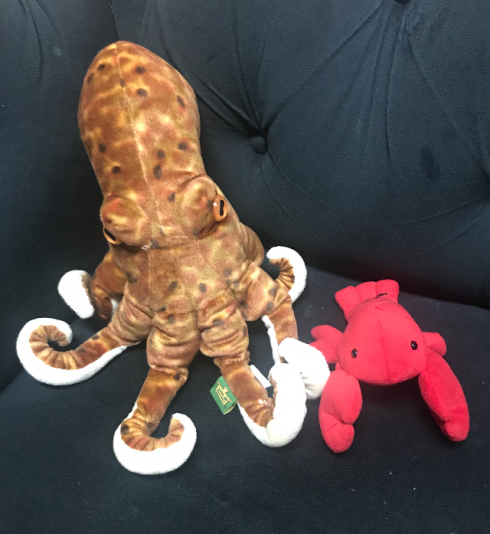 That’s the octo we brought back from the Keys with his partner Fitzy’s Maine Lobster.  Fitzy is one of our Periscope friends who sent us that from his trip to Maine. 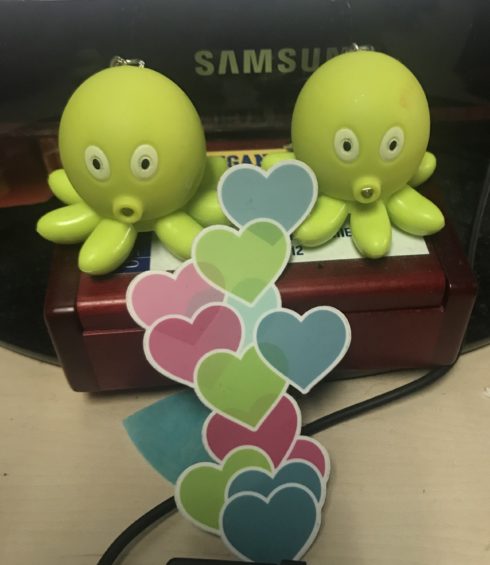 Octos even adorn our bookmarks which we’ve been giving out as rewards for subscribers of our Patreon page…  Our friend @McFannie showed hers off with a tweet! 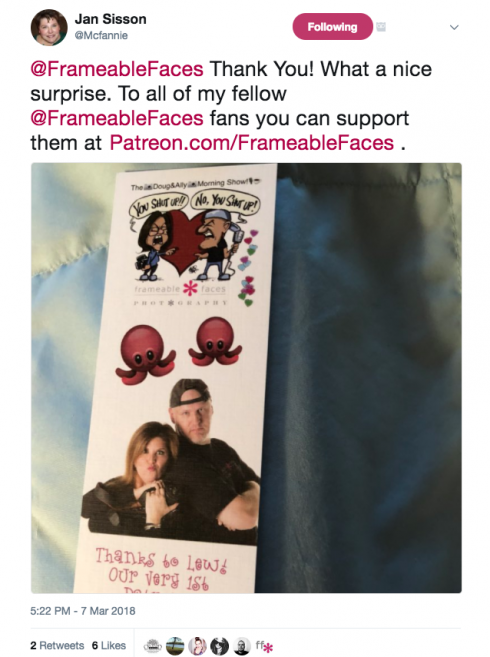 And there you have it!  Now you know how the #Octosquad was born and how the Octopus became such a symbol of Frameable Faces!  We hope you’ll join the Octosquad too!