Cami was certainly “CAMI-RA ready” for her senior session takeover of Detroit!  We’re very punny here at Frameable Faces.  This was an epic session not like any before it and you’ll see why in a bit.  Meanwhile let’s talk about Cami.  We’ve known this girl for a long time and we actually photographed her brother Kyle for his senior pictures, but our relationship with Cami goes way back before that when a party favor from a Cami birthday party in the form of a music CD mix became the standard in the Cohen mini van for a good chunk of our kids childhoods!  The “Cami Disc” was awesome!  We still talk about it from over a decade ago…  We’ve known Cami since she was 3 and she and our Lacey were in dance class together at Studio A the year it opened, so this girl has always had a special place in our hearts.  She’s got it together too – she plans to be a nurse!  We really had an amazing day with her and her mom Bonnie!

We started in the studio for a couple of quick photos with the plan to spend the majority of our time downtown.  Here’s one on the black background before we head out on location… 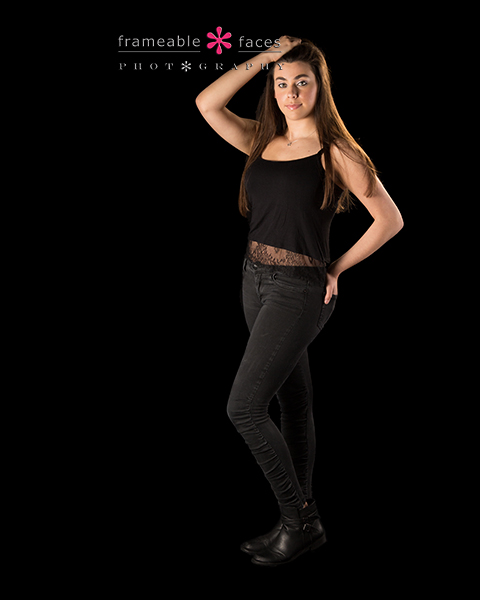 Of course we have plenty of behind the scenes fun and here is the replay of the first Facebook Live broadcast from the studio!

At this point we packed up and headed downtown for what was supposed to be a trip to Belle Isle and then maybe Eastern Market for some murals and whatever else we might find… well that didn’t happen.  Okay well Belle Isle happened – and we love this red bridge there! 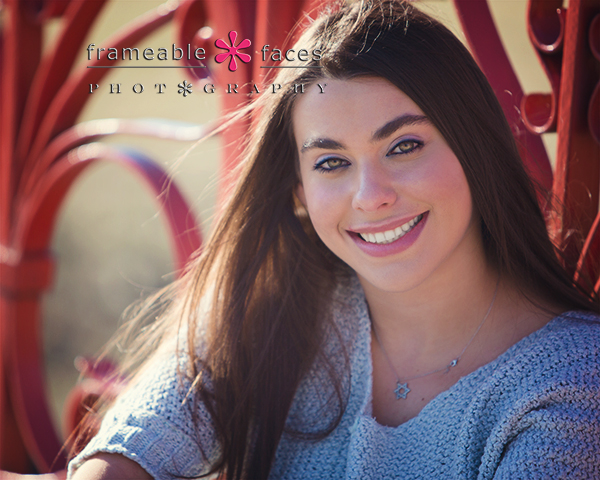 Beautiful!  The lighting was great even if it was a little chilly…

Meanwhile there would be no Eastern Market for us on this day…  Instead Ally had seen one of our clients post a few pics of an old theater downtown that is now a parking garage – the Michigan Building.  It’s like a post-apocalyptic scene in there and Ally thought this would be a cool spot – Cami was sold immediately so we went down there, and WOW.  Ally’s jaw hit the floor when we walked in – so cool!

Here’s the behind the scenes broadcast from Periscope.  You can follow us there at @FrameableFaces at this link or see our broadcasts on Twitter here!

You have to see this. Doug&Ally with @camio8799 for senior pics in #Detroit in the Michigan building – trust me.☺️ https://t.co/BloyIEqRfk

Here’s one of our results from the theater… 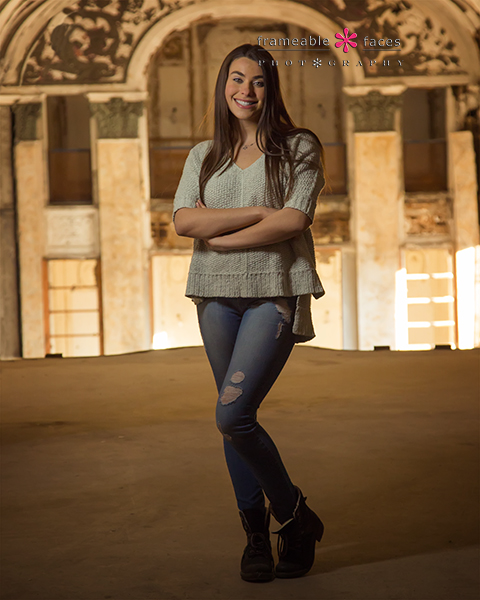 And here is one of the photos from that setup: 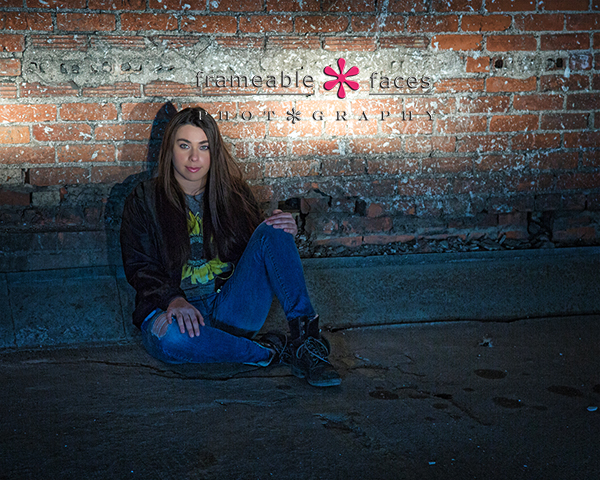 Love it!!!  Yes Cami was Cami-ra ready and we were ready to make some magic which we did on her pioneering session!  We hope you enjoyed the highlights of our day, and we’ll leave you with the Snapchat story from the day complete with the squad selfie at the end!