We love Emma.  She is just a burst of personality and total adorable-ness, and on top of that she’s clearly my spirit animal – we totally bonded over American history and that’s pretty much what we talked about while her mom Tara and Ally sat and watched during her consultation.  We decided we’re going to go for coffee and talk about history one day lol!  To that end, Emma had a plan for her love of books to be a part of her senior session and she had scoped out the venerable John K King Bookstore in Detroit as an essential locale in our plan – she even contacted the store where they were more than accommodating in letting us photograph there!  This turned out to be the beginning of an EPIC day that ended up at our fave Chili Mustard Onions for dinner!  So let’s get to what happened at the bookstore and more highlights in between as Emma Elevates the senior picture game!

John K King is a massive bookstore of used books that you MUST visit if you haven’t before.  Here’s the behind the scenes Facebook LIVE broadcast where you can tell how giddy we were about photographing there!

And one of the results… 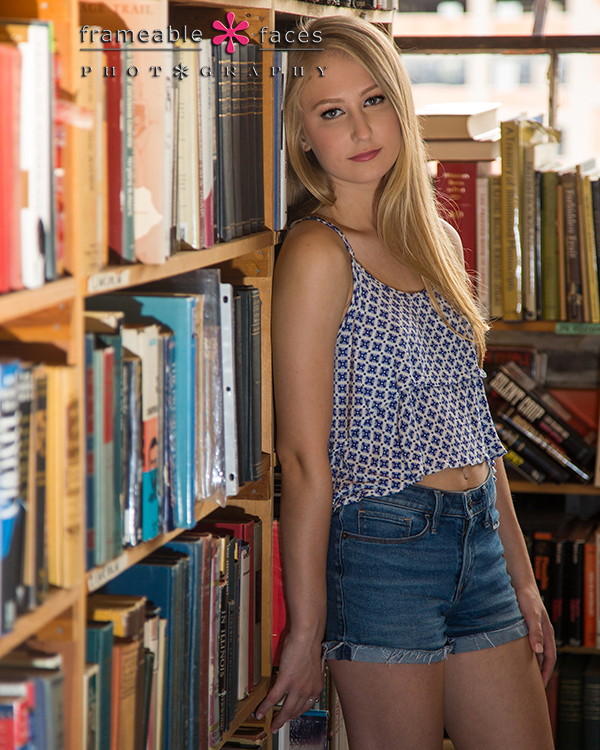 How beautiful!  Emma looks amazing and it’s just such a cool photo that really captures a big part of who she is.

From there we headed over to Belle Isle where Emma and Tara had another great prop in store…. 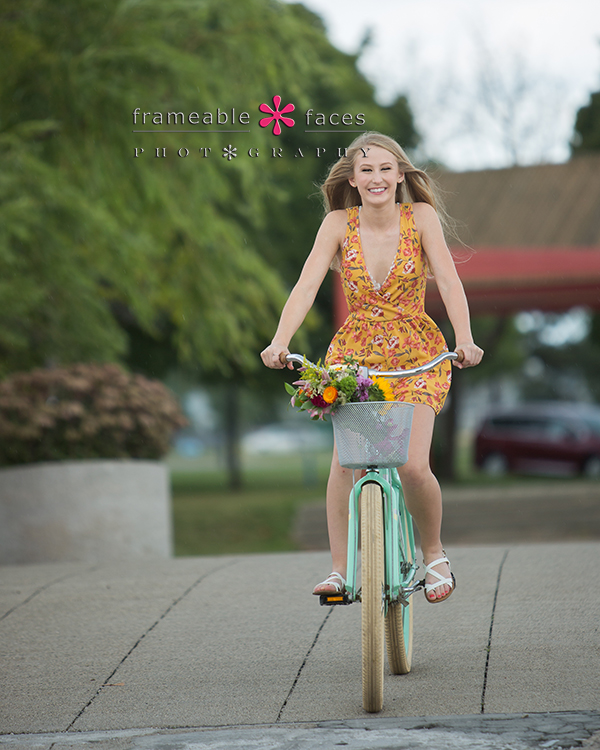 How fun is the bicycle and the flowers in the basket?  The sky opened up right after this photo with a blast of rain as we scurried back to the car to wait it out.  We just lucked out on that… it didn’t last long and it left behind a gorgeous rainbow in the sky. 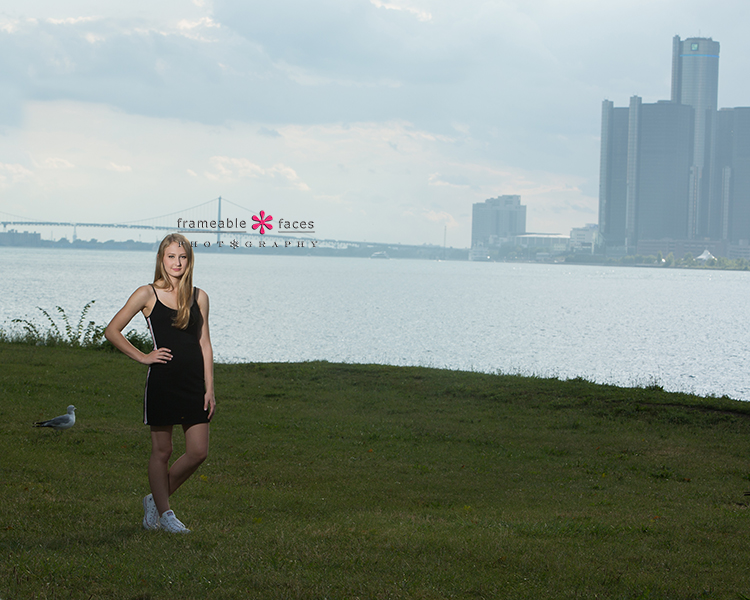 Last but not least we headed over to Eastern Market for the murals and there’s a funny fruit mural Emma likes a lot so we used that one.  Here’s the behind the scenes from Instagram LIVE (including a “Tara takeover” where Tara took over the broadcast)!

And here is the fun result! 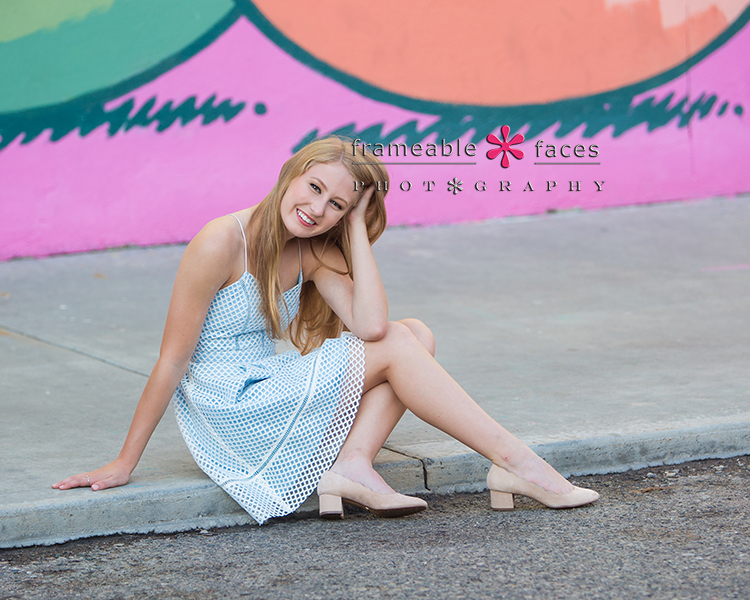 Our day with Jeremy was one of those days when planets seem to align in ways that don’t seem remotely realistic on a number of levels…  Just a perfect day of surreal proportions!  It starts with Jeremy’s mom Karen – and this is not meant to embarrass her at all, in fact it’s just really cute.  Karen wasn’t sure Jeremy would really be into doing a fun and involved senior session, and she wasn’t sure she would be invited if he agreed to it.  Now keep in mind – this is not out of the ordinary and has nothing to do with whether Jeremy is a great kid (he is) and whether or not the two of them have a good relationship (they do), it’s just that some seniors (and especially senior guys) are more excited for this than others, and not all parents come to senior sessions.  It’s probably about 60-40 that they do.  Some moms know they’ll hover too much and affect the session, some teenagers are just, well, teenagers.  Lots of factors involved.  There’s no doubt that Karen wanted to be there though – she just didn’t want Jeremy to feel obligated to have her and wasn’t sure how it would go.  So there’s part of the backdrop to the story…

A Perfect Day Of Surreal Proportions

So Karen planned not to come.  The session was scheduled for November 1st from 3-6 in Detroit – Jeremy and his family are all about Detroit and the comeback the city has been on (as are we) so they thought that would be great to head down there.  Karen was at the mall grabbing lunch the day of his session when Jeremy called her just to check in and he said “you’re coming on the session right?”   Karen was pretty psyched to get that question and it was just luck (no really) that she was here and available to pop over to the studio and come downtown with us.  Planets aligning… 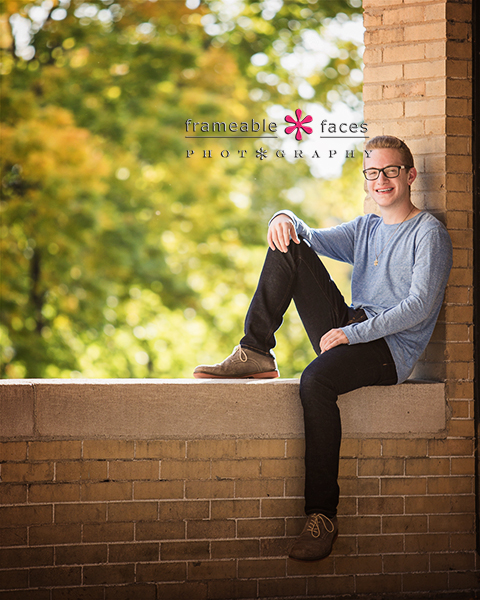 Oddly enough as you can see the colors were not totally turned on Belle Isle yet even though it was already November, and while we’re on that topic, late September and most of October were unseasonably warm this year which is why the color change started much later than usual.  We figured for sure the cold was finally on its way for real when the temperatures averaged 53 for the previous 7 days before Jeremy’s session.  Well Jeremy’s day was 74 degrees!!!  It’s not supposed to be 74 degrees in Detroit on November 1st.  Planets aligning…

Here is some fun behind the scenes from our day starting with a replay of one of our live broadcasts on Periscope!  You can be a part of our future shows by downloading the app and following us at @FrameableFaces at this link or you can just watch from Twitter here. 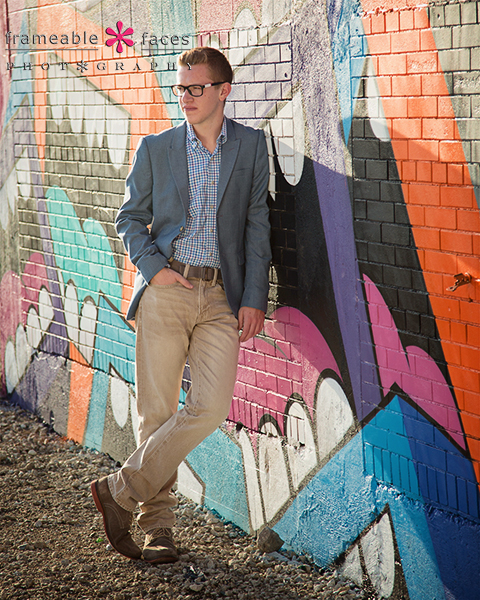 Soooo cool… what a stud!

…and here’s one more mural shot. 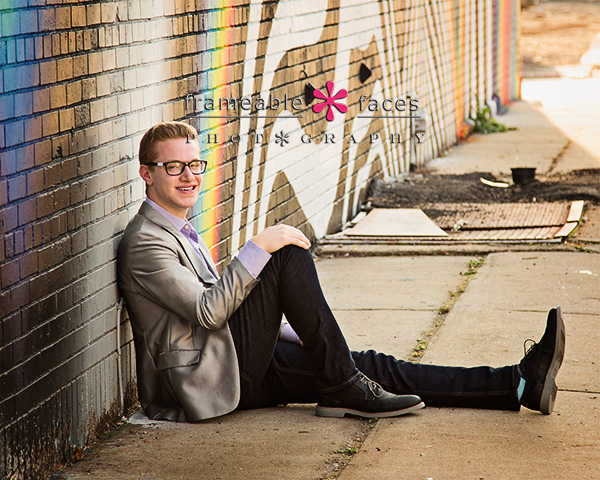 Digging the way the jacket blends into the paint here…

At this point it was time for the coup de grace.  We headed over to the Detroit Riverwalk to get a few photos which we have never actually done before and we had never been to this part of the Riverwalk but it certainly won’t be our last time there.  The whole scene was surreal – a November evening in Detroit with everyone in shorts on what felt like a perfect summer evening.  As the sun was going down the temperature held above 70 and the sunset was AMAZING with the Detoit River and the Ambassador Bridge in the background.  Planets aligning yet again…

We ended up going with a little off camera flash for this last photo we’ll share – you can get a feel for the scene in this last broadcast from Periscope – most of this broadcast is of the amazing sunset while we took a little break but it’s worth a look:

And here is the last one as the sun was about to vanish on the horizon – and while it is a finished image, Ally did not mess with the color – that sunset sky is #NoFilter! 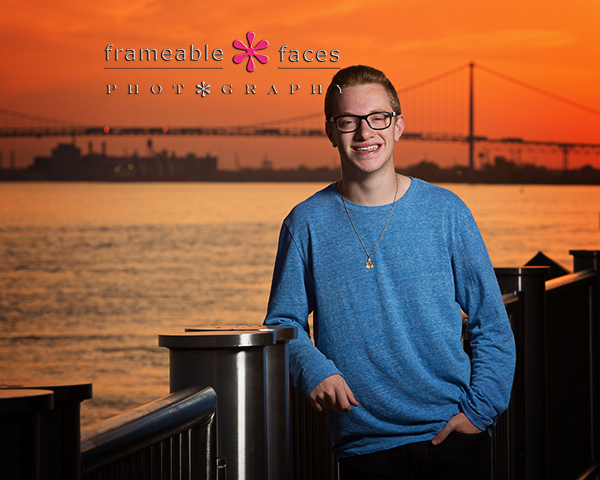 A perfect day – as it was finishing up we just kind of reveled in the satisfaction of an amazing session and the crazy way in which it all came together!  Karen was thrilled to be a part of it, so were we, and Jeremy nailed it!  A perfect day of surreal proportions and we hope you enjoyed the highlights!