Those of you who know us here know that we wouldn’t “Josh ya” – right?  Okay well maybe we would and actually that’s what we’re doing in this post right now!  We bring to you….Josh!  We have known Josh for a long time and he and our daughter Lacey have been friends for years.  We also photographed his older brother Matt for his senior portraits so a little reprise with their mom Gayle was in order and we had a lot of fun and laughs as expected!

Time To Josh Ya…

We had a game plan to do some photos in studio and some on location so let’s start in the studio with the formal look on the grey backdrop! 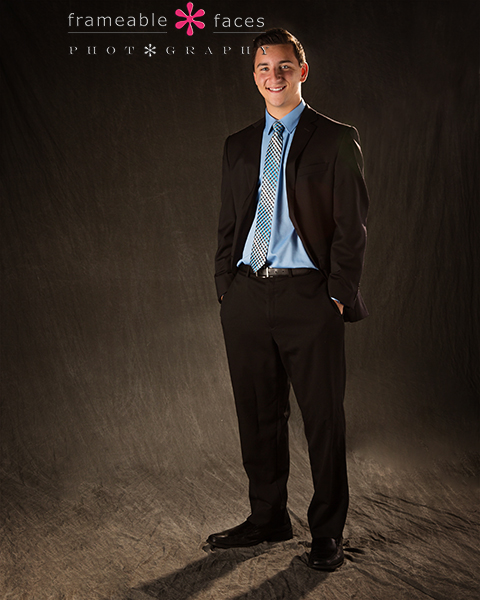 We also have plenty of behind the scenes live video for you on replay!  Here is the first of a couple Periscopes we did – this one in the studio.  If you don’t have Periscope and you want to join our shows and participate you can download the app and follow us at @FrameableFaces here and if you have twitter and just want to watch from there you can do that too.

Josh is a hockey player too so he changed into his Little Caesars jersey for this next one: 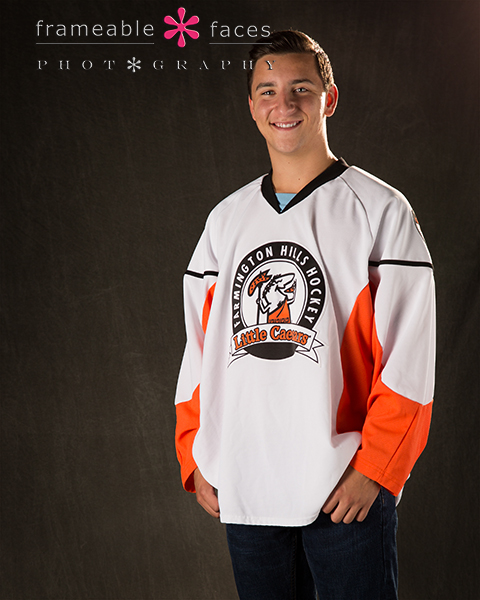 At this point it was time to head out to Heritage Park for some location shots and some more live video!  First again with Periscope.

Here’s one of the location photos which came out quite nicely – Josh was a breeze to work with! 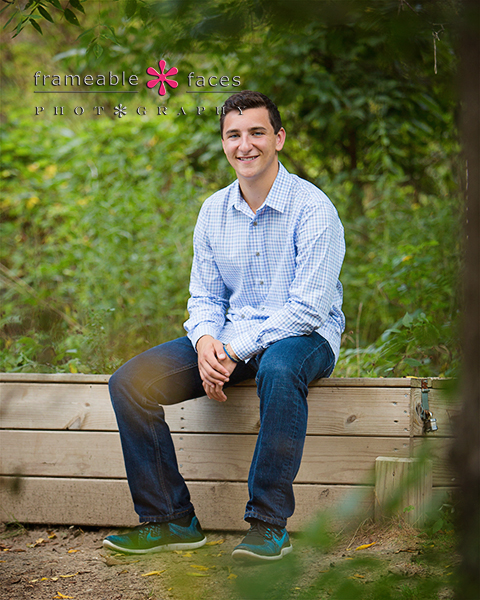 One more live video this time from Facebook for some more behind the scenes: 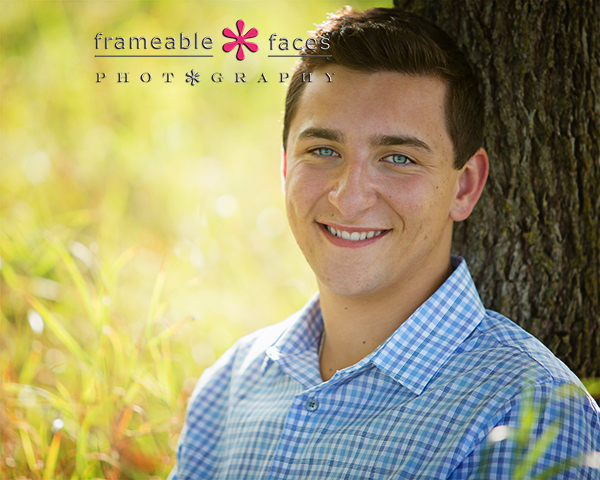 Sweet!  So there you have it!  We decided to Josh Ya and we don’t feel bad about it one bit.  We hope you enjoyed the highlights of our day with him!