We have spent more time in Detroit this year than ever before and that’s not by accident.  Detroit has been roaring back with a comeback like we’ve never seen in our lifetime and many seniors want to have their sessions in the city.  We have become familiar with some great spots and we are still discovering new ones all the time making for some awesome outings!  Reed’s session was no exception and he’s the second guy from this family Ally has had in front of her camera!

Reed’s parents Brent and Tracie came along for the day as did his younger brother Mason.  Brent and I worked together back in my corporate days so we go pretty far back – about 20 years to be exact!  So this was a fun opportunity to hang out together for a day – it turned out to be somewhat of a wild and wacky session complete with wipeouts and a traveling party that got involved (more on that later) and the weather even cooperated despite a shaky forecast!  So let’s get to it.  But first a studio shot before we head downtown… 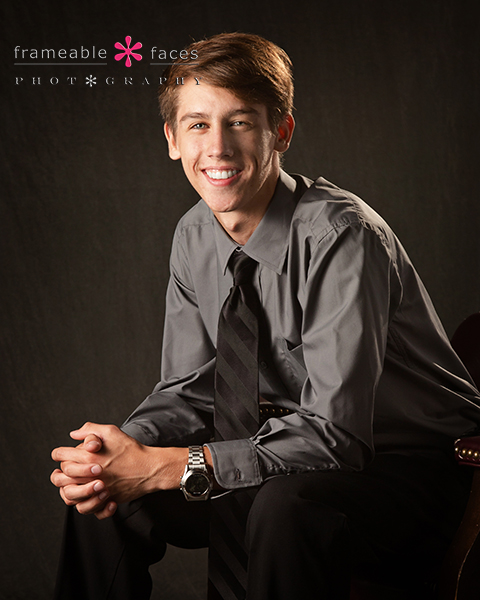 Good looking dude – looks just like his dad too…

Our first stop was on Belle Isle which is definitely becoming one of our favorite spots.  Love this view of the skyline behind our guy! 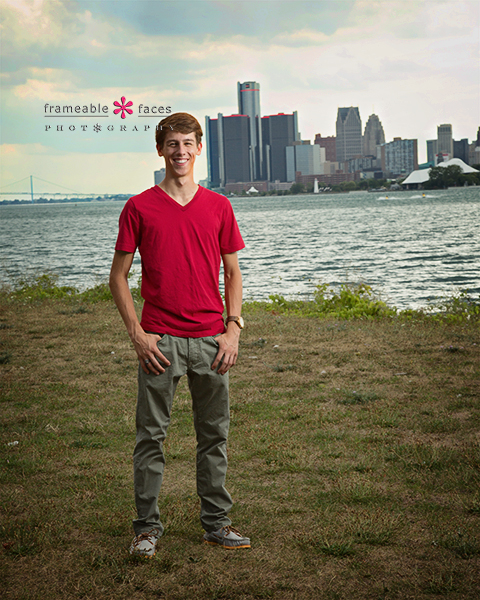 We have a couple more to look at but let’s sprinkle in a little behind the scenes action… First the 6 second looping Vine that pretty much sums it all up….

Here is the replay of our Periscope broadcast from Belle Isle.  You can be a part of our broadcasts on the Periscope app with your smartphone by downloading the app and following us at @FrameableFaces here.

Here’s another photo from Belle Isle with a new spot we found with the bog in the background and a well placed American Flag! 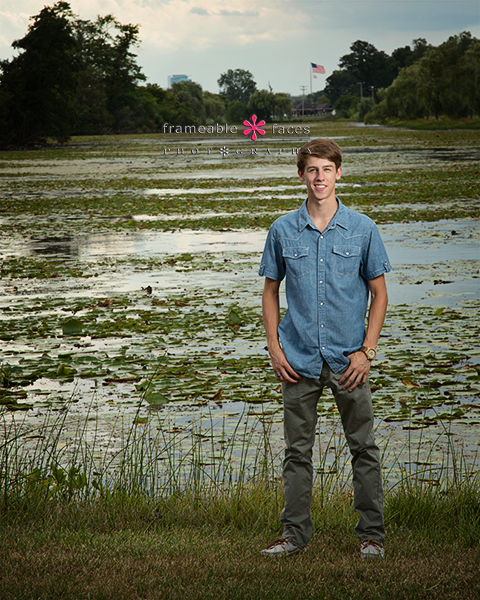 Now here is where it gets a little crazy!  Hehe…

This next Periscope replay you’ll see where this merry band of travelers came pedaling by Comerica park where we were setting up to get a photo in front of one of the Tiger statues.  Brent went to grab my iPhone but like a botched track and field relay the handoff failed and Brent went down trying to save it…  I guess I should have known this broadcast was pegged for madness when I somehow started the broadcast without the title pasted in.  “Untitled” is probably appropriate.  Ha!

Meanwhile if you watched the whole thing you saw that the party people took a liking to Reed and wanted their own senior picture, so here it is…. 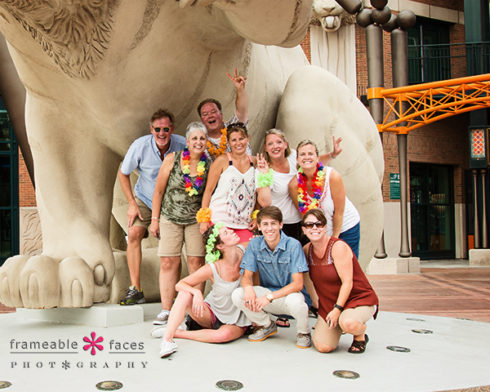 From there we headed over to the Dequindre Cut to wrap it up, and we broadcasted again this time on Facebook Live… 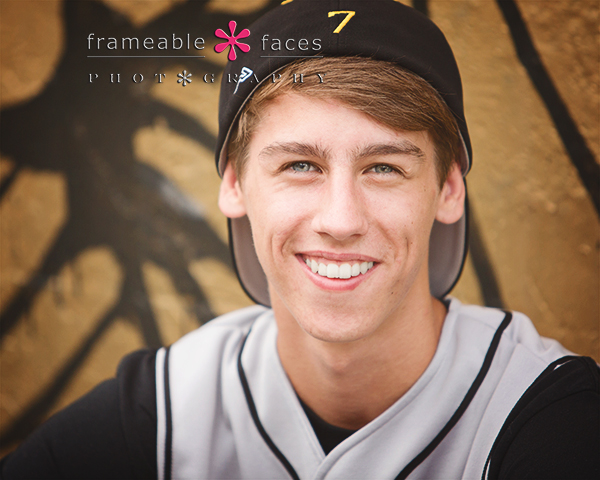 And there you have it!  We certainly took over Detroit on this day with Reed – a session we’ll never forget and we hope you enjoyed the highlights!