Rachel is fast becoming a “Frameable Faces Legend” for several reasons…  First of all she was the first spokesmodel we brought on board for the class of 2016, so that’s a nice distinction in itself.  But she also has been a pioneer of sorts here with a chair AND now a wall named for her.  Anytime a senior tries something new for us it gets named for them, so Rachel will long be remembered here.  Plus she comes by and hangs out from time to time.  Suffice it to say we love this girl…

Rachel’s spokesmodel session was entirely indoors back in January so we were excited to get out on location for her senior session and for this session we covered “four P’s” which wasn’t by design per se, it just worked out that way.  And what a session!  Rachel’s mom Sue joined us and much fun was had.  So let’s get to our four p’s shall we?

We started out in the studio on the purple background which we have had a lot of fun with this year.  It’s a great color for this girl! 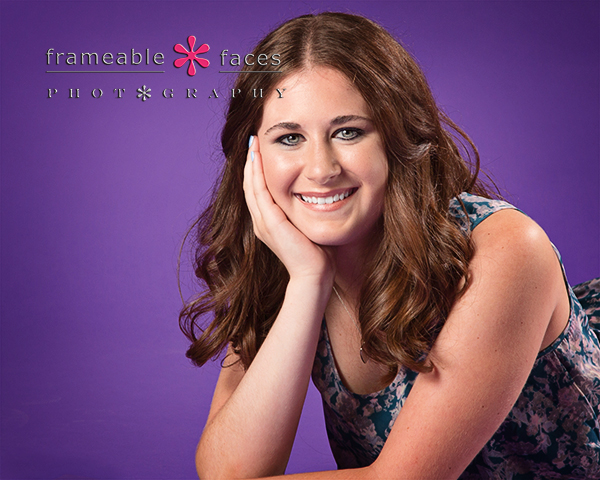 Now before we get to the other P’s let’s look first at our fun behind the scenes vine of our day:

4 P's of @RachelZuck – On Purple, On Pointe, On Plants, ALL Perfection! https://t.co/JAdADqRVPa

We also broadcast portions of the session live on Periscope in the studio and on location and the broadcasts were a lot of fun – here are both segments back to back in this YouTube video including the “bee incident” where Ally caught a bee in the frame right by Rachel’s face!  The bee incident happens at the 11 minute mark and we got a little chuckle out of that.  Download the app here and follow us at @frameablefaces!

Now let’s head out to the location portion of the session first with this stunning photo of Rachel leaning against a tree: 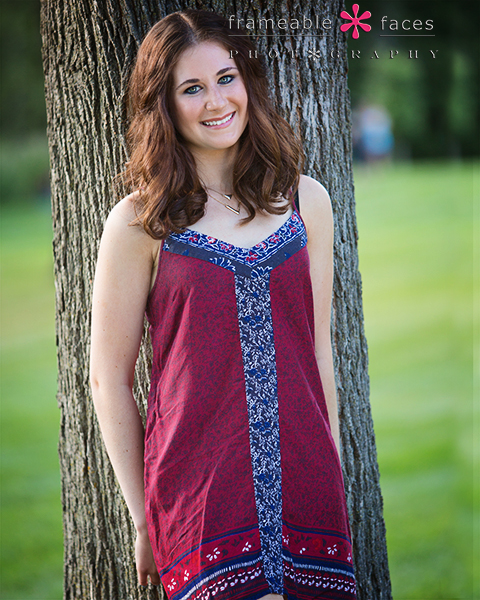 The next photo comes from a series of Rachel with “Rachel’s chair” and it’s on pointe in more ways than one.  Another one of the P’s! 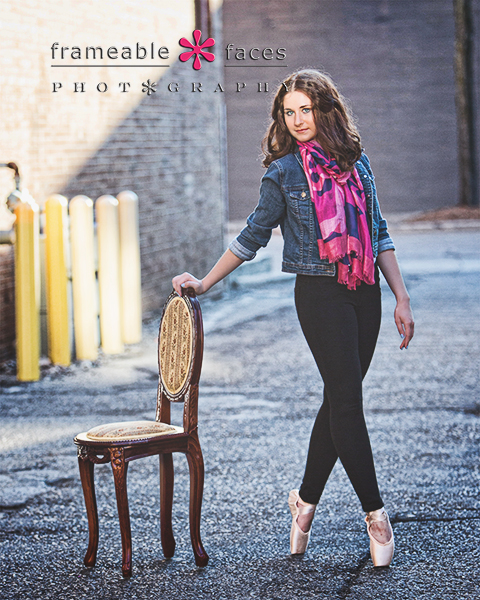 This is Rachel’s wall – we didn’t know it existed – she found it ahead of her session and led us there.  It’s covered in vines so there are your plants! 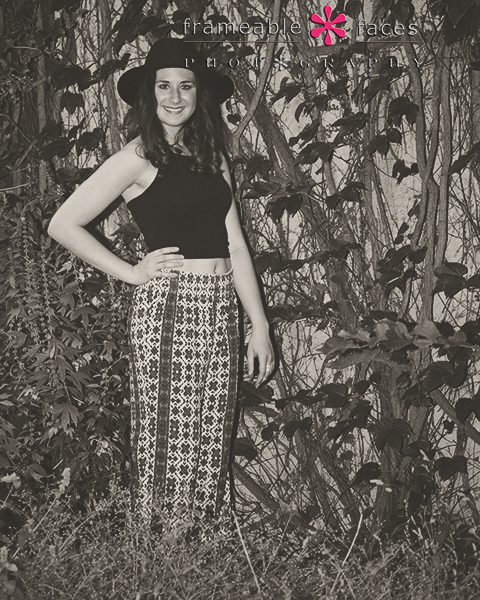 So there you have it – the fourth “P” is perfection which describes the whole day!  We had an awesome time photographing Rachel again and we hope you enjoyed the highlights of her session!