Photographic greatness with Garrett was the deal on this perfect sunny fall day.  This senior knows how to pose, how to dress and how to have a good time, and the results are just awesome.  We’ve known Garrett for a couple years ever since he ended up hanging out with us at our Team Frameable Faces tent at the West Bloomfield Relay For Life a couple years ago.  We have been talking a lot over the last several posts about the exploring we have done on quite a few sessions lately, and Garrett led us to an “unauthorized” trail in the park to a stream deep in the woods that we didn’t know existed.  So cool!

We’ll get to that spot in a minute, but first let’s start like we did with Garrett – in the studio for a formal shot against our metallic silver background.  This one turned out really really cool – like right out of a magazine… 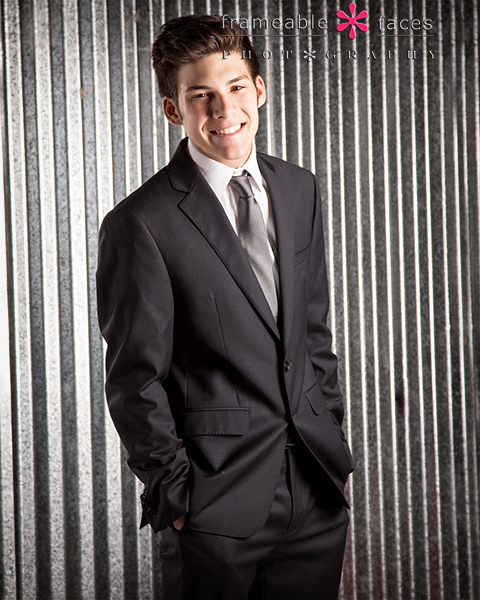 Now we’ll turn our attention to our location photos!  As with many of the recent seniors the fall colors were in full effect for Garrett and we’ll have more sessions to show you yet with the colors going forward.  Take a look at this one…! 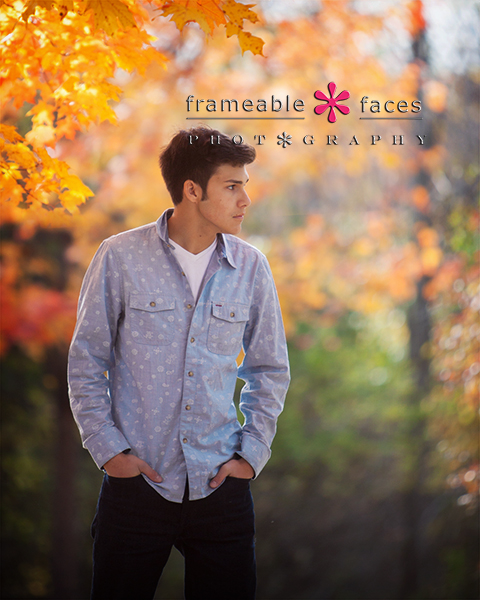 Fantastic.  Let’s take a quick look at our fun behind the scenes vine of the day, including Ally commanding Garrett to “be mean”, as well as Garrett sitting on a log over the hidden stream – he walked across on that log which made both Ally and I pretty darn nervous…!

Scowling AND smiling with @Garrettwolf97 lol! What a great day! https://t.co/jyx3CGOBHI

This next photo just seemed to scream black and white so here it is… Very dramatic looking of Garrett here. 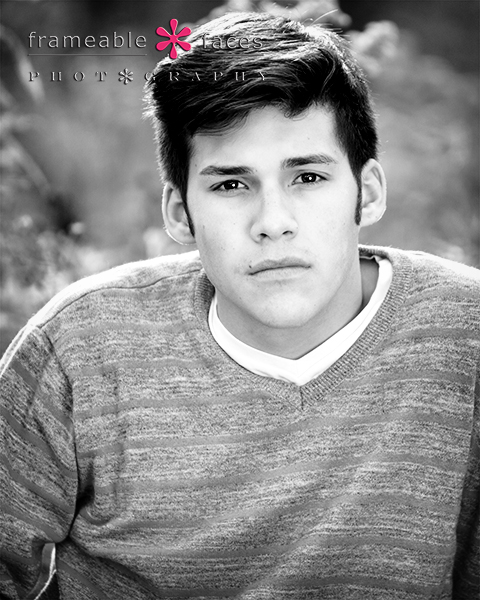 Last but not least Ally loves this next one because she loves when guys wear pink! 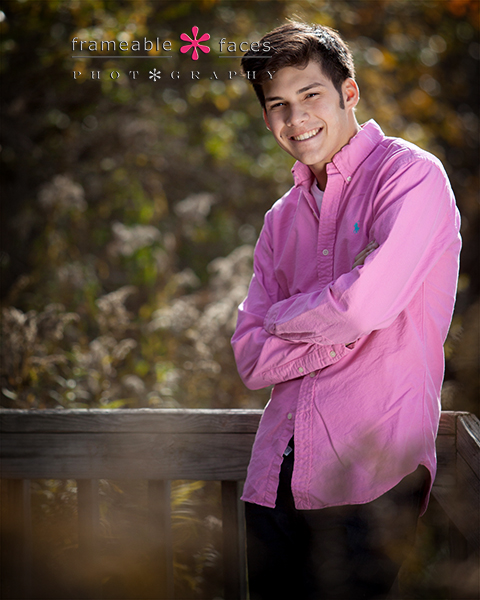 So there it is – this was a top notch session – photographic greatness with Garrett indeed. We hope you enjoyed these photos from our day with him!