We had a nice day with Nicole, naturally!  I say that for several reasons…  For starters she’s a North Farmington Raider so as Raiders ourselves we always know that’s a natural fit and that we’ll click.  Secondly she’s just a sweet easy going girl and naturally comfortable to be around.  Third she looked naturally pretty for her session, and fourth she pioneered a new spot we hadn’t seen before in a very pretty natural setting – so yeah, it was a nice day with Nicole – naturally!

This was yet another day where we moved up our start time to account for a stormy forecast and we lucked out again with more great weather!  But first we started in the studio where we used the black background first… 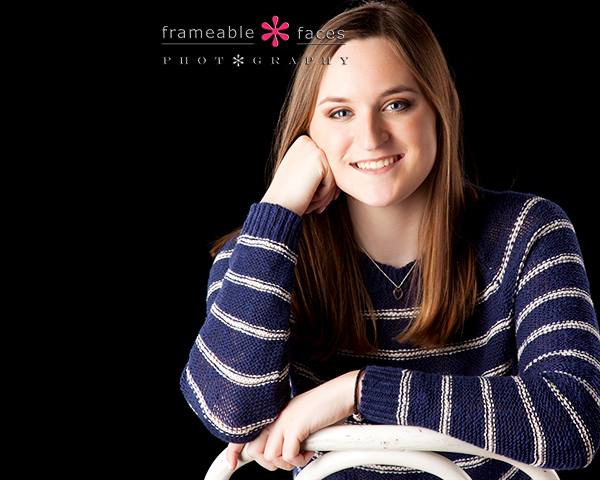 Then we went to a set up that we’ve really liked over the years which is our red victorian style couch against the gold backdrop (really more yellow/orange than gold but Raiders are brown and gold so work with us here). 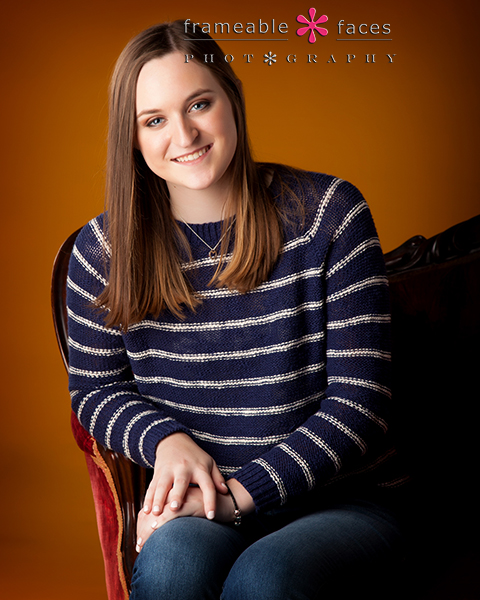 Then it was time to head out on location.  The spot we had picked out was a little rough on the eyes – Nicole’s eyes to be exact because the cloud cover at that time of day was causing some intensely bright glare and making her squint.  It’s the double edged sword of having pretty blue eyes because they are more sensitive to light.  So we moved to where we had a little more cover in the woods and came across this really nice bend in the creek encircled by a patch of black-eyed Susans which will now be known going forward as “Nicole’s spot” because she was the first and that’s how we roll here at Frameable Faces…  🙂 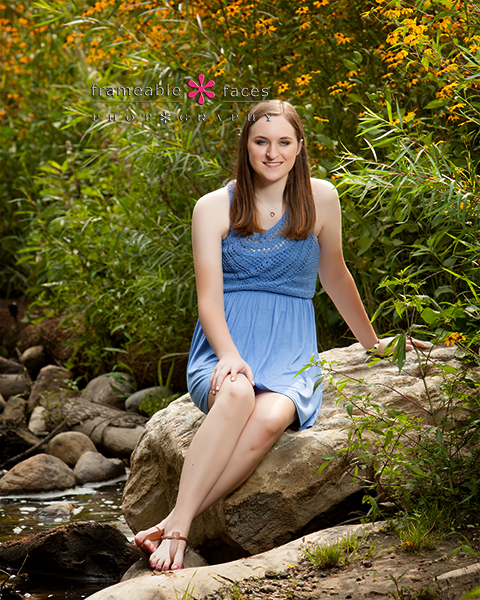 Here is our fun little behind the scenes vine of the day:

Speaking of Nicole’s eyes – we’ll leave you with this one where the blue she’s wearing really brings out her blue eyes and they look gorgeous! 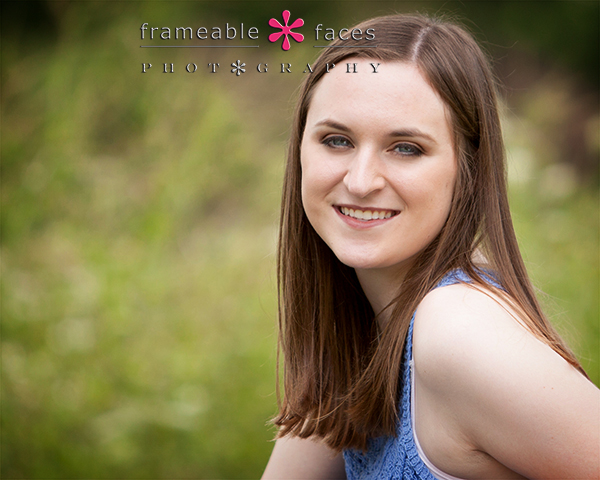 So there you have it!  The lucky streak of weather continued, and so did the streak of wonderful seniors from the class of 2015!