Just Jared, his jersey, his (letter) jacket and some fire was all we needed for this awesome session with our nephew!  Yes – our nephew!  Talk about surreal – we can remember when he was born like it was yesterday and he’s the oldest of the next generation in my family.  Of course this means our own kids won’t be that far behind.  Wow.  But we still have time to ponder that – in the meantime let’s get to Jared’s session which was photographed exclusively in the studio and it rocked. 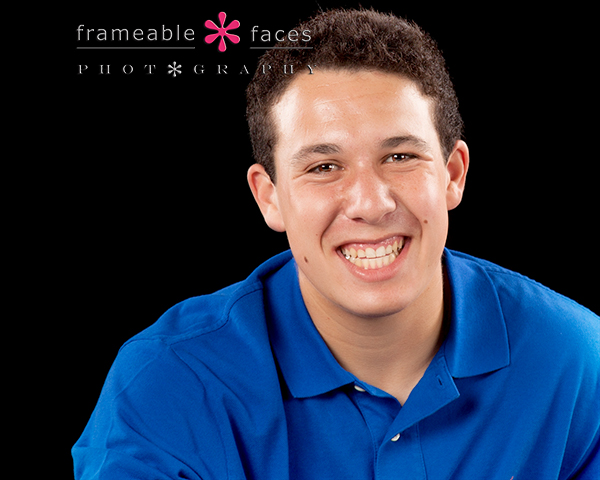 That’s a good looking kid right?  Yeah – and so what if we’re biased?  #sorrynotsorry hehe….  Ally had fun messing with him and getting him to laugh and we all had a good time.  We played around with a few different backgrounds and we really like the way this next photo looks in black and white on the white background. 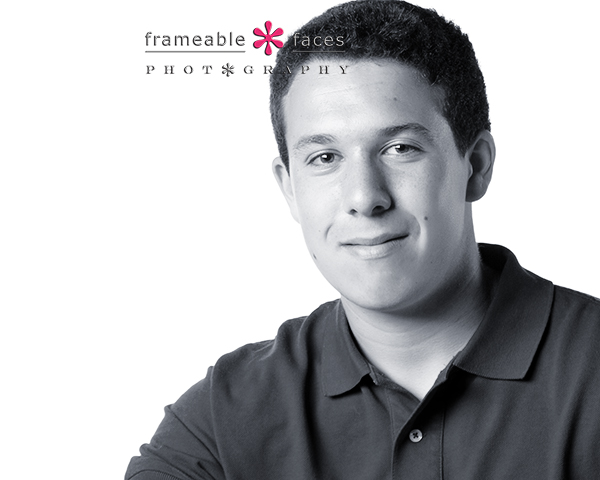 There is a strong sports tradition in my family and Jared is one of a couple of the next generation specifically carrying on the football part of that tradition, so next it was time to break out the jerseys and letter jacket and as we often like to do – FIRE!

Here is a fun behind the scenes vine of the action – no fake or photoshopped fire in this studio – no sir.  Only the real deal at Frameable Faces.

Here is the fiery result: 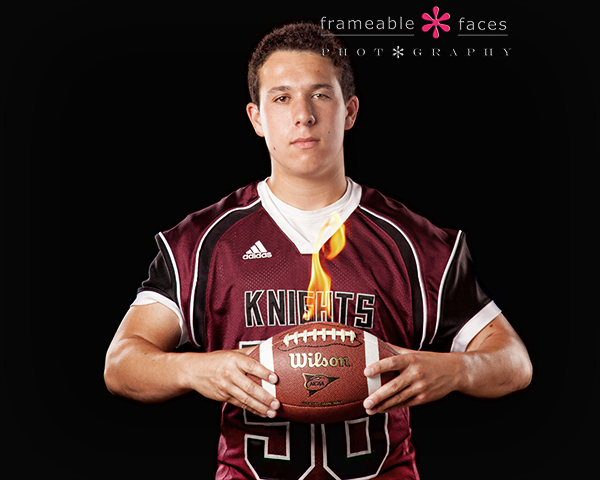 The official colors of the Walled Lake Northern Knights are maroon, silver, and black so using the black background for the jersey was perfect and we liked the idea of the letter jacket against the grey background which matches the silver pretty well.  Take a look: 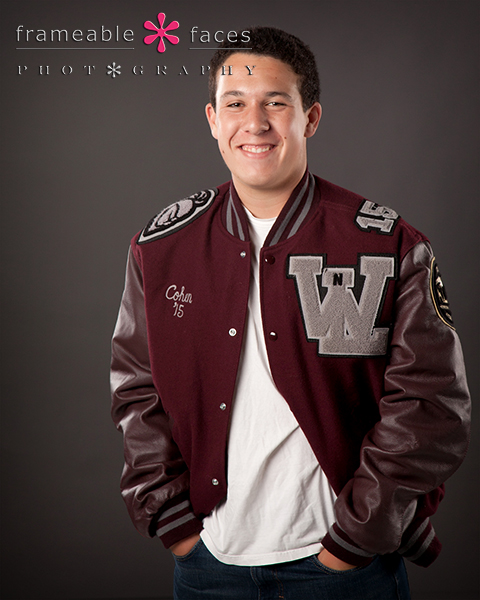 That’s a nice one to end on.  All we needed was just Jared, his jersey, his jacket, and some FIRE and the results were perfect.  We had a great time with our nephew and we hope you enjoyed these photos!