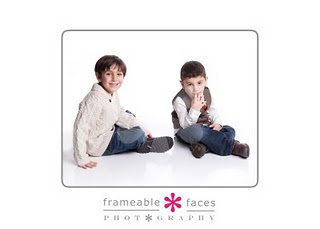 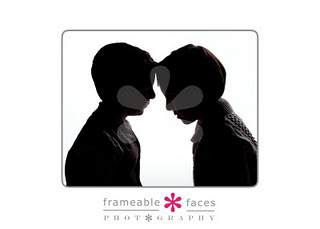 Turned into a really great one! This is N and L. When their mom came in and booked their Christmas card session, she told me that L hates to have his picture taken. So when L DID come in and started saying that he wanted to leave, I thought for sure I had my work cut out for myself! Especially when he started telling me that I couldn’t talk to him or play with his trucks, etc. I was thinking “Uh oh! I may have met my match!”

BUT-things quickly turned around when I put on my “Ally” charm. I had L smiling and laughing with his big brother.

We did a bunch of silhouettes at the beginning of the session just like their mom wanted (which I loved!!), and then we decided to take a little break so they could head down to Toys3 for a treat for being so good. N was all about making sure we were finished up by 6 so he could get his toys, so we made good on the promise.

Shortly after 6, I heard screaming and crying. Yep! As luck would have it, L really wanted an airplane and couldn’t get one at that time. He was all out of sorts and was NOT a happy camper. We even had a super nice man stop by and offer to make him an airplane! This guy was a seriously great paper-airplane-maker! Is this what it means when they say “it takes a village to raise a child?” So N was appeased for a few minutes and we ended up having to negotiate with him for a bit more. Finally, I had a great idea!

Seeing as it was the night before Thanksgiving and most of the stores were closed, I had the boys yell “BOO!” at me. When they did, I screamed! They thought that this was the funniest thing ever and that was it! I got both boys in flat out HUGE smiles.

By the end of the session N and L didn’t want to leave the studio. We got some unbelievable images and I know that S will be one happy mama! I even got a bunch of hugs from the boys on the way out! Did I mention how much I love my job?????