We have always tried to give back to the community wherever possible and this past weekend was one to remember with TWO different nonprofits we are involved with that mean a lot to us.

Let’s start with mental health in general and the amazing organization Words Of Hope 4 Life!  We have lost too many people we know – young people in particular who have taken their own lives over the last few years including people we have photographed like Noah Cutler,  Zach Raider,  and Anya Middle.  All three were delightful, vibrant people.

We decided we had to get involved – to try to make some kind of difference.  To help end any remaining stigma that exists around mental health in any form and make sure young people are loved and supported.  The pandemic in particular took a toll on everyone and resources are needed to help people who are struggling.  With that in mind we have gotten involved with Words Of Hope 4 Life and we sponsored Zoofest this past weekend at the Detroit Zoo which included the Wild Walk 4 Mental Health.  We were at the Frameable Faces Selfie Station and we also took photos of the event.  It was a big success!  A perfect, sunny room temperature day and the event was well attended!

Here’s a livestream we did on Facebook that will give you a little idea and just remember our amazing event photographer Angela gets the urge to dance anytime we put her on camera:

Here are a few more images from Zoofest – you can see all the photos Angela took at this link: 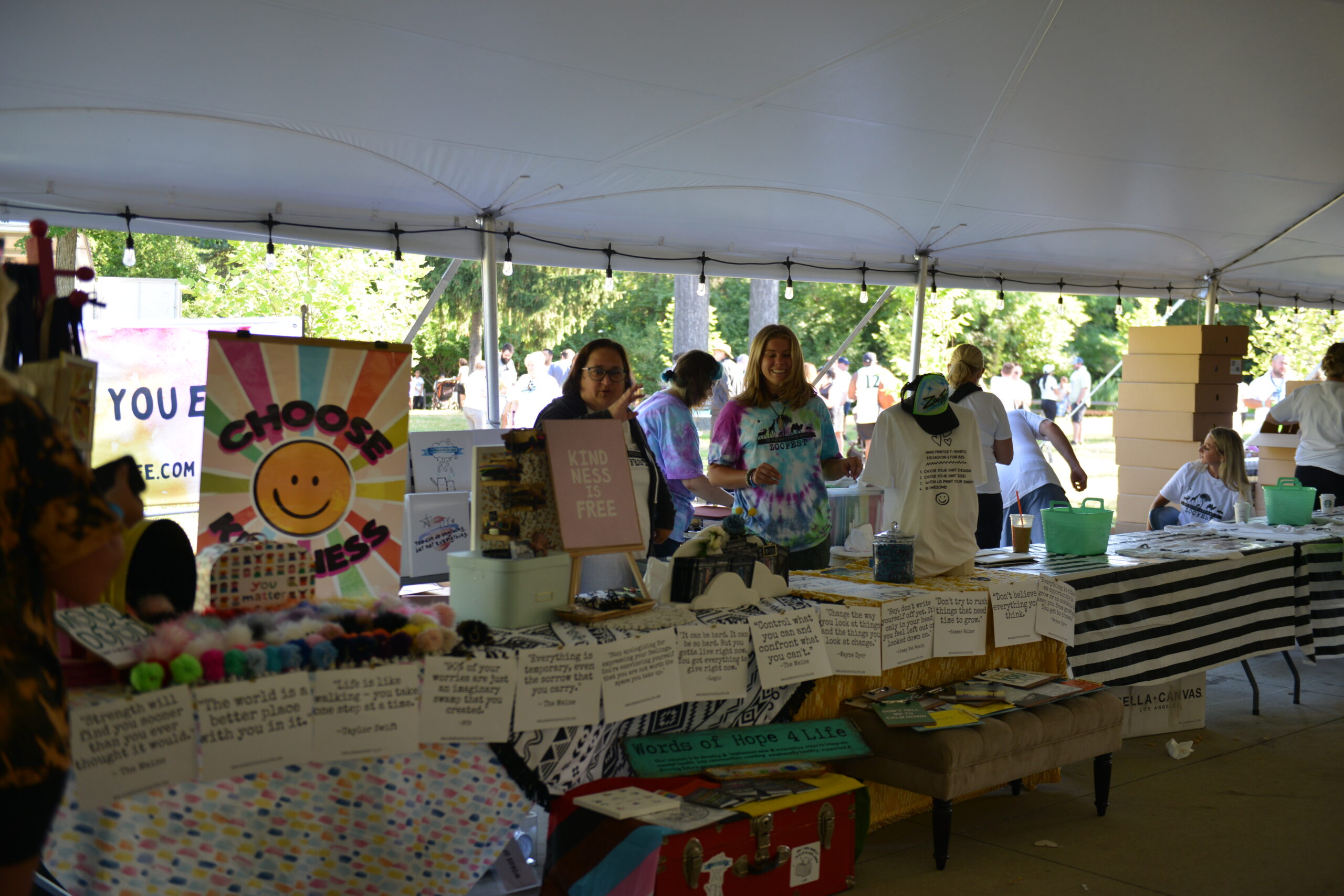 Tons of activities, food and vendors under the tent! 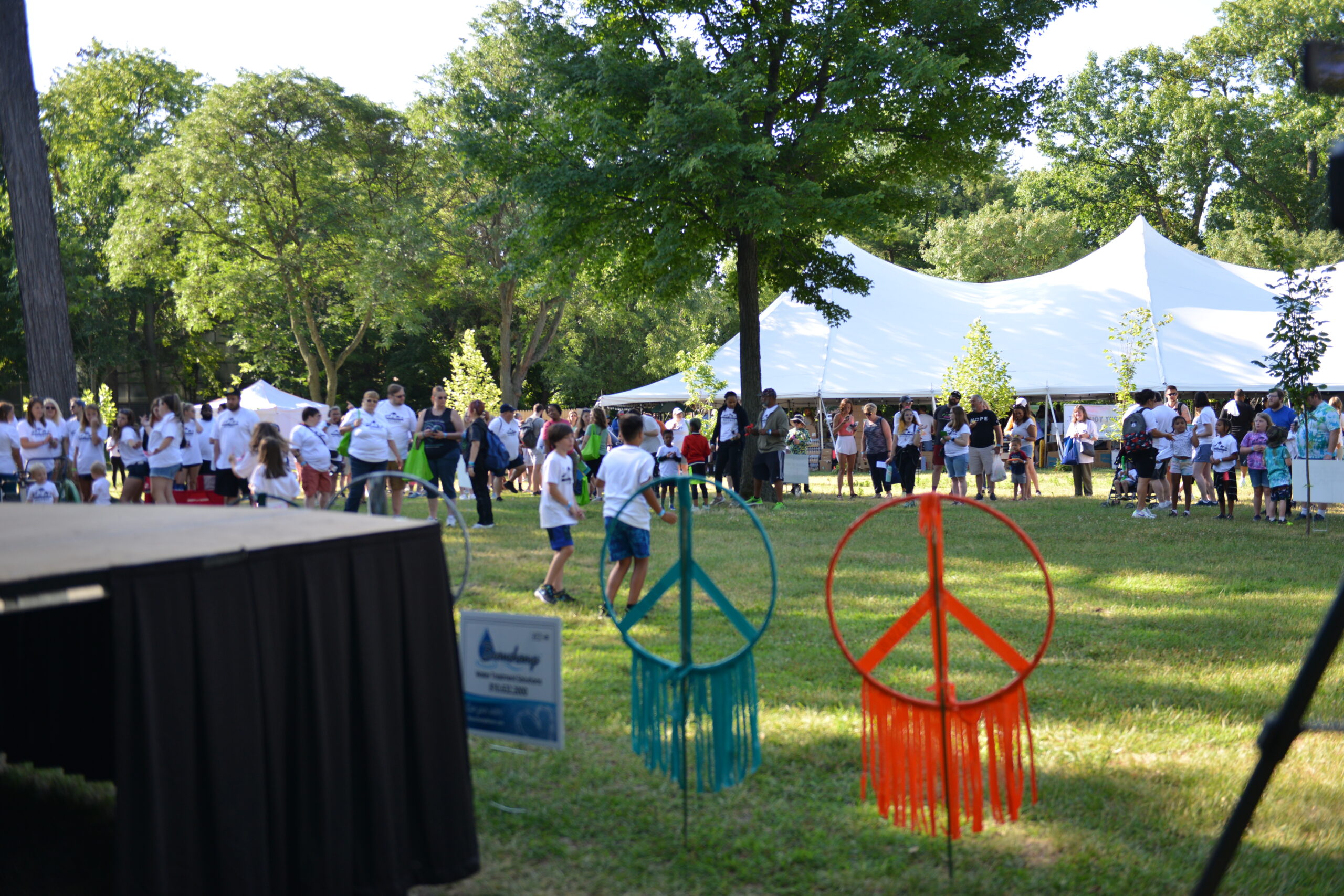 A great turnout and fun for all! 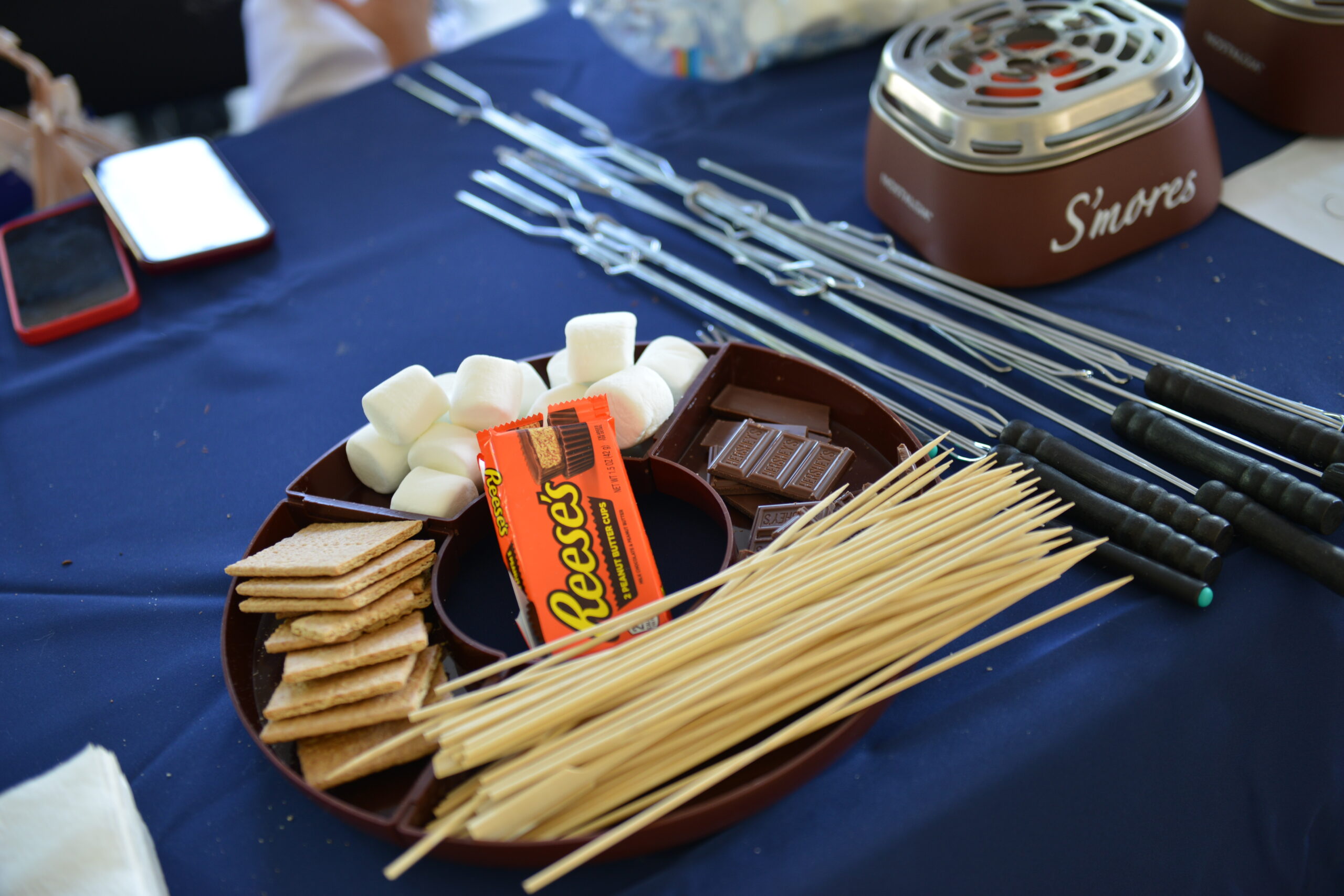 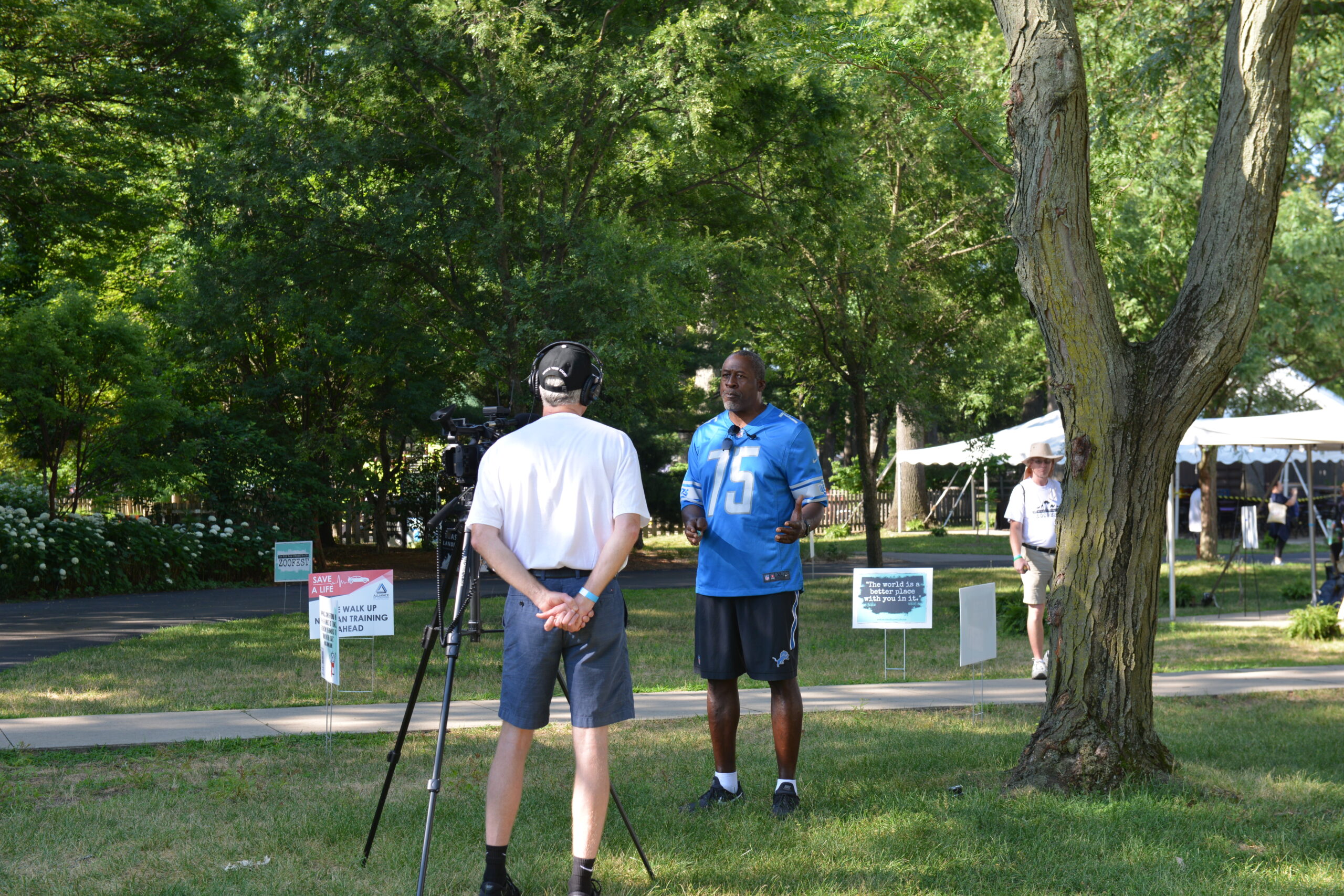 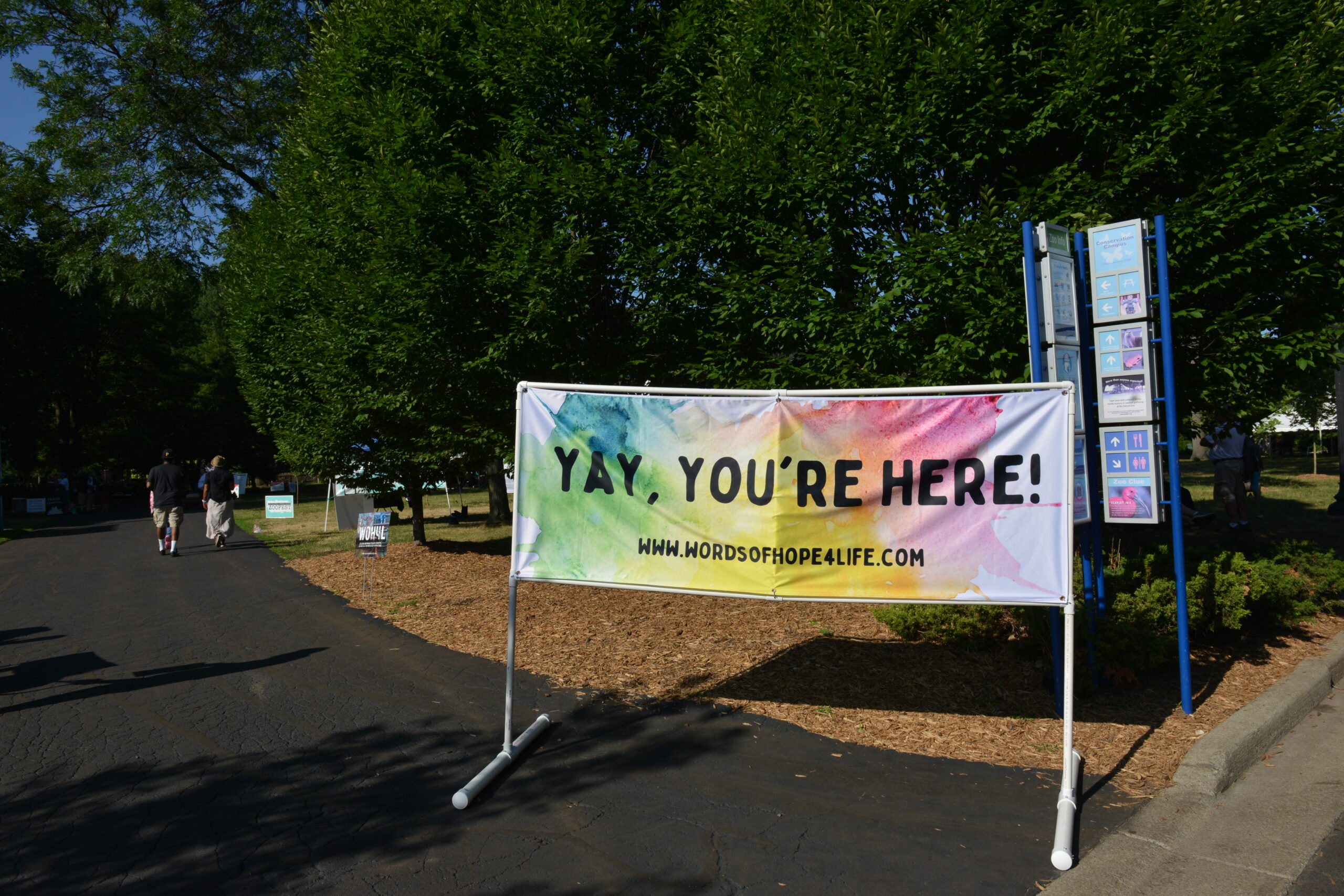 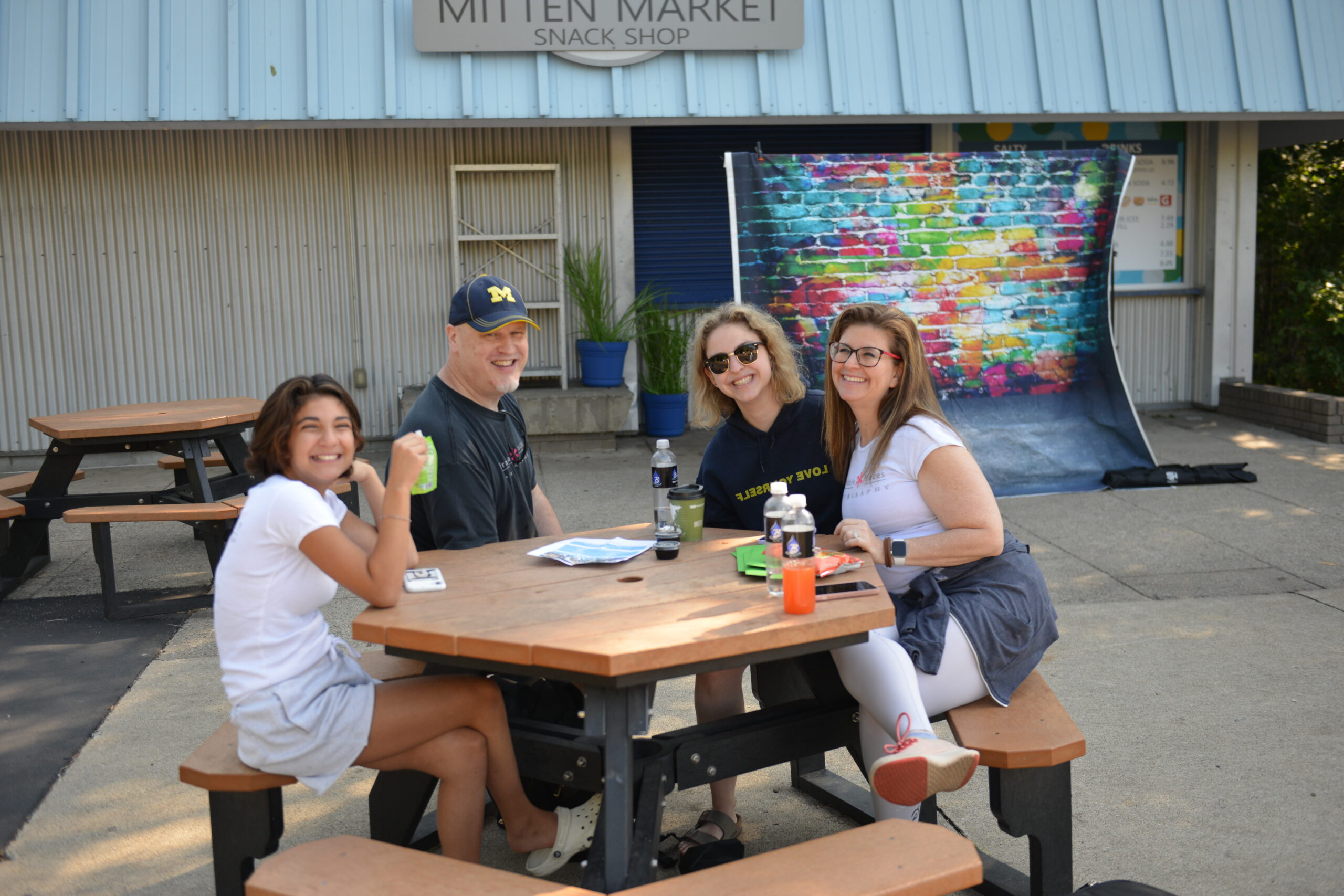 Here we are at the selfie station!

For Those Who Stayed

So you may know that Doug played football at the University of Michigan.  He was an outside linebacker on the 1988-89 teams that won back-to-back Big Ten Championships and went to back-to-back Rose Bowls before a knee injury sidelined him, and he continued to work with the staff before graduating in 1992.  It was an amazing experience.

The thing is, playing football at that level is like going through a meat grinder.  It’s HARD.  And for many players the rollercoaster of emotion and the physical brutality of the game isn’t easy to handle.  Some guys come from challenging backgrounds, suddenly find themselves famous at 18, 19 or 20 with massive expectations, and then after a few short years it ends.  In some cases it ends abruptly due to injury, or they don’t make it in the NFL, or they make it briefly in the NFL but aren’t prepared for the comedown of it being over when it ends.  Not everyone has the storybook ending of a long successful football career with lots of money and/or their health intact, and the effects of CTE in particular can be devastating.  Depression, disability, poverty, and yes suicide – these things do happen to the fraternity of brothers who wore the maize and blue.  For Those Who Stayed was created to help and provide resources for those who gave so many thrills to the hundreds of thousands who fill Michigan Stadium on Fall Saturdays in Ann Arbor, and Doug is on the board of directors.

We headed from Zoofest on Sunday to Grand Rapids for the Sunday night reception dinner and the 2nd Annual FTWS Golf Outing at Thousand Oaks Golf Club on Monday, and what a great event it was!  We sponsored a hole and Ally took photos of the foursomes.

Here are a couple of livestreams, and if you’re a fan of Michigan football you’ll recognize a few of these folks…

First from Sunday night – Mike Smith was presented with two beautiful framed photos of his only touchdown for Michigan that he scored in 1977 vs. Northwestern and he was pretty moved.

And here’s one more when Doug’s foursome with Barry Kelley,  Mike Tilmann & Dorian Taylor arrived at the Frameable Faces hole! 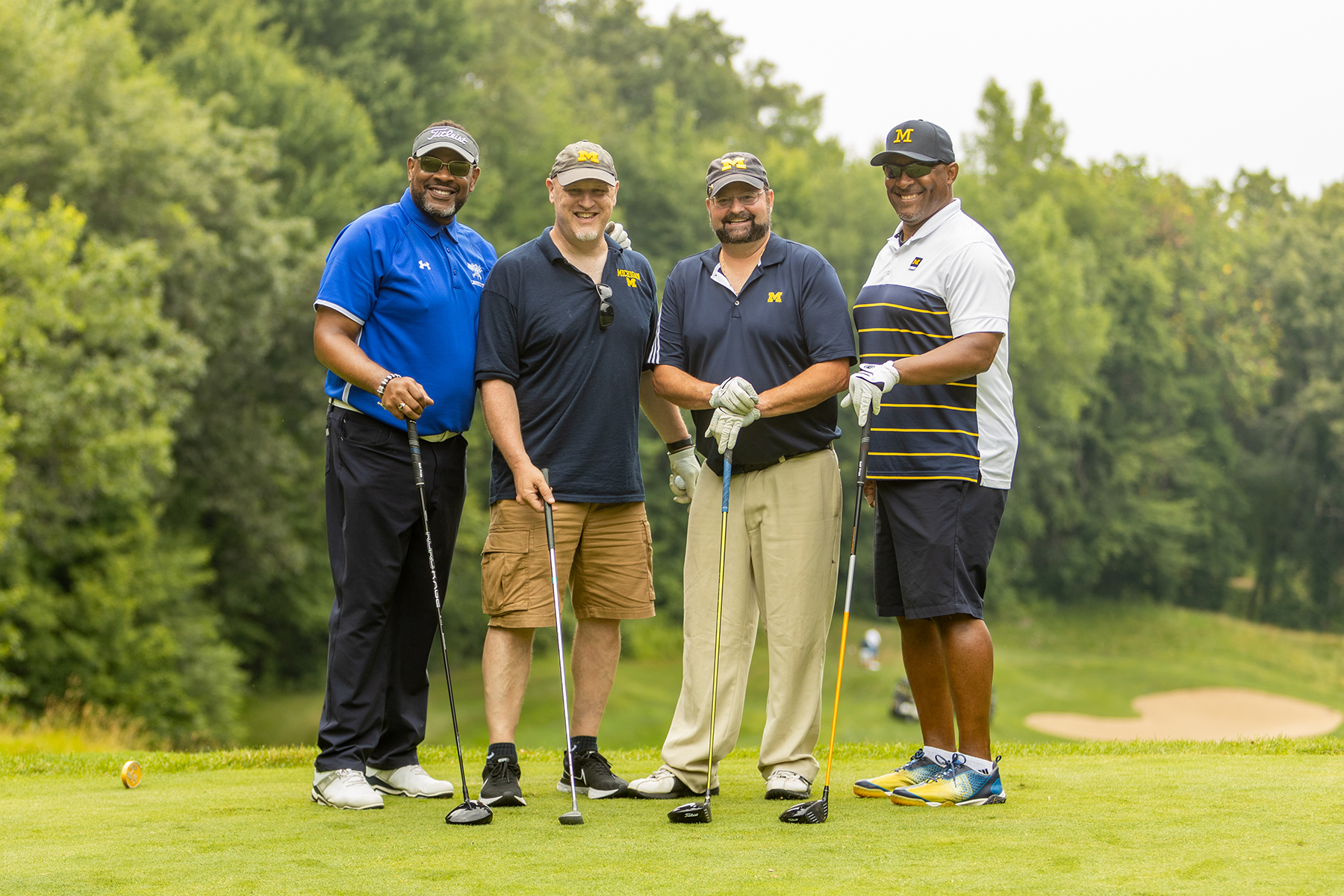 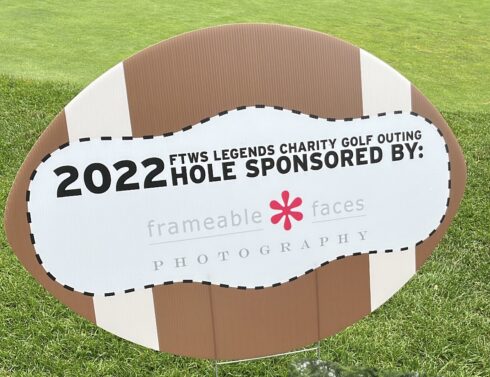 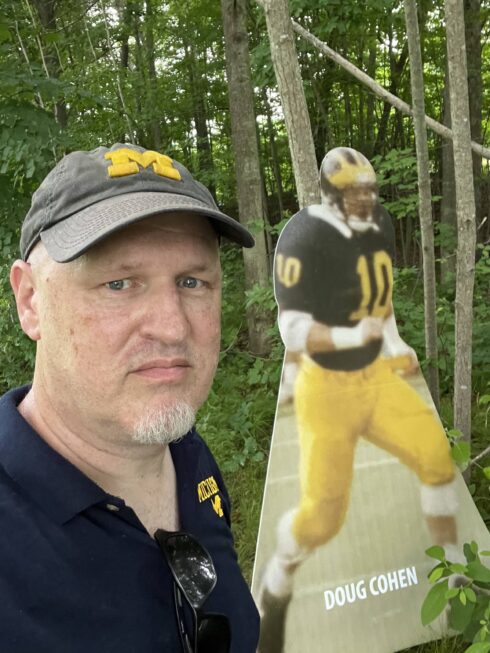 Fatheads of all the participating players were stationed all along the golf course! 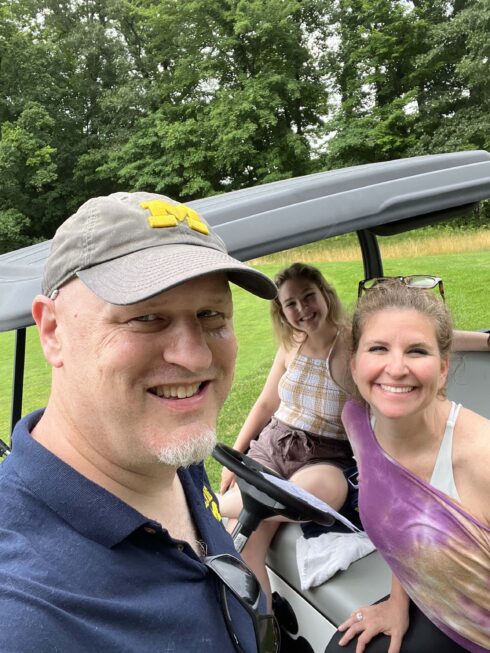 Our crew – missing Tony who was leading a Western Trip with Camp Tamarack! 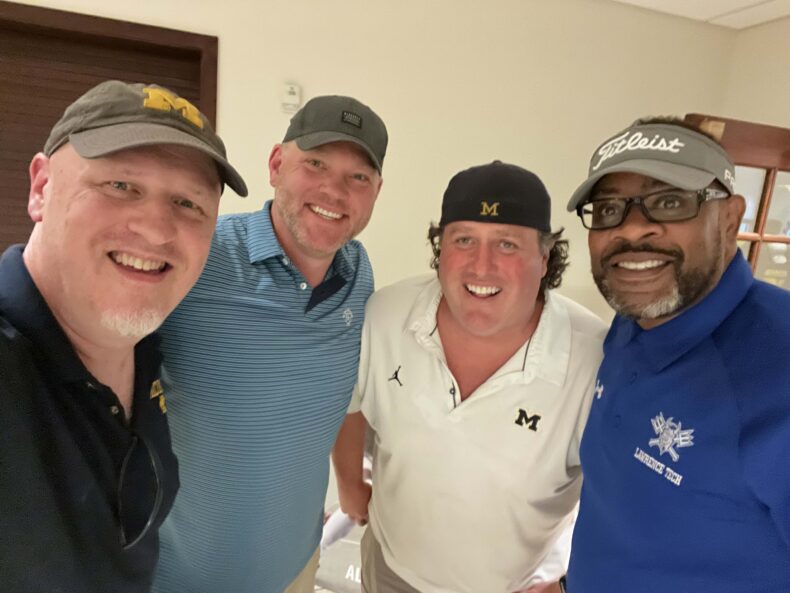 Overall a fantastic and rewarding weekend and we look forward to more!  You can get involved in either of these organizations at any time and Viewfest is coming up on September 17th with Words Of Hope 4 Life in Walled Lake!

We hope you enjoyed the recap of our weekend and we urge you to get involved – make a difference!