Sara slayed.  Yes she did.  That’s a good thing for those of you who aren’t down with the lingo.  Think of it as Sara being a warrior – an underdog warrior going up against a big and deadly snow dragon (session), slaying it and emerging victorious with all of her beauty intact!  That’s what happened.  Just like that.  That’s not to say there weren’t a couple moments of chilly adversity and windy cold to conquer – there were.  But all metaphors aside, this girl was a lot of fun to be out in the cold with and we got some fantastic results!

Snowy sessions can be a bit of a scramble and that can be part of the fun…  You see it’s hard to schedule a snow session in advance since we don’t know when there will be snow.  It’s been especially tough this year since there has basically been no winter after two of the most brutal winters on record in 2014 and 2015.  So when I happened to notice that some snow was in the forecast I called Sara and her mom to see if Sara could be ready in, like… a day!  No problem was the answer!  So we started on location – which is where we’ll start here: 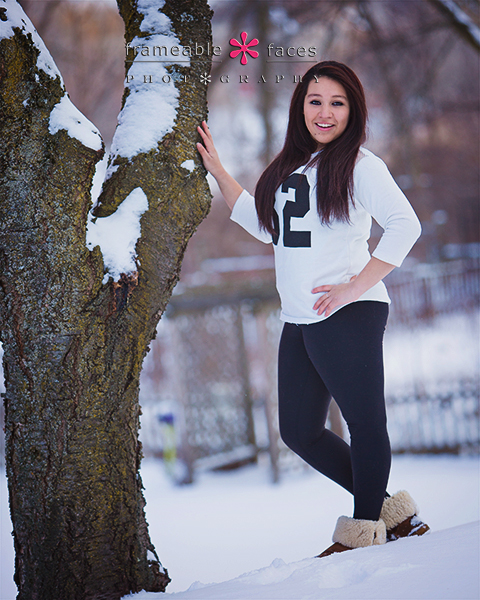 Love it.  She is really a beauty (and she barely knows it)!

One more in the snow… 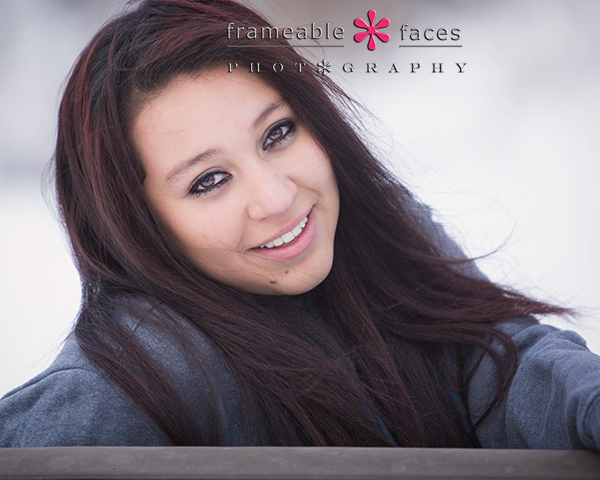 Now before we come in from the cold let’s take a look at our fun behind the scenes action from our day.  First with our 6 second vine for your looping enjoyment – you may even notice that Sara was just a tad chilly out there – hehe:

Winter senior sessions get chilly but they're so worth it! @debonosara was a rockstar!⭐️❄️ https://t.co/5pjyitkn8Y

Next we have the Katch.me replays of the indoor and outdoor Periscope live broadcasts we did of the session.  If you still haven’t downloaded the 2015 app of the year you can do so and follow us at @frameablefaces here.  First the outdoor broadcast:

Now the indoor broadcast as we move to the studio:

We love these next two photos from the studio after we warmed up a little…  the first one is just so darn cute: 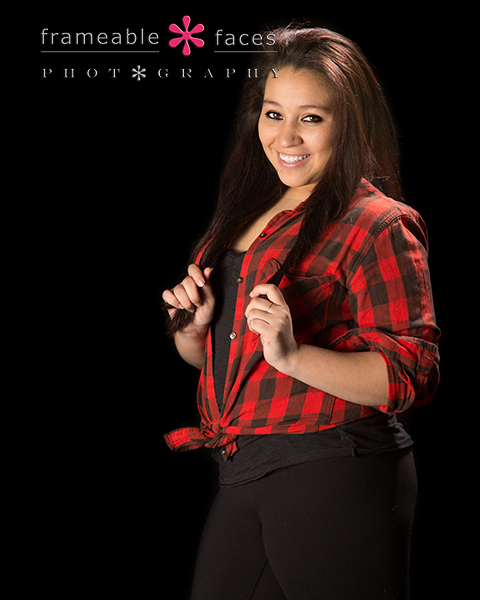 And we’ll leave you with this last one you can just see how Sara owns it with the “black and blowy” setup! 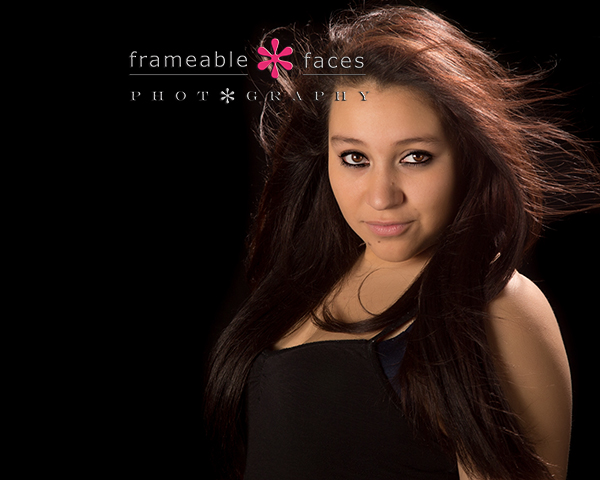 And there you have it!  You can see now that Sara slayed indeed on her senior session and we hope you enjoyed the highlights!