So much has been going on in the social media world this past week (Periscope Monetizes) or so – or at least it seems this way for us.  I’ve got a few topics to cover with a few tips and of course a couple of observations and opinions…. 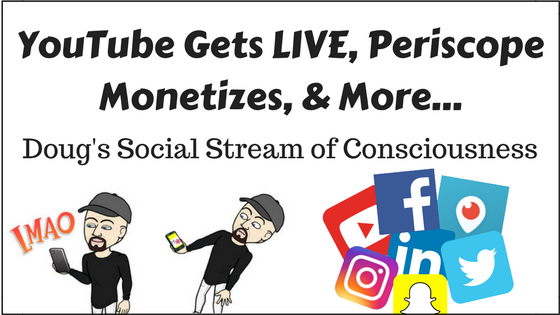 Let’s get to it, starting with the major headlines for this post…

We had heard about YouTube livestreaming for a while but weren’t sure if it would be on our radar anytime soon.  The rollout seemed somewhat shrouded in mystery as this article from techcrunch.com pointed out last month… But at this point we can tell you that it’s available to verified accounts with at least 100 subscribers, so at the urging of our wonderful Periscope friend Sonam (who loves YouTube Live) we gave it a shot with no warning or announcement…  Here’s the result: 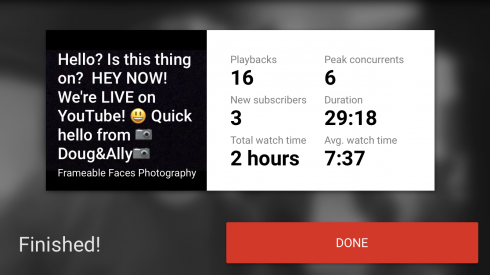 Observations from a veteran livestreamer but not a YouTube expert: 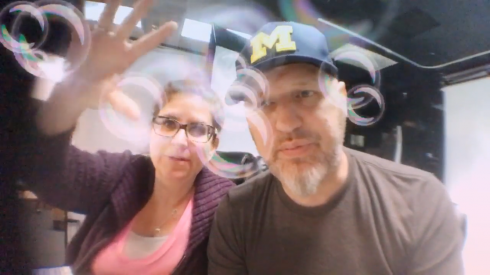 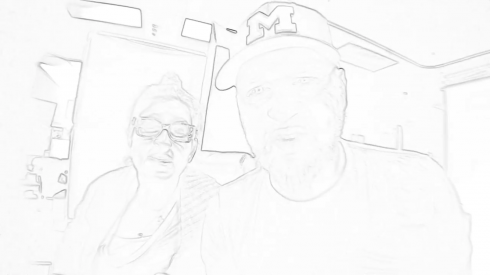 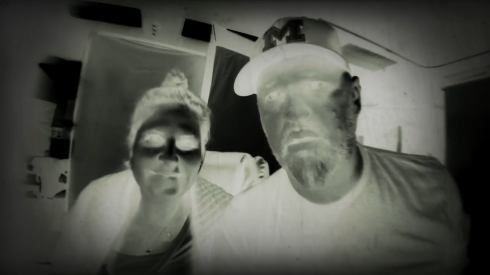 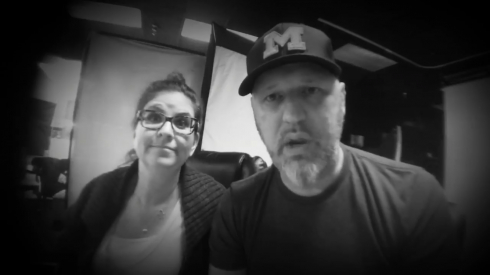 And of course…. the dance party / disco ball effect….. 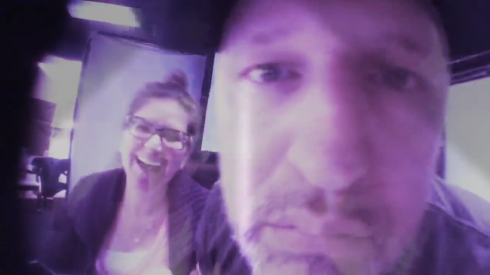 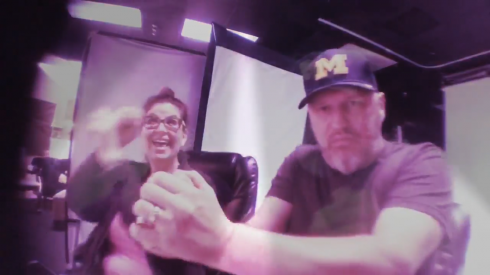 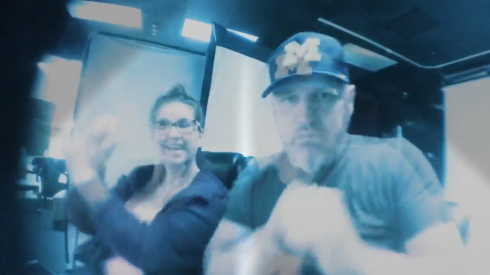 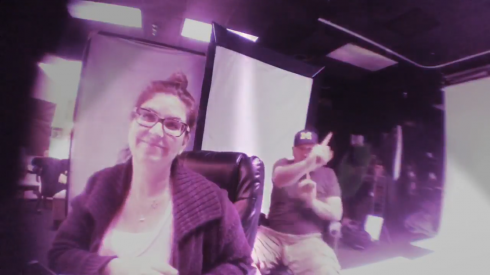 Awesome moves (if we do say so ourselves lol), lots of possibilities, wheels are turning here at Frameable Faces.

A couple more YouTube tips while we’re at it:

Make Sure That Third Box Is Unchecked!

One more thing:  Be sure once you do hit 100 subscribers that you claim a custom / vanity URL for your channel!  http://youtube.com/frameablefaces/ looks way better and consistent with our other profiles than some random gibberish.

Periscope announced an update that brings monetization to the game for scopers and for the app!  I won’t lay out ALL the details here, but suffice it to say we generally see this as a good thing overall.  Are there questions about what effect this may have on content creation on the app and whether the introduction of money will “infect” the community somehow?  Yeah I suppose.  But this just came out two days ago and you can now purchase coins to use to give three levels of “super hearts” to a broadcaster during a livestream there.  We’ve already jumped in giving and receiving.  Here’s a screen shot from our broadcast yesterday: 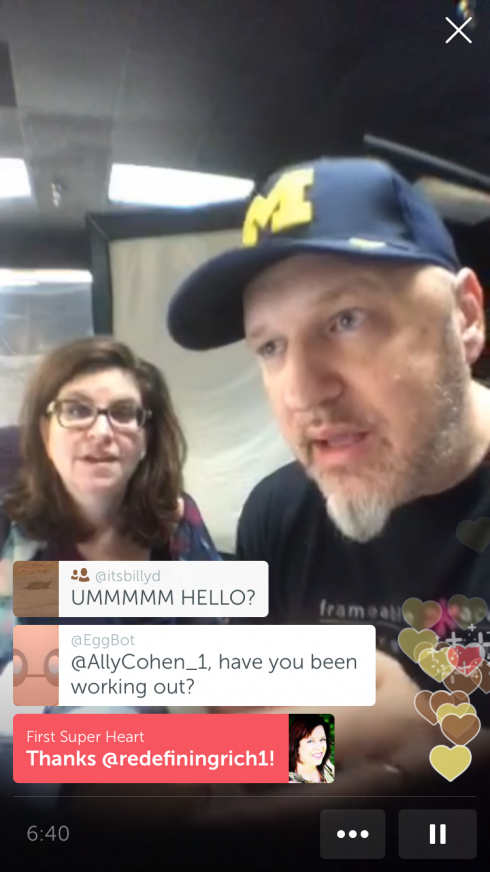 You can see the message from Periscope that our friend @redefiningrich1 whom we call “Suzi Q” gave us a “super heart” and you can actually see that the super heart is extra sparkly to the right.  As a side note – the compliment to Ally on the screen is a funny auto response from the “Eggbot” from eggdrp.com.  There are three levels of super hearts – they increase in value and animation effect on the screen.  They then are tallied as “stars” and once you receive 185,000 total super hearts / stars you can apply with Periscope to be a super scoper of sorts and get payouts on the hearts monetarily.  I know, it’s a little confusing but it does make sense after a bit.

Another platform I’ve spent more time on in the last year or so than ever before is LinkedIn.  I’m no expert there either but one thing I’m noticing is that posts there can have an extended life that I don’t see on some of the others.  I’m finding that a good random post continues to get discovered for weeks on LinkedIn if it’s getting likes.  I posted a good one two weeks ago that has been getting steady likes and views and it even seems to be picking up pace.  That doesn’t happen on Facebook or Twitter.  At least not without shares or retweets.  I suppose it happens on Twitter on a popular tweet with a relevant hashtag and enough activity (maybe even on Instagram to a lesser degree with hashtags).  But I think the difference here is that the post seems to be getting discovered in feeds without any hashtags.  The activity and the views seem to be keeping it afloat so to speak.  I don’t know a ton about LinkedIn algorithms but I think this example is noteworthy.  Same thing when you write an article on LinkedIn – I’ve had articles picked up by LinkedIn Pulse that get views for over a year to the point where I went in and updated them so they were still accurate because people were still reading them. 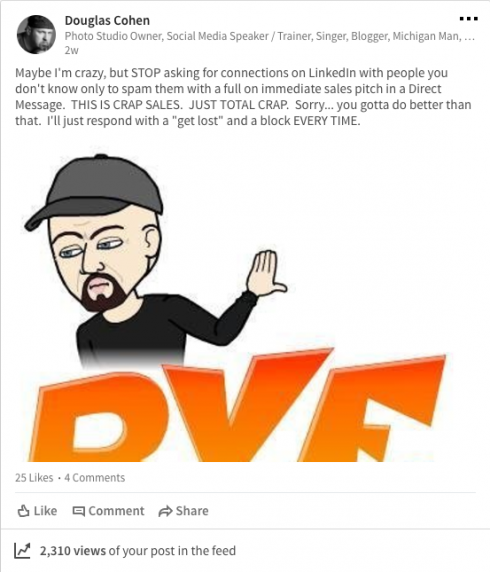 25 likes is more than I normally get and it’s been a steady rate of 1-2 per day for two weeks now, and 2310 views is a lot for me for a random post.  It clearly crossed some threshold – there haven’t been any shares and I only have 778 followers there.  Meanwhile – take the advice in the post PLEASE!  The Bitmoji I used is a full “Bye Felicia” even though it’s cutoff above.  Haha…

Here’s a little further breakdown of who is seeing the post from the analytics: 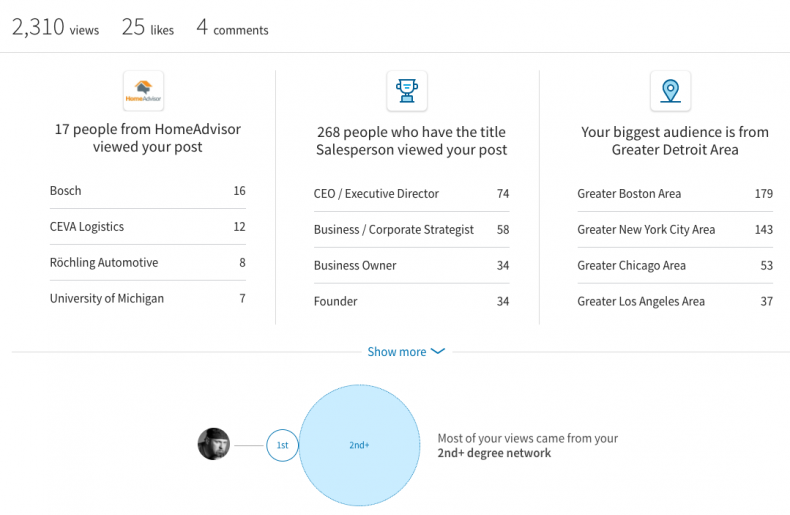 Views from all over the country – various level employees and various companies.  Pretty cool!

A Little Annoyed With Snapchat… But Geofilters Still Rock

Maybe we’re an exception in this case but as a small biz that mainly consists of Ally and me, it made sense to link my Bitmoji to our Snapchat profile.  I man the Snapchat so once in a while I could add my Bitmoji to a snap, or use it in chats with our connections and our high school seniors – it’s fun!  Even better, I could screen grab dual bitmojis of me and Ally from the chat and we’ve had a blast with those.  Take this instagram for example with Ally and I flying in huge paper airplane!  Lol… 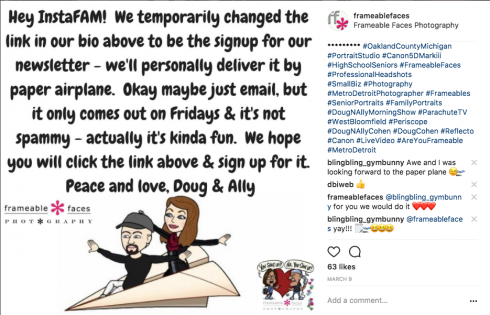 But here’s the problem and the recent decision by Snapchat which I find to be absolutely ridiculous…  They changed everyone’s profile pic in their snapcode to their default Bitmoji if it’s linked with NO OPTION to use anything else.  Like so: 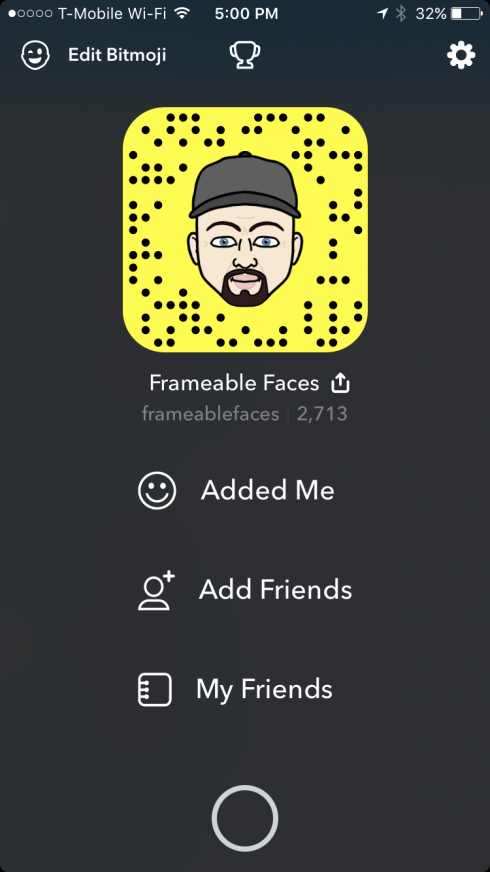 I’m not the only one who is mad about this….  nothing like taking away personalization from all of your users eh?  Doesn’t seem to be the smart move when you’re locked in a battle for survival with a hostile Instagram.

On a positive Snapchat note, geofilters still rock for small brands.  Here is one of our senior spokesmodels Lauren using one we placed at her high school on the last day of school: 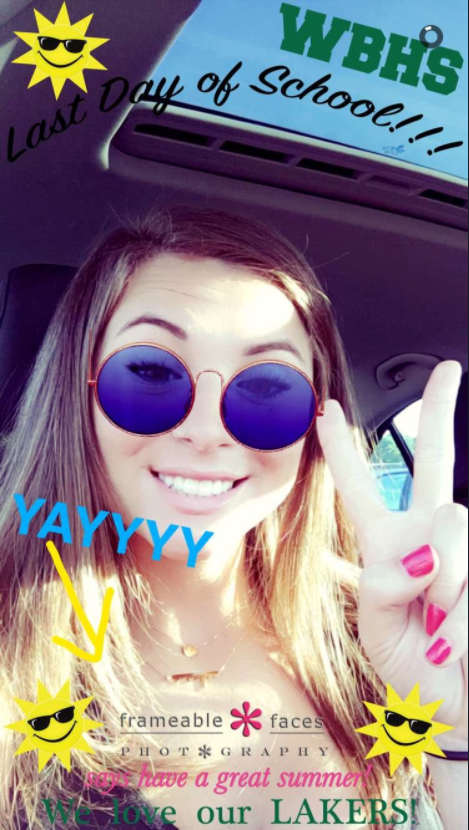 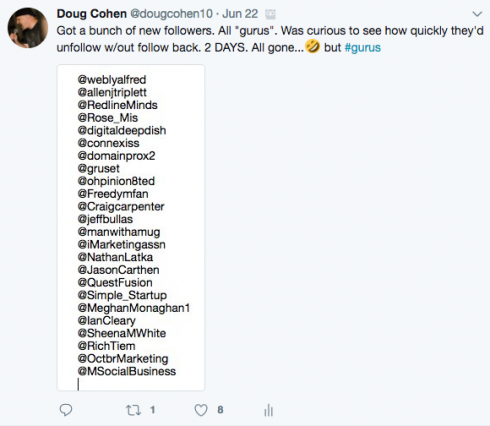 Wait!  No tips or ranting on or about Facebook in this post?  WHAT?  That’s weird….    well that’s okay I guess.

Oh wait yes – I almost forgot just a little thing I picked up that you may know already, but when you upload a native video to Facebook (which is a good idea for better presentation and reach on Facebook as opposed to a link to a YouTube video) you should consider offering captioning – like the closed captioning you see on TV.  Some people may catch a video in their FB feed without clicking on it and pulling the audio.  They can still follow a bit with the captioning which is pretty slick and easy to implement on Facebook.  Here’s a screen shot for one I added the captioning to for our client Mark Mandell, Attorney At Law (the link is to his YouTube page by the way – please subscribe if you’re interested). 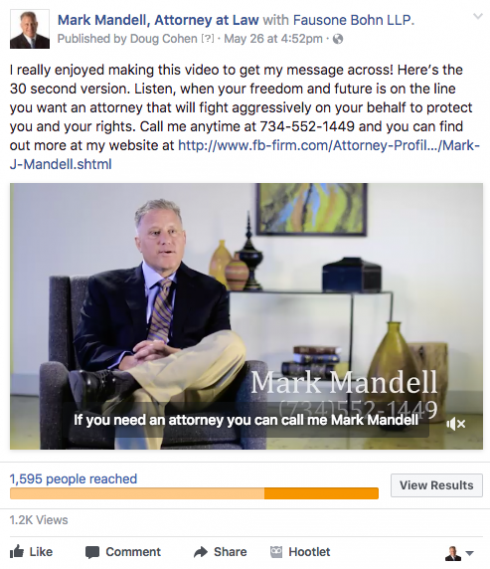 Note the text at the bottom that has been pulled right from the audio by Facebook.  It’s pretty spot on but you can edit any words that are incorrect.

You can find the option to add captions in the “edit video” menu shown below – you just click the “Generate” button under the “Captions” tab to get started:

That’s all for now.  What are your thoughts?  Do you have tips of your own?  I hope you enjoyed this – I want your feedback – please share and comment!