For those of you who are on Periscope you must know about Sock Cop.  He’s a clean sock, clean cop and he spends his days keeping the streets safe by catching the speedahs….  He shares his life, his knowledge, his wisdom and his impressions of famous people in his daily broadcast and you should download the app and check out his show at @jasonburglar here (which as he’ll tell you “don’t make no sense, it don’t make no sense”).

Meanwhile Mama Sock who did a great job raising Sock Cop unfortunately didn’t get a chance to get professional senior photos when he graduated high school so it was time to right that wrong, and in a first for our studio we actually did the session live on a broadcast during Sock Cop’s weekly show on ParachuteTV1 – the first true network on Periscope!  As we normally do we are sharing a few sneak peeks of the session here on the blog with you!

We decided that the best location for the photos would be where Sock Cop is really in his element which is in front of the Police station so let’s start with a close up: 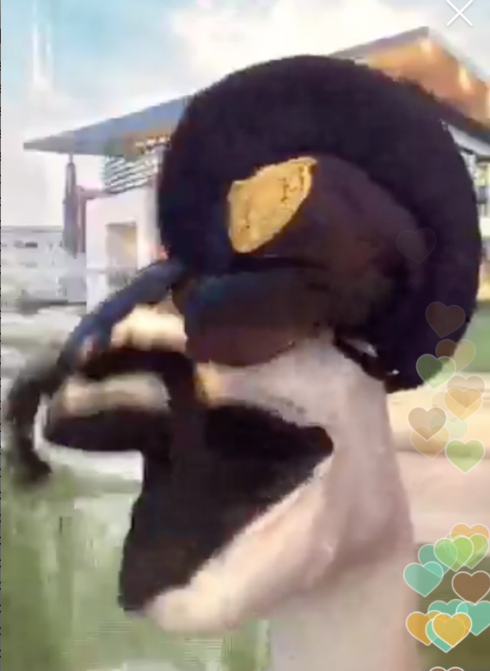 We made the decision to leave the hearts in the photo because it really tells the story of where Sock Cop is in his life now – people love Sock Cop and they typically tap the screen giving him a steady flow of hearts – it just shows how much happiness he brings to people.

Next let’s take a look at the Periscope broadcast replay of the session itself!

You can see there that he was really killing it!  As a side note for whatever reason our comments were out of order on the replay, so I left the extra bit in where you can actually see where we were helping direct the shoot.  One of the other viewers said “too small”, and that was in response to our suggestion that one of these would look good as a 20×24 canvas.

Let’s take a look now at a couple more photos from the session.  First on the sign in front of the station: 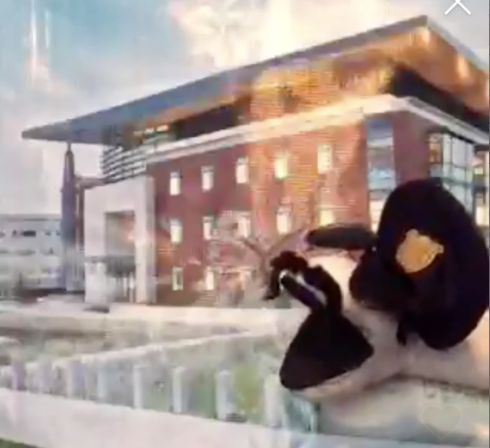 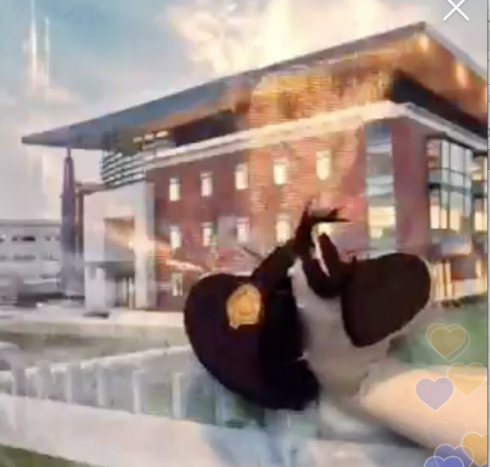 And there you have it!  We were so happy these turned out so well and we hope you enjoyed the highlights from our session!!!  Hehe…