Those of you who have walked by our studio for the last few years have seen a big canvas of the family we are featuring today, and you may have stopped and said “Hey that’s Jason Carr” or “Hey that’s Taryn Asher” or hey that’s “Jason Carr and Taryn Asher” or “Hey why do these people look familiar?”.  Haha!  It’s a really nice and unique family photo outdoors in late fall with an evergreen tree as a backdrop.  We don’t have too many photos like that, so it serves multiple purposes – a unique and fantastic photo, familiar (and frameable of course) faces to the community that make people stop and smile, and it makes us happy because they are just down to earth cool people.

So when Taryn called and said it was time to get back in for another session with their daughter Gia we got excited – we planned the session and decided on Quarton Lake in Birmingham.  What we didn’t plan on was snow!!!  I told Taryn that the forecast was making me a little nervous because there was supposed to be a snow storm coming, and I didn’t expect her to answer that she loved the idea of a snow session!  So yes indeed – it snowed – hard.  The only real significant snow we’ve had so far this year, and needless to say we now have even more unique photos (hint hint)!  We’ve photographed high school seniors in the snow but this family snow session was a first, and the results are spectacular!  Let’s take a look! 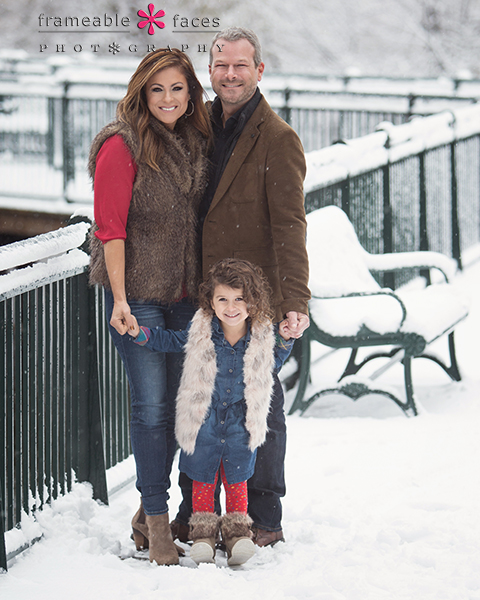 How great is that?  Meanwhile Gia is growing up so fast – she is so smart and cute! 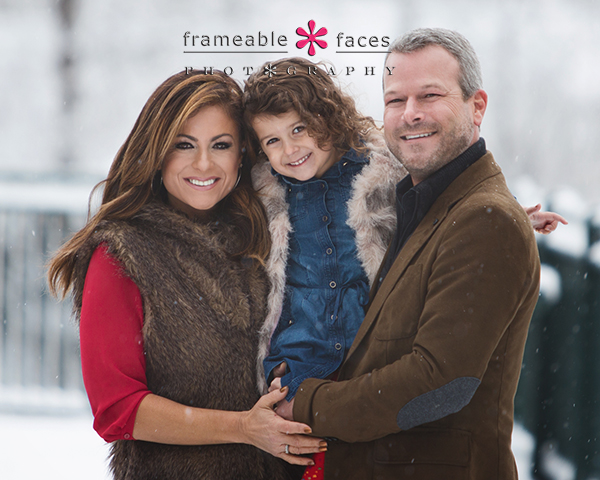 Before we look at a couple more let’s look at our fun behind the scenes video footage – first of our 6 second looping vine:

Next take a look at the extended replay of our live Periscope broadcast from the session!  If you haven’t downloaded Periscope yet you can do so and follow us at @frameablefaces at this link, and also follow both Taryn and Jason on Facebook because they live stream there and they are fun!

Okay let’s get back to a couple more photos… 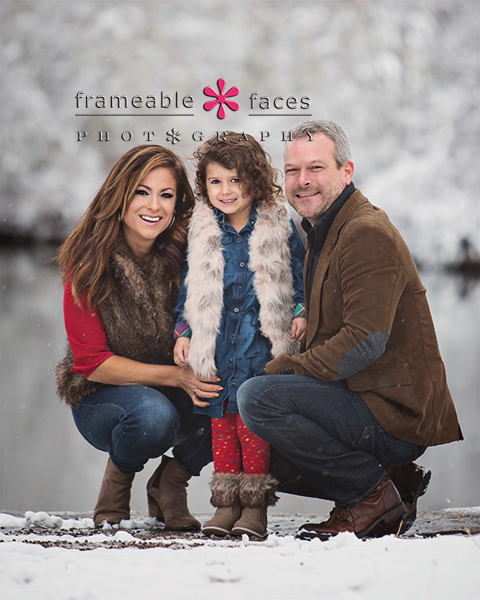 And here is one more pose with the tree that we love: 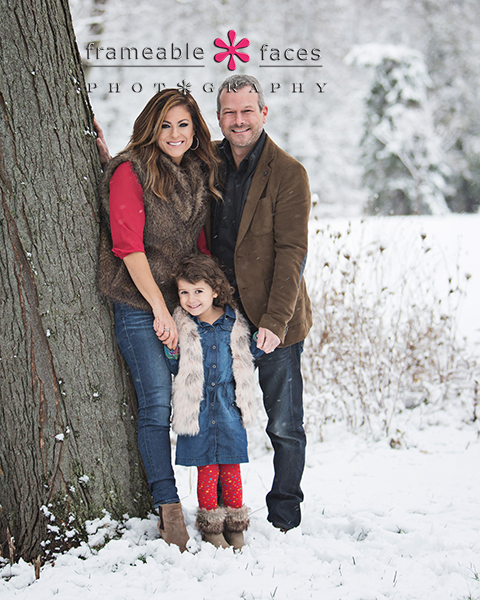 And that will do it for now!  We hope you enjoyed these highlights from our day!  Be sure to catch Jason and Taryn on Fox 2 Detroit – we aren’t just friends – we’re fans!

We met a beautiful and amazing little girl named Kloe and yes, Kloe melted our hearts!  Kloe’s parents saw the wonderful piece done on our studio by Kam Carman on Fox 2 Detroit about photographing children with special needs and called our studio.  If you have not seen that feature you can watch it here.  Kloe has physical challenges that most people do not have, but you would never know it by her sunny outlook and her pretty smile. 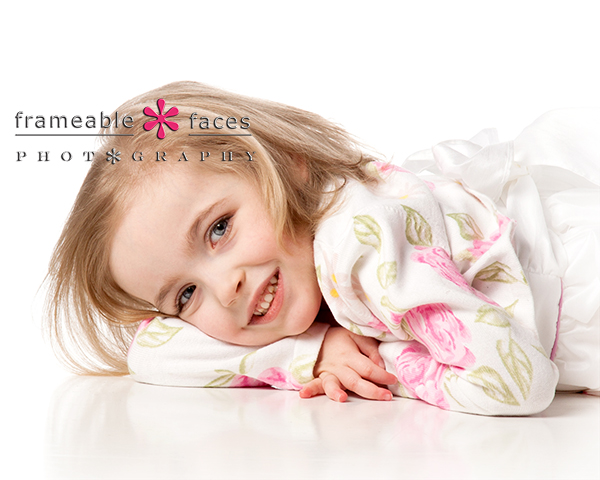 We knew Kloe was special from the moment she came in with her parents for the consultation ahead of the photo shoot, and Kloe actually prepared for this session by practicing her poses in the weeks leading up to her photo session!  We had a great time – we put on music from the movie Frozen (very popular lately in our studio as you can imagine) and she was singing along.  She knew all the words to her favorite songs – so cute!  We started out on the white background as you can see above with some shots of Kloe by herself.  Kloe’s parents both got into the act as well.  We loved watching Kloe give her parents hugs and kisses over and over and over and we love these next two photos: 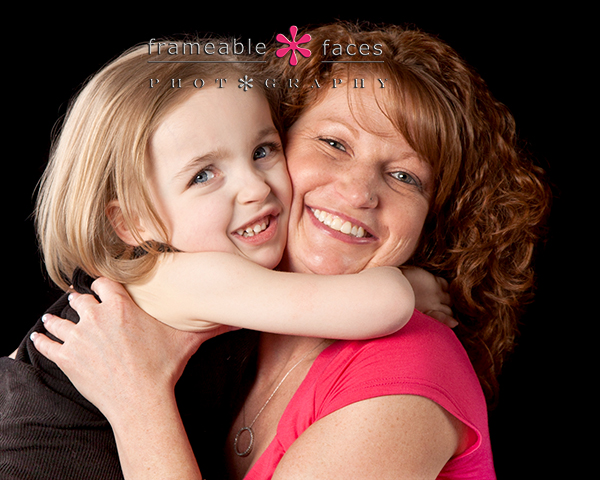 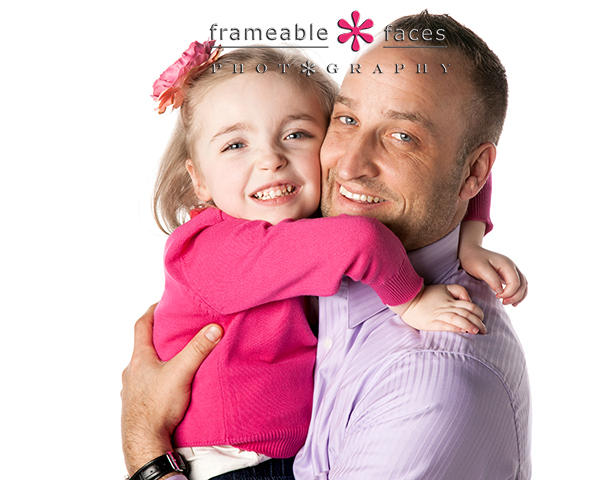 As is our usual habit here we captured a nice little behind-the-scenes vine of the action to share some of the fun:

We had fun with this little beauty and her parents this morning! ❤️❤️❤️ https://t.co/C5T5As8dV8

Now we will share with you a photo of where we bumped it up a notch – not sure we have words for this one… well maybe one word – LOVE!!! 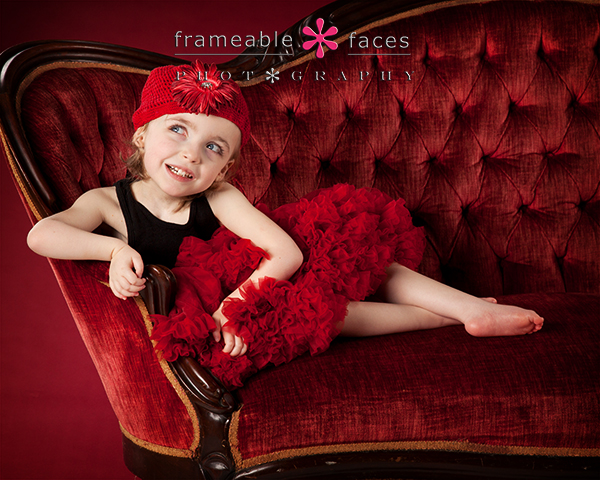 What a little rockstar!  We are so happy to know Kloe.  We look forward to more times together and watching her grow up!  Kloe melted our hearts without a doubt! 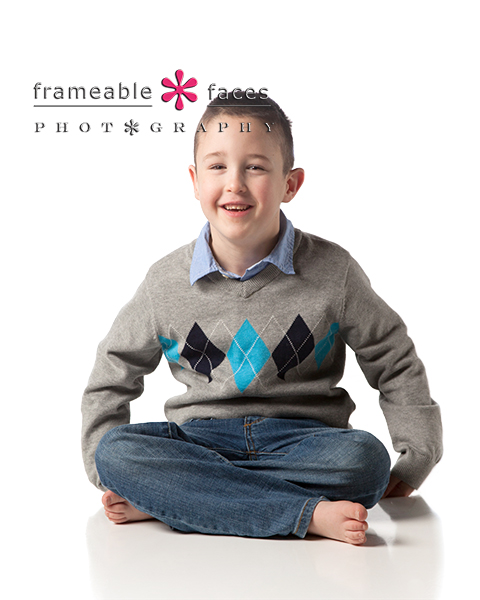 We approached this like any other session – we started with a consultation to meet Conner and his parents so we could get to know him ahead of the photo shoot and so he could get comfortable with us.  We fell in love with this kid right away.  Conner has cerebral palsy and speaks with a stutter but he certainly doesn’t let what most of us would consider challenges like those hold him back.  He’s a very engaging and fun 5 year old, and his little sister got into the act as well! 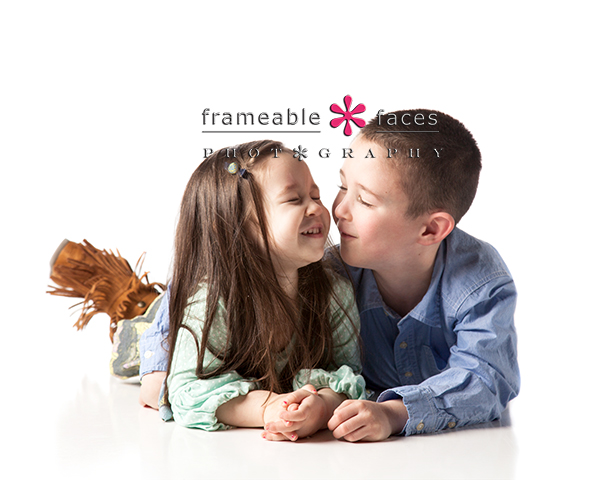 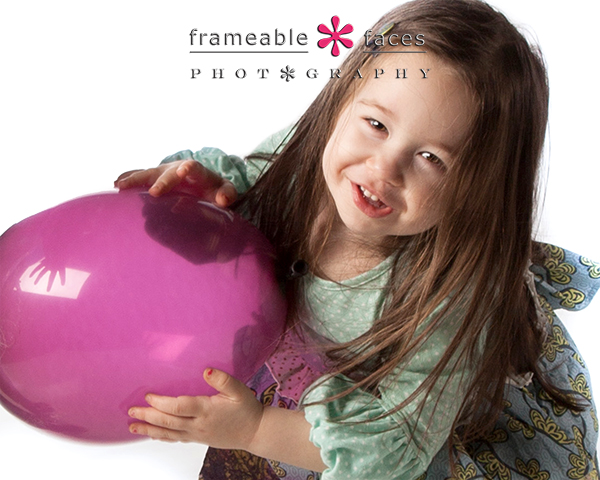 As for the day of the shoot, it was very exciting.  We had been mentioned on “Kam’s Corner” once before in a feature on the Orchard Mall so we’ve gotten to know her a little and we are big fans of “The Nine” morning show on Fox 2 Detroit.  Kam arrived with her videographer and they captured some footage of Ally photographing Conner which was really neat.  Conner was excited – he told his friends all about how he was going to be on TV and he got to leave school a little early.  When he arrived he practically knocked Ally over running to her and giving her a huge hug!  Conner had a blast and he especially loved pushing the button to flash the lights which you can see in the feature.  Then Kam interviewed Conner’s mom and Ally to wrap it up.  Click HERE to watch the feature from the broadcast!

So fun!  Here is a little behind-the-scenes vine of Ally’s interview:

Ally being interviewed by @KamCarmanFOX2! Scheduled to air 1/31 in the 10AM HOUR! https://t.co/d5xZyoDPkU

Lastly, let’s get back to Conner – here are a couple other yummy photos of this awesome dude…  Enjoy! 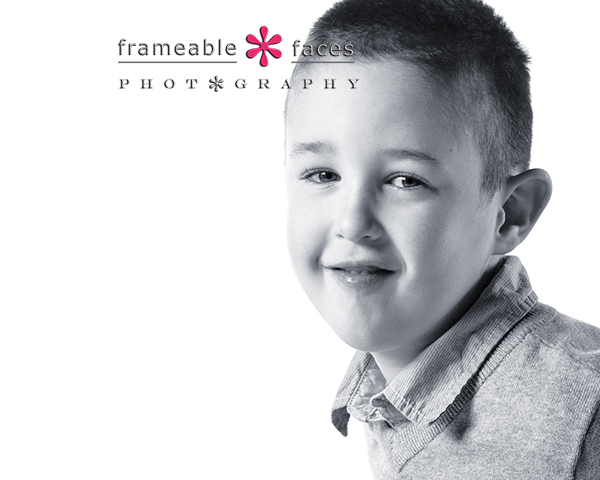 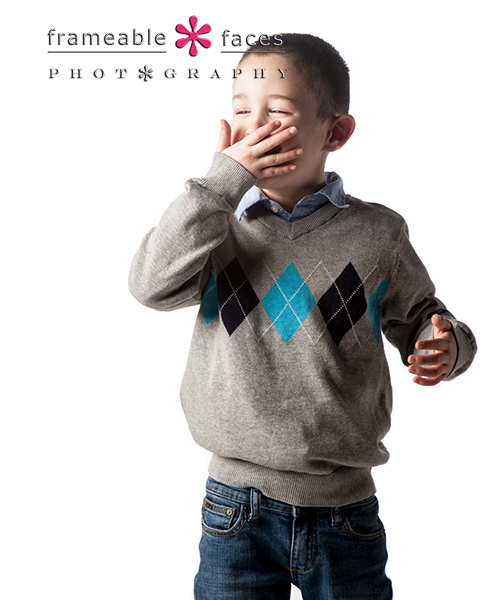 So cue the music – “These are a few of our frameable things…..”

You’ve probably seen or heard us gushing about Samira Cholagh and her cookbooks, one of which (Treasured Middle Eastern Cookbook) is available at our studio here in the Orchard Mall in West Bloomfield. We met Samira in 2009 as she was working extremely hard on her third book, and she needed someone to photograph the dishes she was going to feature. A special friendship was born (Believe that – Doug and food? Do you know Doug?) as we spent a good chunk of that summer at Samira’s home photographing and eating. It was incredible – this book focuses mostly on baking so we were eating pies, tarts, pastries, and cookies pretty much daily….. oy. Samira is the genuine article – sweet, generous, full of life, and her recipes are fantastic. We think the Food Network needs to discover her and have a show that focuses on middle eastern cuisine. Indeed, her show Samira’s Kitchen can be seen on MEA TV & Radio every Thursday at 7:00 PM and you can go to her YouTube channel or Middle Eastern American TV & Radio for more details.

We were very excited to see Samira on Detroit’s Fox 2 News again yesterday morning doing a cooking demonstration and promoting the new book A Baking Journey, and you can watch the clip from the show right HERE from the myFOXdetroit website! Meanwhile here are 4 photographs we took which appear in Samira’s book! 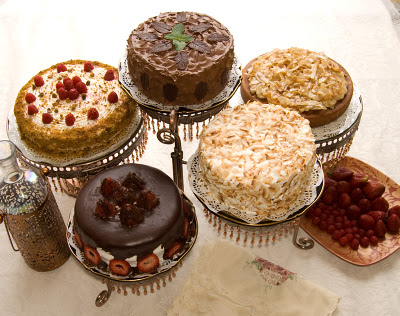 Yes – this is what we did with our summer that year…. 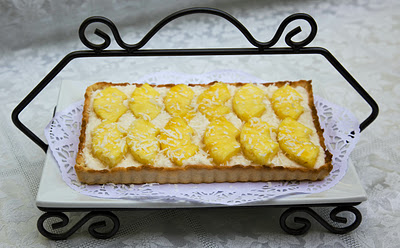 Pineapple and coconut – one of Doug’s favorites from the book… 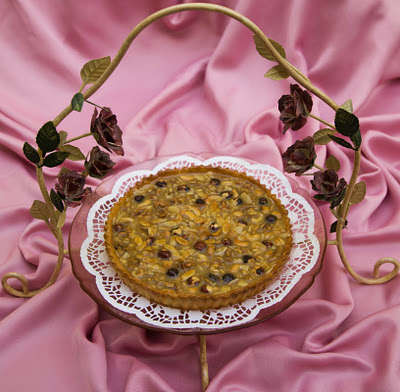 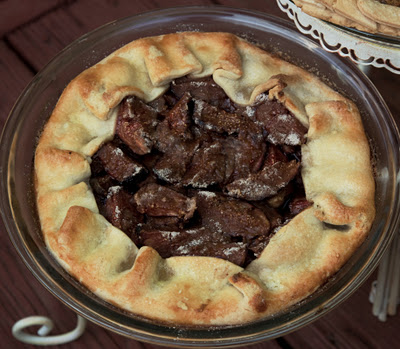