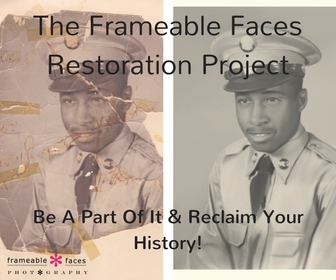 Photo Restoration is one of our favorite things to do – to help people restore and reclaim their history!  We also like the stories behind the photos we get to restore, and in this case Jason shared some background on the photo he sent us of his grandparents which was pretty badly damaged.  Jason (aka @LionCrownz) found us by tuning in to our Periscope broadcasts and you can join in on the fun there as well by following us at @frameablefaces at this link, or you can connect with us and check out the broadcasts on Twitter as well!

In this case Jason shipped us the photo which as you will see was in pretty bad shape.  We scanned it – here’s what it looked like: 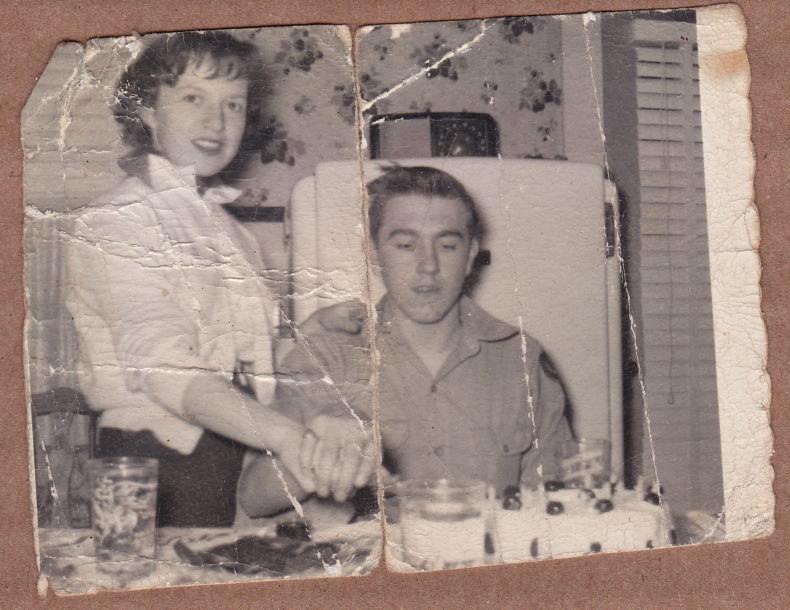 So that’s the “before”.  You can see that it was basically in two pieces with some fading and plenty of creases… 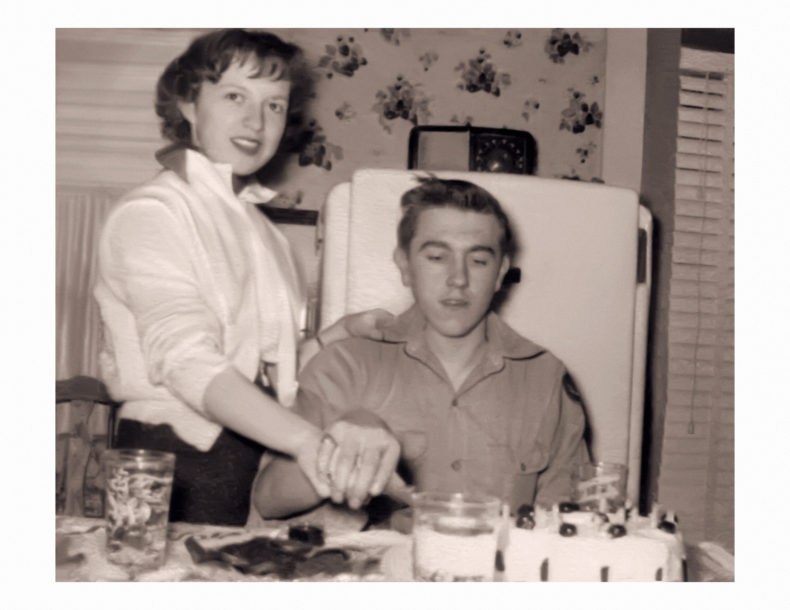 Let’s check in with Jason as he gave us the background on the photo.

FF: Who are the people in the photo?

Jason: The people in the photo are my grandparents!

FF: What can you tell us about their story and/or your relationship with them?

Jason: Their story is they met in high school and were high school sweethearts.  My grandparents got divorced when my mother was in grade school and I really did not get to know my grandfather until I was 14 but that was over the phone.  He was really absent from our lives for the most part.  I remember our conversations on the phone and how kind he was.  He always liked to pick and make fun and ask if I had a girlfriend.  I know my mother and I both were very grateful to have him back in our lives but shortly after he came back into our lives he was gone again because he had passed away of a heart attack at the age of 55.

FF: What does having this photo restored mean to you?

Jason: Having this photo restored to me means a lot because we do not have many photos of my grandfather and having it restored makes me feel closer to him because I still think of him often even though I did not really know him that well.  So it’s like a small piece of him is still with us even if it is just in a photo.