When Dena came to the studio and we started chatting we discovered that we had a couple things in common.  A couple mutual friends, sons similar ages – stuff like that.  The usual fun stuff.  So we got to discussing the session during the consultation with the usual details, what to wear, what color backdrops and those sorts of things.  We looked at Saturday May 21st as the date for the session and she said that’s cool – it’s the day after their anniversary.  We said cool – that’s two days after our anniversary!  “Oh” she said “what anniversary is it?  It’s our 20th!”  We said “What?  It’s our 20th too!!!”  How cool!  We got married on consecutive days in 1996!!!  What a great connection – celebrating 20 years one day apart and then together the day after that for a family photo session!  We knew this would be fun.

So Dena and Stephen came with their son Zak who we really liked – he seems like a great kid!!!  Don’t be shocked if you see him again on this blog in the not-so-distant future…  Let’s start with a photo of the happy family on the white background… 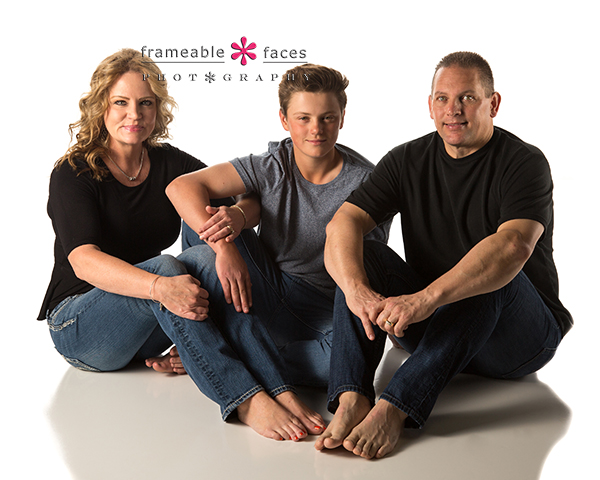 Now let’s focus in on just the happy couple… 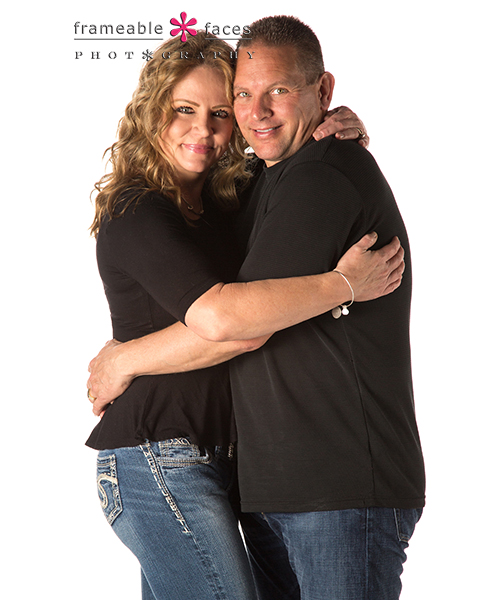 Before we get to the last two photos let’s take a look at our behind the scenes footage from the day!  First with our fun little 6 second looping Vine:

Next we have the extended replay of the live Periscope broadcast from the session with a live audience!  If you haven’t downloaded Periscope yet you can do so and follow us at @FrameableFaces at this link.

Okay we have a couple more photos to show – first one of a boy and his mommy!  How sweet! 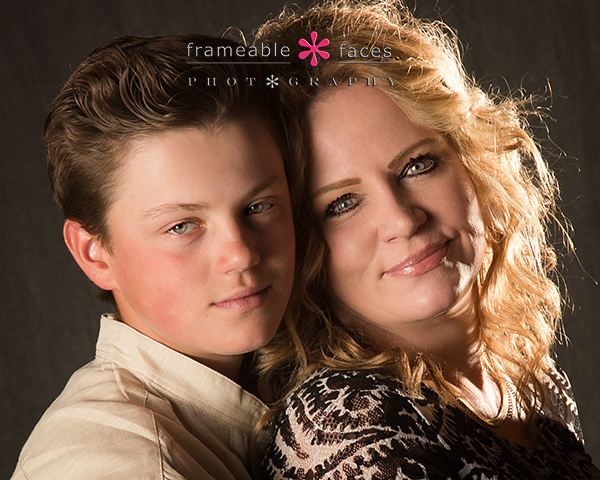 And lastly a dude and his truck! 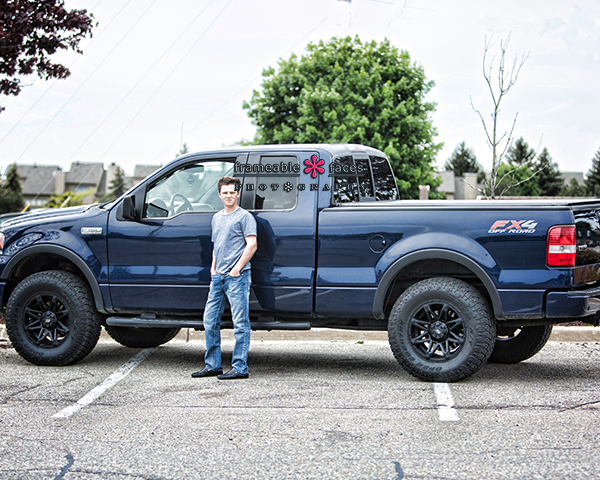 And there you have it!  We had a great time with these guys – on a similar path as ours!  We hope you enjoyed the highlights of their session!