Great Scott!  What an appropriate exclamation for Scott’s senior session!  We love this kid – he and his mom Marilyn are such a blast to be around and for us it was a lot of fun because Scott reminds us a lot of our son Tony.  He looks like him and he even talks and acts like him a little – it’s crazy!  The guy is an accomplished baseball player at Orchard Lake St. Mary’s Prep High School and that’s where we went to get some photos of this defending state champ at his home diamond.

But before we went on location to the field of dreams we started with some photos here in the studio on the black background, and you know what that could mean right?  Athlete, black background, could be some fire involved…..   But first we have a simple shot of Scott just being Scott – check it out: 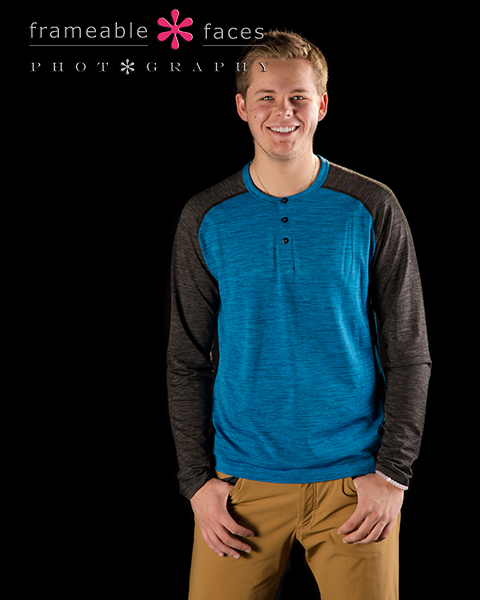 Okay so next Scott broke out a baseball bat and yep – we set it on fire for this cool photo: 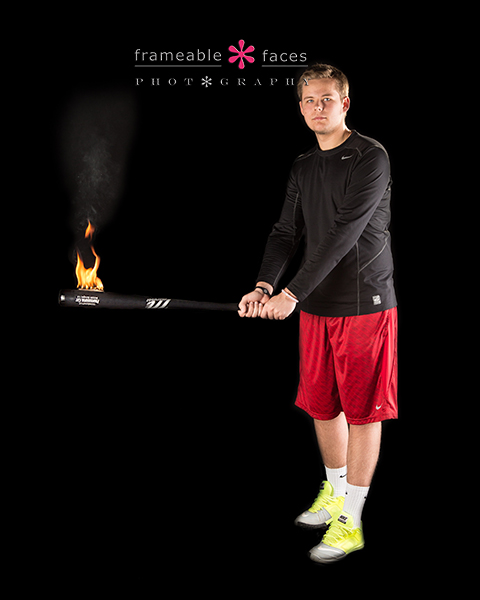 Now let’s take a look at some behind the scenes action from the day – first with our 6 second looping vine:

Next we have the Periscope replays from our YouTube channel.  You won’t see the live comments in these broadcasts but there was indeed a live audience commenting including Scott’s girlfriend who saw the notification in her twitter feed, grabbed the app and jumped into the conversation in the location segment of the replay – that was a first for us and it was hilarious!  You can download Periscope here and follow us at @frameablefaces!

As you saw in the live video we took a few photos around the campus, but we ended up at the baseball field where we’ll highlight a couple of great photos from the dugout… 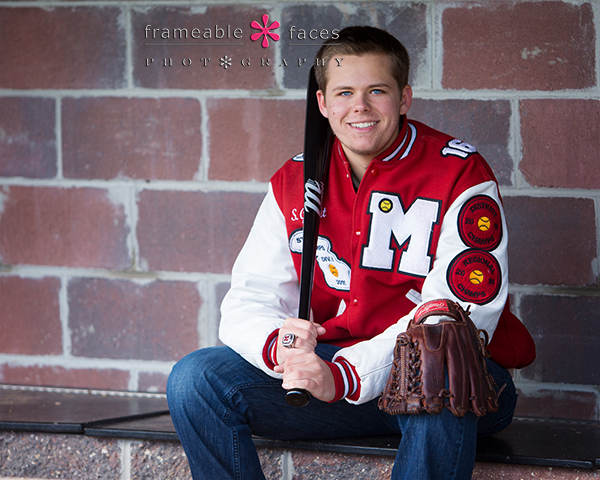 And there you have it!  Great Scott indeed!  We hope you enjoyed the highlights of our day with him!